Statement by the Mayor, Ada Colau, regarding the prison sentence handed down to pro-independence leaders by the Spanish Supreme Court.

VIDEO. Ada Colau: “Today is a sad day for Barcelona, for Catalonia and for all of Spain. We’ve seen an extremely harsh sentence handed to social and political leaders after two cruel years of preventative custody.”

Now we know the prison sentence given to social and political pro-independence leaders, as Mayor of Barcelona, the capital of Catalonia, I wish to express the following:

Today is a sad day for Barcelona, for Catalonia and for all of Spain: We’ve seen extremely harsh prison sentences of up to 13 years handed to social and political leaders, after two cruel years of preventative custody.

Firstly, I would like to express my solidarity with Oriol Junqueras, Raül Romeva, Jordi Turull, Dolors Bassa, Carme Forcadell, Joaquim Forn, Josep Rull, Jordi Cuixart and Jordi Sánchez. Also, with their families and loved ones, who are going through some very tough moments.

I would also like to make a special mention for Quim Forn, currently a councillor on this City Council, to whom I would like to convey all my support and denounce the severe anomaly which means he cannot exercise the function for which he was democratically elected.

I would also like to send a message to everybody, whether in favour of independence or not, who today feels hurt as we do by this sentence and who needs to speak out so that this situation of injustice is not normalised.

Right from the start, because of the circumstances surrounding it, this trial has been a step backwards in the rule of law, with accusations which responded more to a will for revenge than for seeking justice.

The solution to the open conflict about the relationship between Catalonia and Spain will not be resolved with more trials and more prison. We will not tire of saying it. The conflict we have in Catalonia is political. It is not a conflict between two positions. Fortunately, Catalonia is a plural and diverse country, and all positions should be listened to.

Since the ruling on the Estatut [Catalan regional autonomy statute], we have been in a spiral which expresses the worst political failure. The PP government mistakenly judicialised politics and the socialist government has not done enough to redress the situation. It has also made the mistake of making the general election call coincide with the announcement of this sentence.

What we have experienced is an erosion of everybody’s rights. Everyone has to be able to express themselves freely in democracy. In democracy we have to be able to understand the reasoning of others, even if we do not agree with them. In democracy, institutions must serve to resolve conflicts, not draw them out further.

These are key days, there will be big demonstrations, many declarations and positions. I call on political parties not to close any avenues in search of electoral gains, and, in light of the huge difficulty this unfair sentence represents, that we look for solutions and avoid the mistakes of the past.

Politics has failed so far and passed the buck onto the courts. But those with responsibilities in institutions cannot just sit back, and more than anything in the time ahead of us we cannot let down people who are waiting for us to find a path that leads us forwards rather than backwards.

As Mayor of Barcelona, I pledge to work tirelessly with three goals: freedom, political dialogues and democratic solutions to the conflict.

Firstly, we have to work for the freedom of all the political prisoners sentenced to prison today. Everyone is familiar with the important political discrepancies I have with the strategy of the pro-independence political leaders, but at the same time I am sure that only through their freedom will we regain a situation of democratic normality that overcomes the current deadlock. Steering clear of assumptions, we must explore the quickest and most effective way of achieving their freedom.

Secondly, we have to build all the scenarios that contribute to stable dialogue, for a political solution to the conflict we are experiencing. Barcelona, as the capital of Catalonia, as a city with a great tradition of dialogue and agreement, is willing to help find the solution and we will back initiatives promoting dialogue. That dialogue cannot be empty, but has to be real, sincere and respectful of the diversity of positions that exist in Catalonia.

Thirdly, we must offer democratic solutions to the conflict. Because of this I would like to call for institutional responsibility. Those with responsibilities in the institutions have a huge challenge before us and we must be up to it: let’s talk more, work harder for a solution and not for confrontation, find solutions and form part of the problem, put institutions at the service of this political dialogue and work for the freedom of the prisoners.

In the future, and as of today, we must work for dialogue and solutions. Also, on days like today it is as important as ever to humanise politics. With respect for the diversity of opinions, I call for sensitivity from all political leaders n relation to the suffering represented by the cruelty of this sentence and the years of prison it means.

Ideological distance can never be an excuse for not empathising, listening and understanding other people’s reasons, and that is something which must be demanded particularly of those with the most power, starting with the acting Spanish government. Because showing empathy is a sign of strength, not weakness. Politics has strayed too far from these values of empathy and understanding, but we can’t renounce doing this differently as it’s the only path possible. 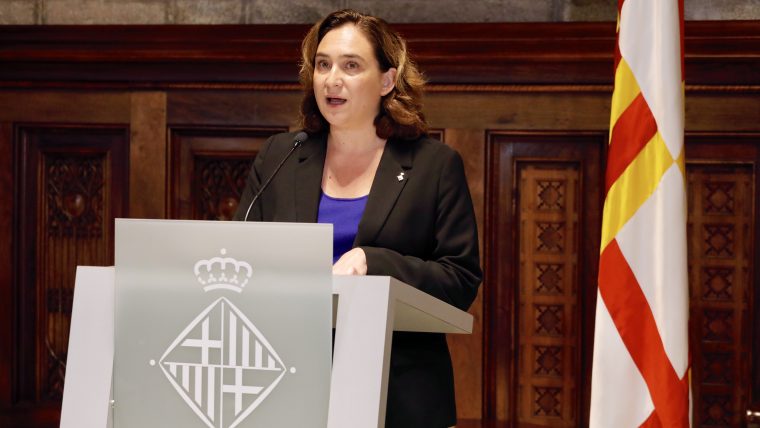