Close to 21,000 square metres of area, 220 trees, games areas, sports facilities and a design for filtering rain water. All these features will be present in the future park representing an impetus to the transformation of this Sants-Montjuïc neighbourhood. 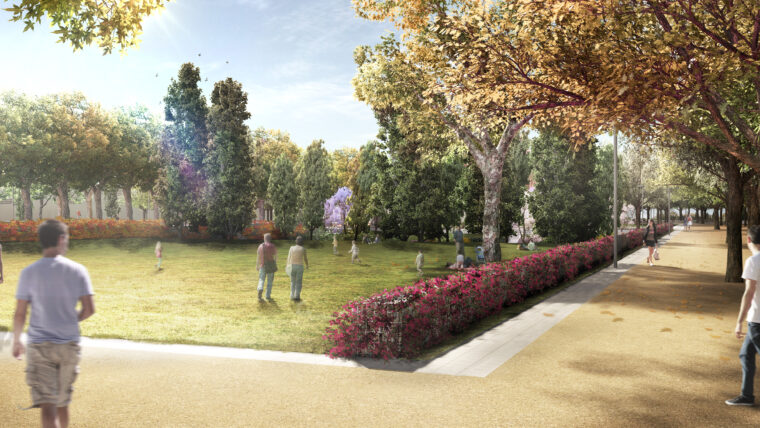 Construction work on the future park has already started and is expected to finish in the summer of 2023. Boasting an investment of some 5.35 million euros, this green square is located between C/ Pontils, C/ Ulldecona, C/ Cal Cisó, C/ Ferro and C/ Arnès.

The space will have several separate but inter-connected areas. There will be a small resting- and play-area meadow, on a gentle slope to help with holding children’s shows and other activities. A second, larger meadow is envisaged under the project, bounded by two vegetable walls, which will operate as a rain-water filter tank.

The park’s frame of reference will be its central small square, a meeting place offering a viewpoint of the two meadows.

There will also be a sloping garden with two side staircases, a central staircase and a ramp, as well as species of plants to bring as much colour as possible to the complex, including lavender, rosemary, Euryops pectinatus and Japanese cherry trees, to name just a few.

Finally, another garden will be located at the end of the large meadow’s gentle slope and act as a water-absorption area for sending water from the park complex to the aquifer. It will consist of river pebbles and feature plants expected in this type of pool: tamarisks and reeds and so on.

A facility for people of all ages

The new park will put the emphasis on children’s recreation and physical activity. It will have games areas offering swings, a zipline and several wooden elements signposting a route for runs.

But it will also provide for peace and tranquillity for people of all ages. Which is why some 220 trees will be planted and urban furniture installed to invite visitors to rest there (108 benches and 76 chairs), such as bicycle parking places, fountains and lights.

A name with a history and local-resident involvement

The park is named after the Tretze Roses [Thirteen Roses], a group of thirteen girls, some of them members of the Unified Socialist Youth (JSU), who were executed by firing squad on the orders of the Franco regime in Madrid on 5 August 1939, shortly after the end of the Spanish Civil War.

The name was the one most voted for by local residents during an open consultation, which featured voting stations in several of the neighbourhood’s facilities.

Besides being a leisure area connected to nature, the park will also represent an impetus to the transformation of the La Marina del Prat Vermell vicinity, to create a new neighbourhood expected to make way for some 28,000 residents and 12,000 dwellings, create between 8,000 and 11,000 jobs and revitalize a 75-hectare environment equivalent to 40 Eixample blocks. 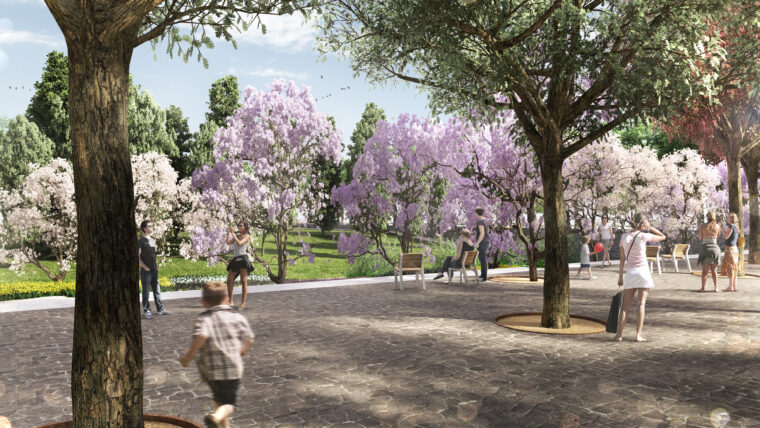 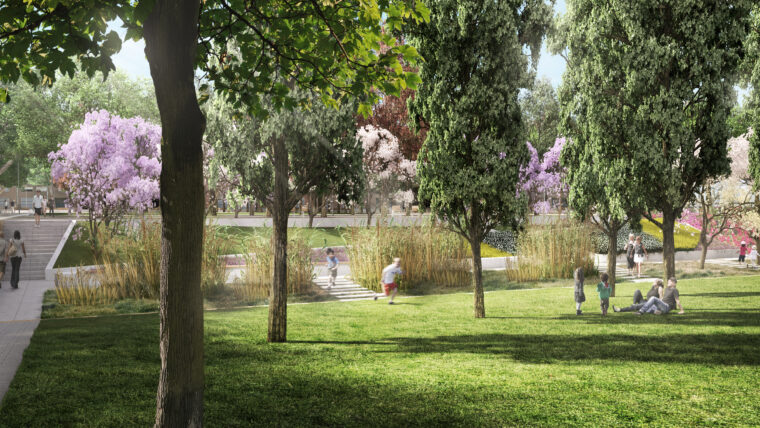