Declaration demanding the release of the aid worker Juana Ruiz

The Municipal International Cooperation Council has approved a declaration calling for the immediate release of Juana Ruiz, an aid worker who has been living and working in Palestine for over three decades. The declaration also calls on state administrations to take the necessary steps to ensure the worker’s welfare and clarify the situation. 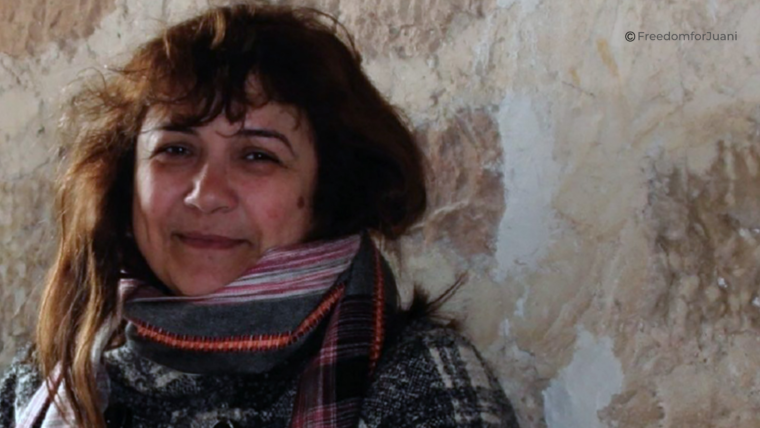 Juan Ruiz was detained at her home in Beit Sahur (West Bank) in the early hours of 13 April. Ruiz has lived in Palestine for over 35 years, devoting most of her life to the defence of human rights and humanitarian projects for health and social rights among the Palestinian population.

Her current work is as a project coordinator for Health Work Committees (HWC), a leading healthcare organisation in Palestine which has implemented dozens of social and health projects with the support of Barcelona City Council.

Juana Ruiz was detained without the existence of any charges against her, only the pretext of being questioned. Her arrest and current detention in a military prison have been carried out under the context of military legislation which many organisations consider as contravening human rights.

The declaration was approved by the Municipal International Cooperation Council, the city’s advisory and sectoral participation body for matters relating to cooperation and education for global justice. The body regularly brings together City Council representatives and different stakeholders from the field of international cooperation to create bonds and drive joint initiatives.

Letter from the Mayor to the Israeli Ambassador

Besides the declaration, the Mayor, Ada Colau, sent a letter to the Israeli Ambassador to Spain last Tuesday, condemning the imprisonment of Juana Ruiz and demanding her release.