The competition has now concluded for projects to revitalise the Parc dels Tres Turons as a green lung for the city, preserving its biodiversity, fostering activity and improving its relationship with adjacent neighbourhoods. Each of the winning proposals will develop a draft project for a sector of the park, which will then be defined through a consensual project with local residents. 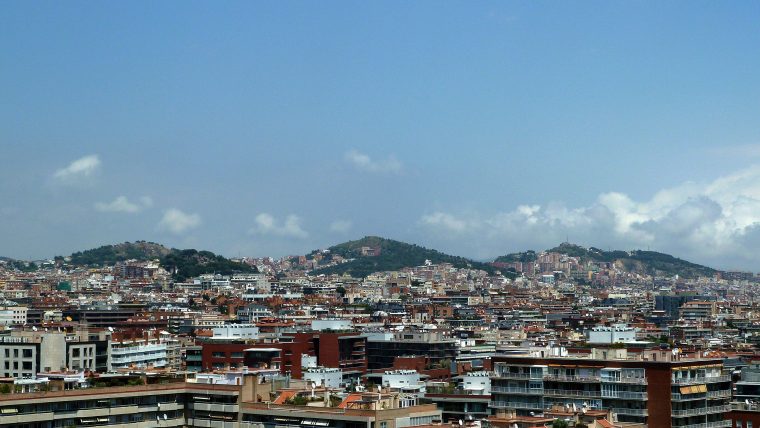 The area involved covers 82 hectares of the park, land which is categorised as parks and gardens according to the urban planning classification of 2010, with three different sectors. It excludes the consolidated parks of Park Güell, Parc de la Creueta del Coll and the historical part of the Parc del Guinardó.

The project ‘El camí és la natura’ (Scob Arquitectura and Paisatge i Idom Consulting) offers a more rational layout of the current routes around the park, illogical in some cases at present, with a system of streets, paths, viewing points, gardens and interconnecting narrow paths, keeping the creation of new paths to a minimum.

The project also sets out an area which cannot be trodden on, helping avoid erosion and preserve vegetation there.

Relationship with the surrounding area

The proposal ‘Ordre i aventura’ (Estudi Martí Franch Arquitectura del Paisatge, SL) centres on the northern and north-western strip of the park, the section closest to the urban surroundings, the idea being to achieve greater continuity between the green area and the residential areas.

The project ‘Cohabitar natures’ (Agence Ter, Ana Coello de Llobet, SLP, and AudingIntraesa, SA) covers the most urban sector of the Tres Turons, around the old Can Baró quarries.

The goal is to get the best out of this area as a space combining nature and use by locals, establishing a good relationship between homes and public space. The project also provides a definitive response for residents who have to be re-housed according to the urban plan for reorganising the park, approved in 2010.

The project includes transforming the interior spaces of the four quarries into gardens for everyday use, relocating the current car park and the Parks and Gardens facilities at the largest quarry to arrange the new homes more appropriately.

The Parc dels Tres Turons is the most prominent natural space along the Collserola-Ciutadella green corridor and one of the largest in Barcelona (123 hectares). It includes the hilltops of La Rovira, El Carmel and La Creueta del Coll and also stands out for its diverse habitats, the amount of greenery and the rich fauna that lives there. 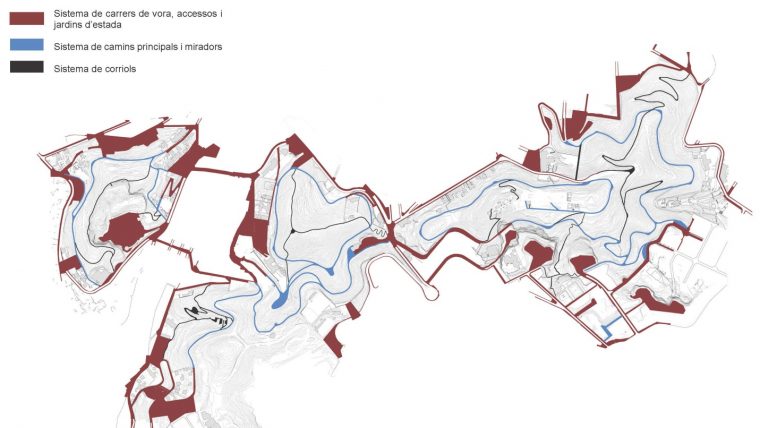 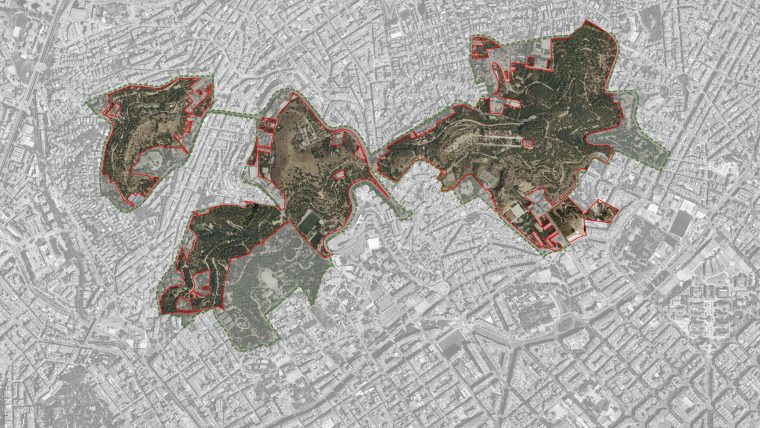