Today sees the start of building work on the new Prosperitat Youth Centre, in Passeig de Valldaura, 271-289, as well as reurbanisation work on its surroundings. The initiative represents a municipal investment of 4.8 million euros and is expected to last 15 months. The new facility will replace the current centre, which has been located in temporary modules in Av Rio de Janeiro since 2010.

The Prosperitat Youth Centre is the heart of citizen relations and participation among the neighbourhood’s youth, and the building aims to reflect this reality: a place for meetings, exchanges and discussions. The new facility will occupy a total area of 1,340 square metres, distributed between ground and first floors.

The ground floor will be coordinated around the central courtyard; thereby keeping the current centre’s operational model, which is highly valued by the centre’s users. The courtyard is planned as an extension of the interior rooms to provide space for numerous activities; in addition, it will have metal tiers of seats for carrying out individual activities and a climbing wall. The floor will include the lobby and reception, a meeting space and a small cafeteria with an exit to the courtyard.

Another of the main spaces on that floor will be the large multipurpose room, an open space allowing activities to be held for larger numbers of people; it will therefore become the facility’s largest public space. The ground floor will also house the rehearsal room and its control cabin, the recording room and multi-media classroom, with set and storage room. Finally, there will also be an internal workroom and a meetings area.

The first floor will become the space for external activities. It will house, on the one hand, cookery, modelling and photography workshops and a multipurpose room especially adapted for doing yoga, with changing rooms. And on the other, two youth project incubator rooms, one being convertible into two units; a communication-creation classroom with a workspace for establishing a radio team there, and a recording room and control cabin. A space will also be allocated there as a storage room.

History of the Prosperitat Youth Centre

A group of children from the Prosperitat neighbourhood in the Nou Barris district began a programme back in 1981 to plan activities for young people, given their need for having their own space. A socio-cultural space was then opened in 1988 in C/ Joaquim Valls, 82. Eleven years later, the centre’s own users took over the management creating the Prosperitat Socio-Cultural Youth Association (AJSCP), which continues its managerial work to this day.. 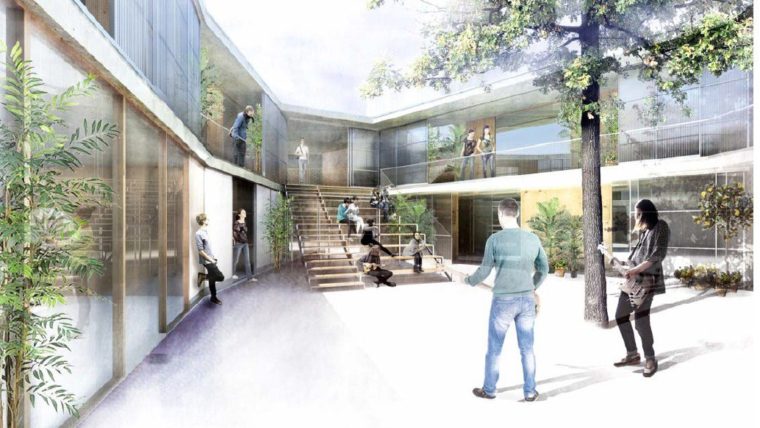