Preventive warning for pollution from PM10

As of Friday, 26 February, the Government of Catalonia’s Directorate-General for Environmental Quality and Climate has deactivated the pollution episode protocol for PM10 but is keeping the warning stage active due to the presence of particulate matter. The City Council has activated a series of measures to tackle the pollution. 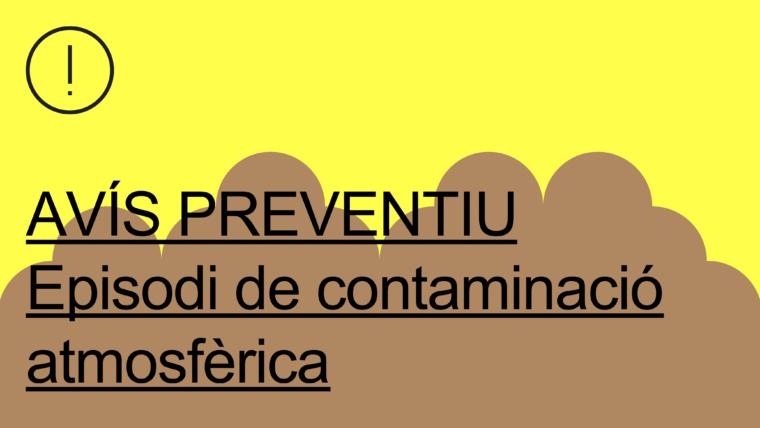 On Friday, 26 February, the Air Pollution Monitoring and Forecasting Network in Catalonia (XVPCA) recorded a drop in levels of particulate matter with a diameter inferior to 10 micrometres (PM10). Levels remain high though, and so the preventive warning stage remains in place for pollution from PM10. Given the situation, Barcelona City Council has made a series of recommendations for people to help improve air quality and not generate more particulate matter.

The City Council recommends people get around on foot or by bike using streets with the lowest volumes of traffic, or use public transport, avoiding the use of private vehicles. If there is no other option, car sharing is recommended, along with efficient driving techniques (pull off slowly, cut speeds, use lower gears to slow down, avoid sharp braking and accelerating etc.).

People are also advised to adjust home heating or cooling systems, and those who are particularly sensitive to the effects of air pollution to switch sports routines to the times of day when pollution levels are lower, for instance in the evening or at night.

The City Council is also acting accordingly by increasing the watering down of streets with the most traffic, avoiding the use of blowers and watering down unpaved parks. Those in charge of building sites are also being warned to comply with the plan on environmental care.