A plaque in honour of the writer Ana María Matute

As from today, the façade of the building at C/ Plató 20, in the district of Sarrià - Sant Gervasi, features a plaque in homage to the novelist Ana María Matute, one of the most important voices in Spanish literature from the 20th century. 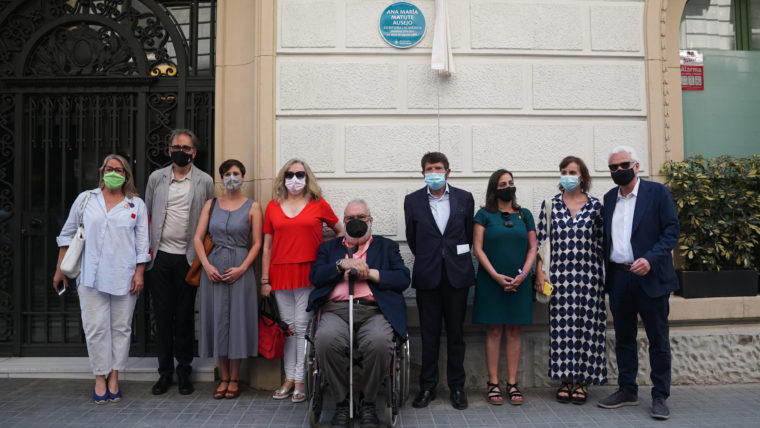 Ana María Matute Ausejo was born in 1925, the second of five children in a conservative religious family. She spent her childhood in Madrid, and due to a serious illness also spent a period living with her grandparents in La Rioja.

In 1948, at the age of 23, she published her first novel, Los Abel, a dark and tense account of a family in the post-war period. The book was shortlisted for the Nadal novel award and signalled the start of a long and successful writing career. With a realist and often dreamlike and poetic style, Matute became established as one of the most important novelists writing in Spanish in the second half of the 20th century.

Her work includes novels, short narratives and stories, notably: Pequeño teatro (Planeta Award, 1954), Primera memoria (Nadal Award, 1959), La torre vigía (1971), resulting from her fascination with the medieval world and literature relating to knights, Solo un pie descalzo (National Award for Children’s and Young People’s Literature, 1984) and Olvidado Rey Gudú, her most ambitious novel, which she worked on over the course of three decades and which was published in 1996. Her novel Demonios familiares was published posthumously in 2014.

Matute was the fourth woman to hold a seat in the Royal Spanish Academy. The most notable of the numerous awards and recognition she gained over the course of her career were the National Prize for Spanish Literature (2007) and the Miguel de Cervantes Award (2010).

The unveiling of the plaque at the house where the writer lived forms part of the Barcelona Literary Map, which marks the locations of streets and corners inhabited by, frequented or immortalised by writers from all periods and of all origins. In addition, the writer also became part of the city’s street name index in March: Carrer d’Ana María Matute is now one of the growing number of women’s names paying homage to people around the city’s streets. The goal of feminising the street name index is to give visibility to and recognise the role of many women who have contributed to social development in spheres as diverse as literature, politics, science and teaching. 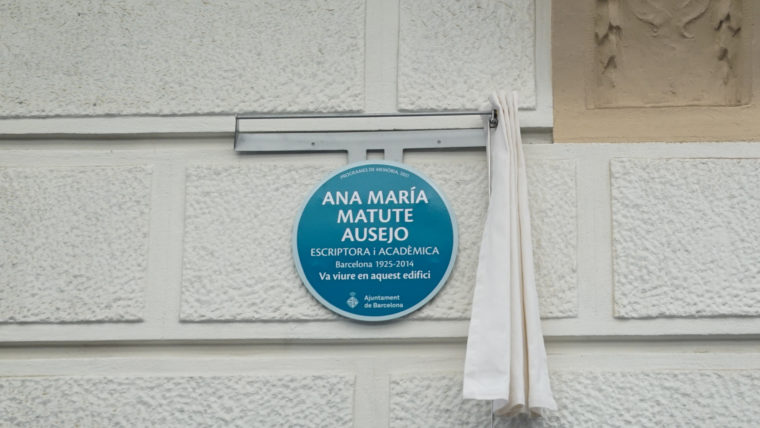 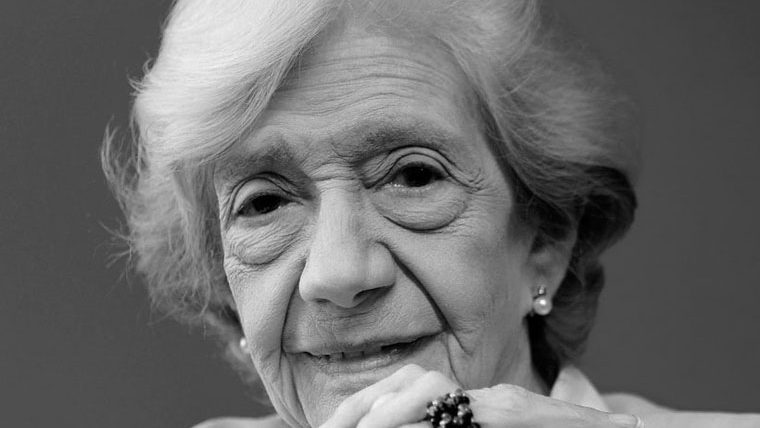