Electric scooters are not toys and must respect traffic regulations

Personal mobility vehicles, particularly electric scooters, are expected to be hugely popular as gifts this Christmas. A campaign is being run to distribute 80,000 leaflets around shops in the city to remind people of traffic regulations and ensure that different means of transport coexist properly in the city. 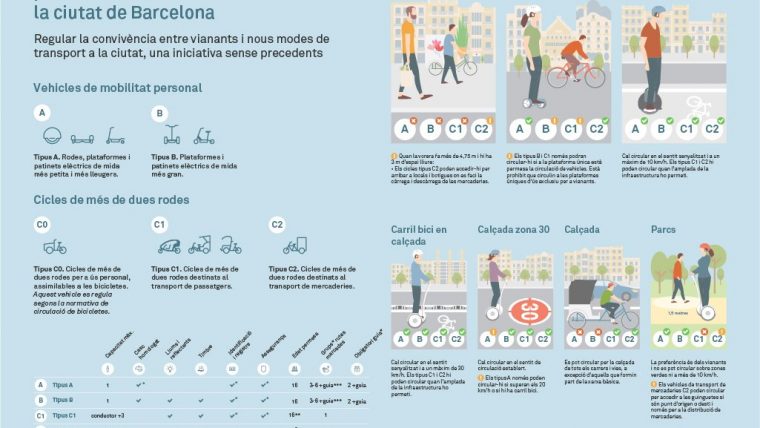 Barcelona’s by-law on the circulation of pedestrians and vehicles is a pioneering measure in the world as it includes the regulation of electric scooters, Segways, electric wheels and vehicles with more than two wheels which are used for commercial ends, transporting passengers or goods.

Who can circulate and how?

Anyone using a personal mobility vehicle (PMV) in public streets should be at least 16 years old.

Protective helmets are recommended and are obligatory when using vehicles which weigh over 25 kg. The maximum speed permitted for these vehicles is 30 km/h.

Where should PMVs circulate?

Electric scooters, electric wheels and Segways must use bike lanes, sticking to a maximum speed of 10 km/h if the lanes are on pavements and 30 km/h if they are on a road surface.

These vehicles can also circulate in public parks, curbless streets and if they are capable of going at 20 km/h, in areas where 30 km/h speed limits apply.

Commercial or recreational use

Vehicles with more than two wheels which are put to economic or recreational use, such as bike taxis, can use bike lanes (width allowing), curbless streets, 30 km/h areas and road surfaces which don’t form part of the city’s basic road network.

In the case of goods vehicles, besides using these lanes and areas, PMVs will also be able to circulate in public parks if they have to access commercial premises and can also use pavements wider than 4.75 metres (with 3 metres of available space), but only to get to their specific destination.

Other restrictions also apply for enterprises using electric scooters and Segways for groups: obligatory presence of a guide, and if the group is made up of between three and six people they will only be allowed to circulate using established routes.

Regulations which adapt to neighbourhoods

The by-law allows for more restrictive regulations in the districts with the highest density and usage.

One example is Ciutat Vella, where PMVs can only circulate using established routes in order to guarantee a balanced use of public space and compatibility with local residents. 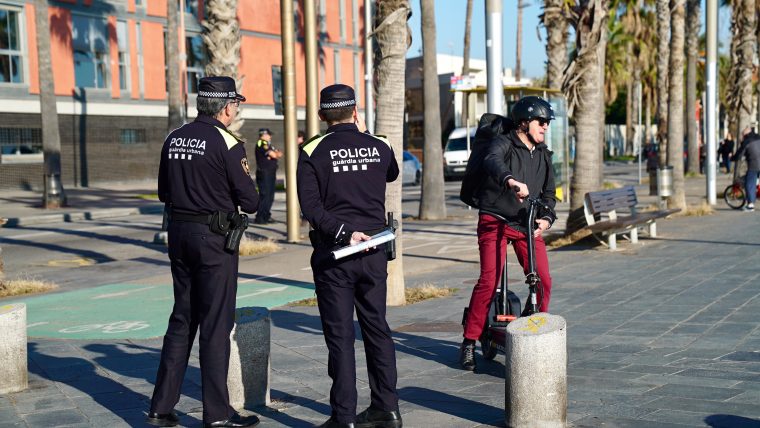