Health measures and an adapted programme characterised this year’s local festival in Gràcia, which despite the restrictions offered over 260 activities, such as decorated streets, balconies and commercial establishments, and activities for children. 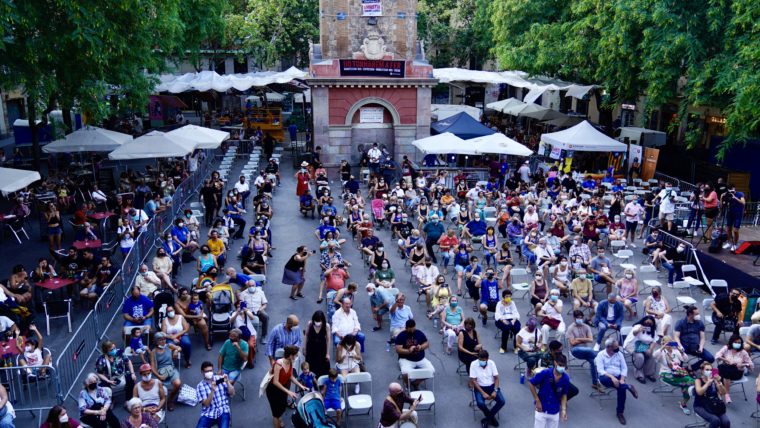 The health restrictions in place for Covid-19 forced a revamp to the Festa Major de Gràcia, and while the traditional street decorating competitions could not go ahead the event managed to have 21 decorated streets in the neighbourhood thanks to the efforts of their festival commissions. The only competition which could be held was for the decoration of balconies, doorways, windows and commercial establishments, with a total of 28 prizes awarded.

Of more than 260 programmed activities, the most notable section was for activities aimed at young children, which accounted for 35% of the programme.

Health measures during the festivities

In an effort to offer safe activities without crowds forming, health and prevention measures were applied from the outset and included spaces with perimeters, small-format activities, safety distances between seats and controlled access to streets.

Reservations for activities provided one of the key elements for the festivities, to control the flow of people in different spaces: some 72% of attendees registered beforehand, while data for the other 28% were registered upon entry.

Live and from home

To promote participation in the festivities from home, some of the most notable activities were streamed. These included the opening speech, opening ceremonies and some popular culture events, attracting 21,537 views in all. The final event was the fire run, which was also shown live from 9 pm on the district website.

Gràcia’s local festival devoted a space to remember Jordi Fàbregas, founder of the Centre Artesà Tradicionàrius, cultural activist, musical creator and promotor, who died in January. A tribute was organised on 18 August together with the Associació Cultural Tram, the Colles de Cultura, the Fundació Festa Major de Gràcia and the District of Gràcia. The occasion included the traditional dance by the City Eagle and the dance by the Giants, along with a concert with songs from the LP Almanac.

Fàbregas was a highly active person, committed to the local festival in Gràcia. He was the figure behind the Plaça del Folk and composer of much of the music for the festive entourage of Gràcia’s popular culture groups.

For some years not the neighbourhood has been making an effort to include activities adapted to people with different types of disabilities so they can enjoy the celebrations. Examples include the audio-description programme with the Whereis app for the blind, and other initiatives linked to the city’s role as the world sustainable food capital.

An anti-sexism information and advice point was also set up in Plaça de la Revolució during the festivities, to prevent possible cases of sexual harassment and provide advice and support for people in response to any sexist violence, LGBTI-phobia or sexual aggression in public space. Teams were also out and about in the different festival areas.

As ever, the District of Gràcia also geared its efforts towards the harmonious and compatible use of public space during the festivities, installing 138 public toilets, 26 of them adapted.

In terms of cleaning, organisers again made a significant effort to keep streets clean and promote a sustainable festival which was respectful towards the environment. Reusable cups were used to eliminate single-use plastic ones, with selective waste collection promoted at the different festival spaces to dispose of decorations.

Specific cleaning teams were also strengthened, 659 cardboard litter bins set up and a special cleaning operation implemented for festival spaces, with waste collection and cleaning with water in public spaces. In the period up to 19 August, 46 tonnes of waste were collected through selective collection and street cleaning. 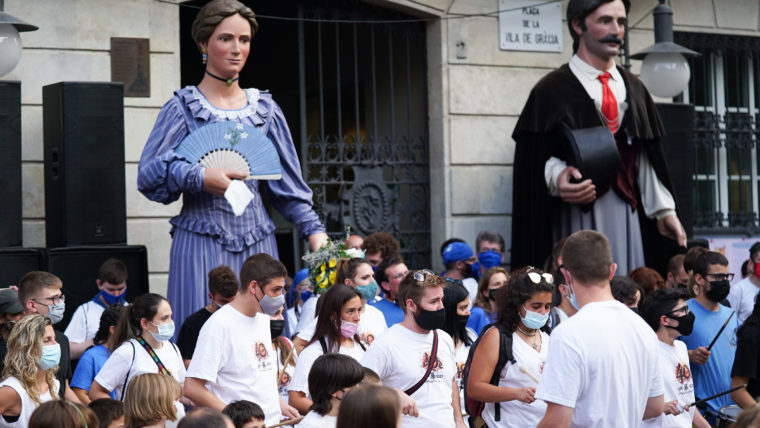 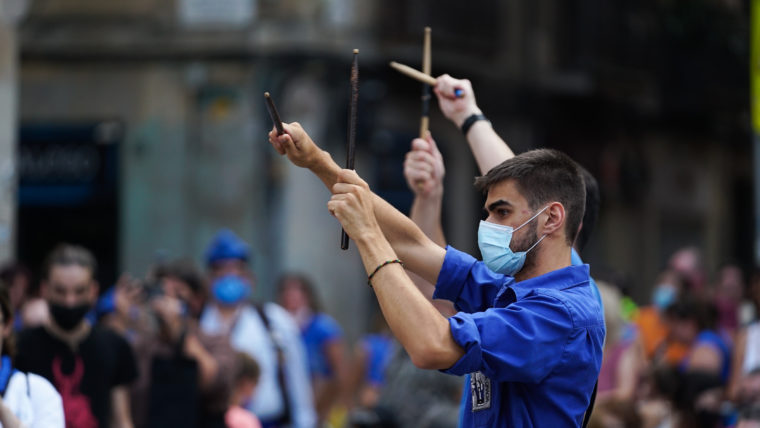 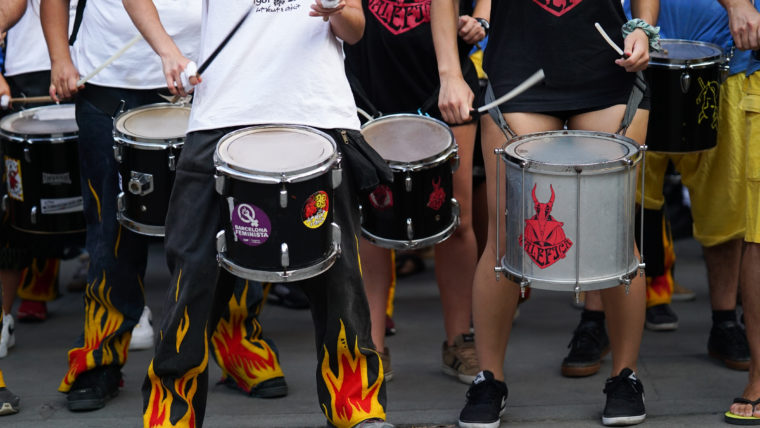 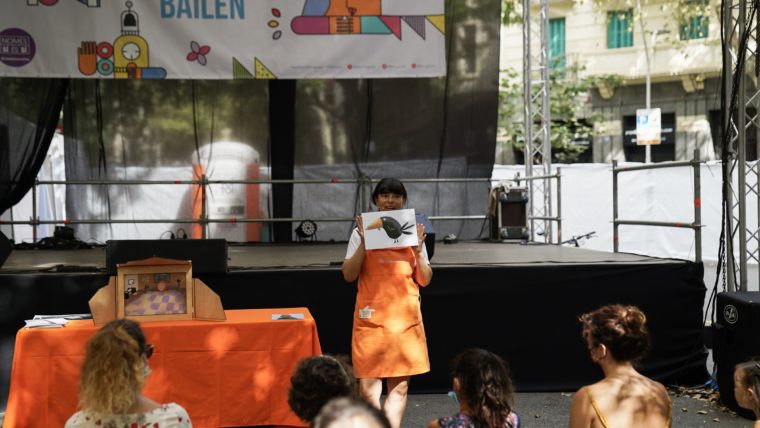 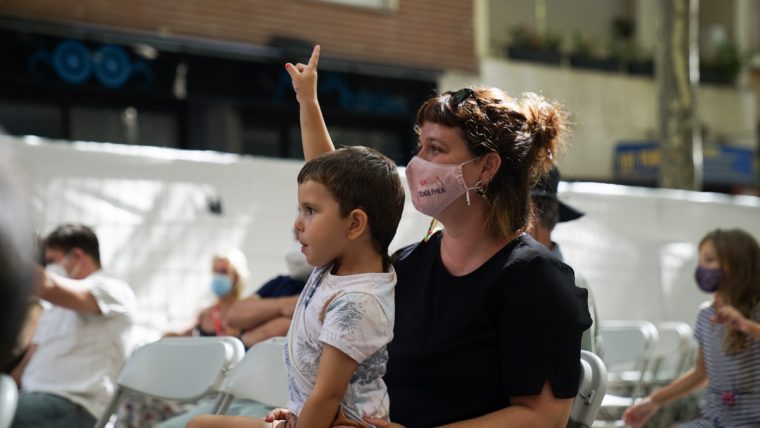 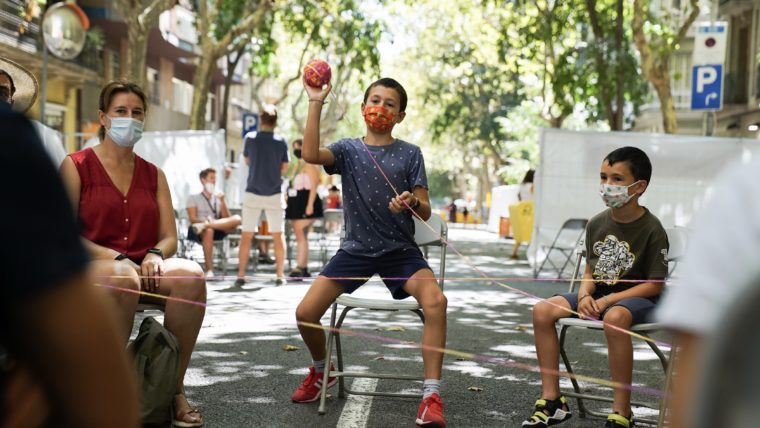