For beaches free of plastic and waste

Some 150 people went along the city’s beaches this morning, tasked with collecting the rubbish that accumulates on the sand, work they carried out with support from the municipal cleaning service and with several organisations taking part, thanks to which they managed to remove 110 kilogrammes of rubbish. 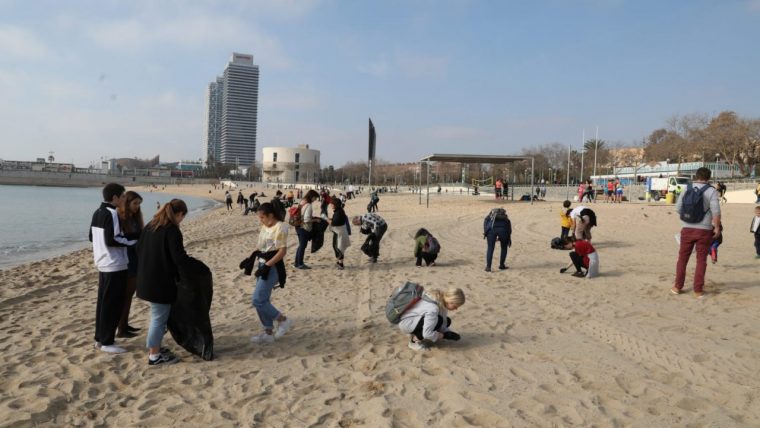 Fag ends, plastic and glass bottles, toy parts … and so on until over a hundred kilogrammes of waste had built up, spoiling the city’s beaches and sea and putting especially vulnerable ecosystems at risk of pollution. The rubbish- and plastic-collection operation carried out this morning was aimed at not just cleaning up the coast but also at raising awareness of the importance of reducing to zero the waste that is created, whether by recycling, reusing or reducing rubbish. Such work, which requires co-responsibility from the city’s residents, authorities, companies, associations and shops, is crucial if we are to preserve our urban ecosystems. A large part of the waste collected this morning from Plaça del Mar up to the Bogatell beach breakwater had been dragged onto the sand from Storm Gloria.

The municipal cleaning services are tasked with maintaining the beaches, with units operating both on the sand and in the water. The service has four boats that collect floating plastic along the coastal shore every day and prevent such rubbish from ending up lost in the deep sea. The investment for cleaning the coast comes to 2.5 million euros every year, a figure that could be cut by as much as 25% if the people using the beaches stopped leaving rubbish dumped on the sand and in the water.

The more than one hundred kilogrammes of waste collected, much of which come from the sea, are an alarming sign of the state of pollution of the coastal zone and of the need to tackle it with a joint strategy from all areas of society, as stated in the city’s Climate Emergency Declaration issued at the start of the year. 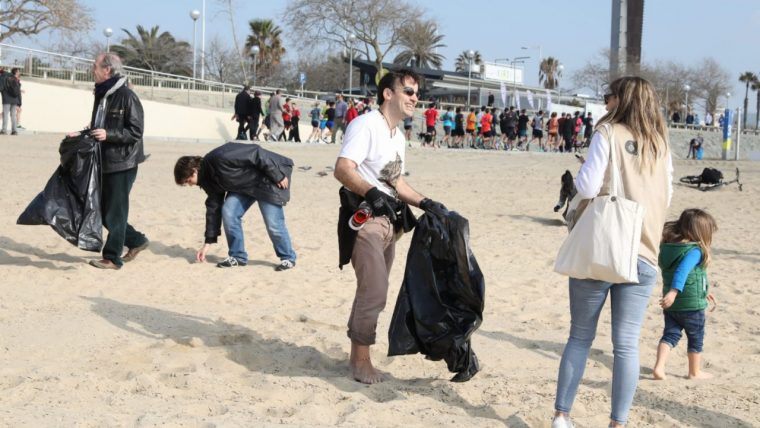 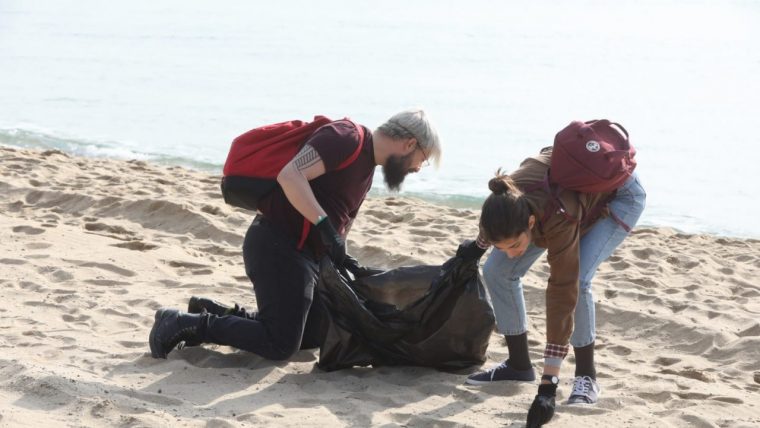 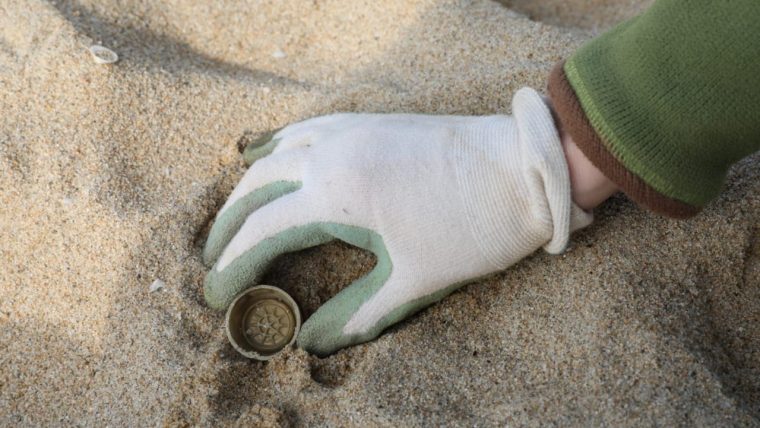 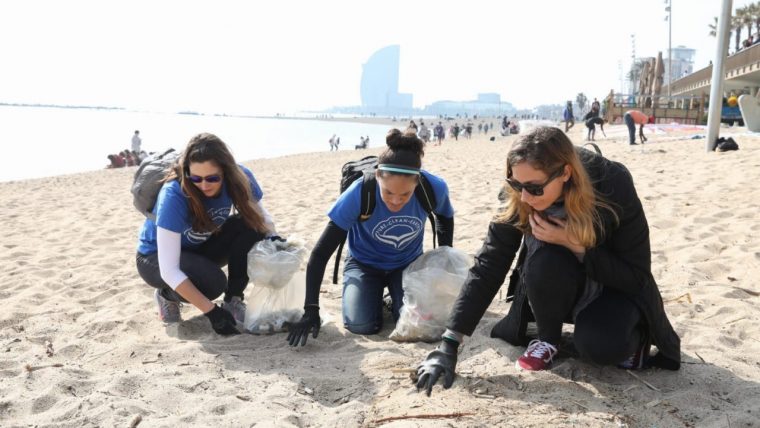 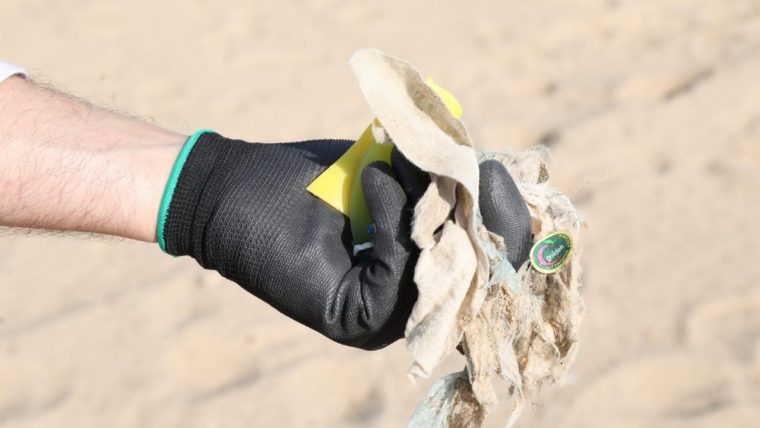 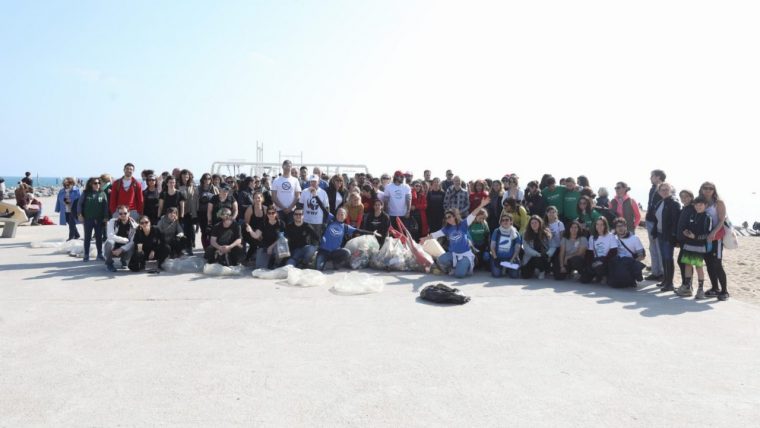 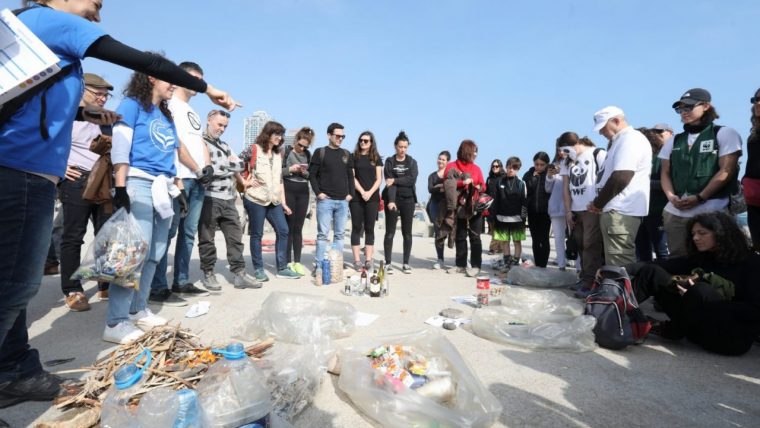