Budgeted at two million euros, work will be carried out to re-pave the surfaces and repair all the damage in Plaça de Sant Martí de Provençals, a project that includes the requests made by the public during a participatory process. 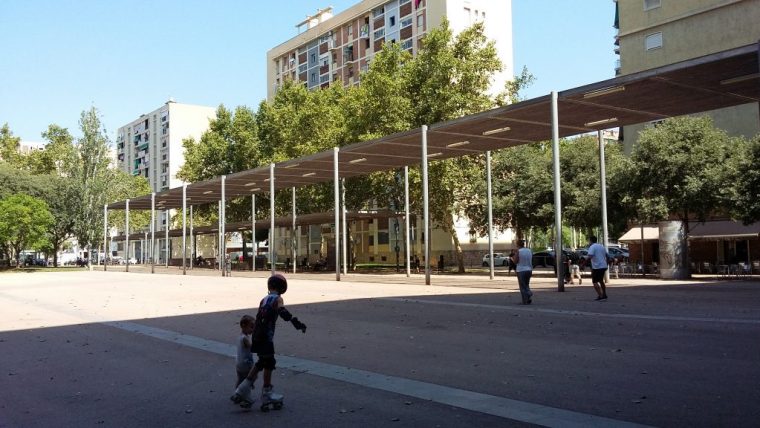 The project involves repairing all the damage in the square that has been causing water leakage and other problems in the underground car park below. The current paving and urban furniture there will be replaced to waterproof the area.

What is more, es the distribution of the space will be re-organised in response to requests made by city residents during a participatory process that finished in the spring of 2019.

Once final approval has been granted, the project will go through a tendering process, after which work is expected to start in September and estimated to last for 8 months.

The work on the car park represents the first stage of the improvement to Plaça dels Porxos. There will be a second stage involving the urbanisation of the other elements agreed to.

The project work on the square was approved at the Sant Martí Full District Council Meeting of December 2016, with an undertaking to develop it through participation. In 2017 the first action was taken with a drawing competition for children at the Els Porxos primary school.

The subsequent participatory process with local residents and associations discussed and debated the improvements, carried out a joint diagnosis of community-life challenges and user needs and, finally, led to the agreed proposal to improve the design of the square.

Plaça dels Porxos has been a reference area in the Sant Martí de Provençals neighbourhood, ever since the fight to preserve it in 1982. It is a meeting space with numerous residential uses. 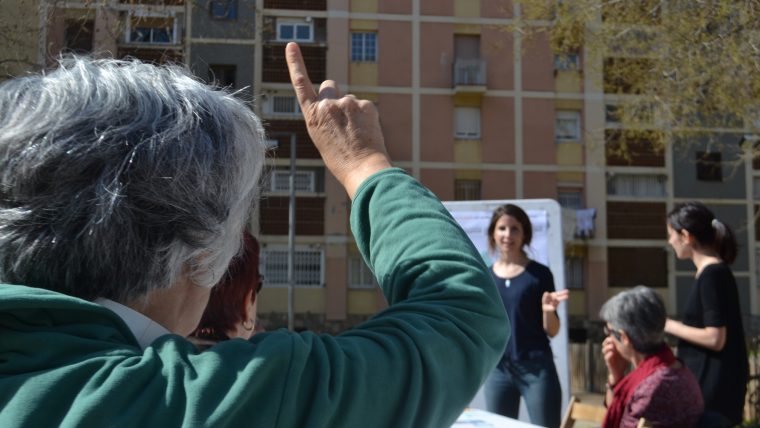