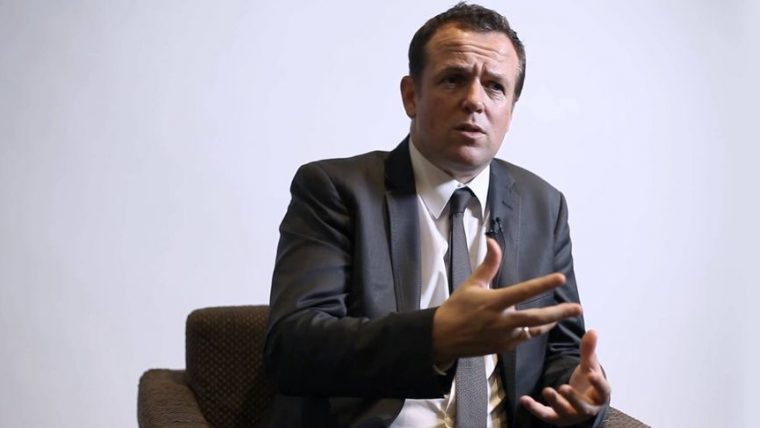 Housing Europe is the European Federation of Public, Cooperative & Social Housing. More than 40 national and regional federations in 24 countries work together in order to provide decent and affordable housing to people all across Europe.

We have talked to Cédric Van Styvendael, the President of Housing Europe, to know the current and future challenges and opportunities of social housing.

What is Housing Europe and what does it do?

Housing Europe is a network of 45 national and regional federations gathering 43.000 housing providers in 24 countries. Together they manage over 26 million homes, about 11% of existing dwellings in Europe.

Social, public and co-operative housing providers have a vision of a Europe which provides access to decent and affordable housing for all in communities which are socially, economically and environmentally sustainable. Therefore, they do not just provide affordable homes but a number of other services such as home care and support services for residents with specific needs, additional services for tenants, neighbourhood services, etc.

In Barcelona and other European capitals it is increasingly difficult to access a home. What are the main threats to the right to housing in Europe? What are the reasons behind these threats?

A few months ago, the Housing Europe Observatory published The State of Housing in the EU, the 2017 edition of our biennial compass of Europe’s housing sector.

According to the findings of the report, the recent ‘recovery’ in housing markets is far from benefitting everyone. More concretely, housing has become the highest expenditure for Europeans and overburden rate remains stable at high level, hitting disproportionally harder the poor. 4 out of 10 Europeans below the poverty line are overburdened by housing costs according to Eurostat. Also, house prices are growing faster than income in most Member States, while inequality and housing exclusion are mutually reinforcing.

The state of housing in the European Union today remains critical and calls for an integrated approach bringing together political will from the governments, inclusive planning at local level and innovation from the construction and renovation sector. We cannot keep approaching housing policy with the tools of the past… In such a co-productive process, public, cooperative and social housing providers are the key to unlock the full potential of our cities.

What measures should the European Union take to defend more effectively the right to housing? And the national governments?

In a recent campaign called Housing for All that we designed to address the global housing challenges, we identified three things that need to be done quickly to move away from the housing crisis:

The overall priority of governments should be to make sure that we move away from financialization of housing. Whether it is taxation policy, land-use planning or broader housing policy, decisions must be guided by the needs of residents for adequate, affordable and secure housing, as opposed to the financial security and gain of investors.

In the end of the day, access to adequate housing is a basic human right. Investing in affordable housing comes with a high return both socially and financially, on the one hand saving health care expenses while on the other hand improving the protection of vulnerable groups.

Which cases of good practices could be highlighted in European cities or countries regarding the promotion of the right to housing through laws or other projects?

I would rather start by asking how does one promote or enforce the right to housing? The desired combination would include legislative measures as the inclusion in the constitution, a housing strategy that clearly defines the providers, the eligible target groups and the funding mechanisms but also the tenancy law.

This last bit is quite crucial to avoid phenomena that hit Spain heavily like massive evictions. To this end, I think that the work done through the TENLAW project bridged an important gap at European level.

The City Council of Barcelona is promoting a public-private housing operator to build social rental housing or with prices below market rates. What are the experiences in Europe about it? Is it a successful model?

Public-private partnerships (PPPs) are not very widespread in Europe. Private investors do seem to have found adequate incentives to be involved in the housing market to provide good quality homes to those more in need, although there is significant and stable return both financially and socially.

It’s a tricky balance to strike when it comes to incentives, as the PPPs may end up becoming a burden for the public purse. There is also the risk of pursuing the PPPs for a limited timeframe, for example 20 years, after which the housing projects goes freely to the market.

Overall, I think there is unlocked potential in PPPs and we may end up seeing more of them in the coming years. I am confident that Barcelona may pave the way…

The City Council of Barcelona is asking the Spanish government to have its own tools to control private rental market. What measures have been taken in Europe to control this market and what are the results?

We’ve seen similar practices elsewhere. For instance, Germany introduced in 2015 the so-called Mietpreisbremse (rental price break). From 2015 onwards, when a change in tenants takes place, rents in specific cities and regions are not allowed to go up by more than 10 % in comparison to similar dwellings with the same size and in the same location. However, new constructions are exempted, which makes it harder for tenants to find affordable housing in agglomerations.

This measure was initially implemented for five years raising quite a few questions, however. Freezing the prices of the rental market is not a simple thing. Because, for instance, landlords should miss incentives from investing in energy efficient retrofit.

Similar mechanisms have been put in place in Paris recently but they failed to convince the current government that this should be extended to other big cities.  There is no quick fix for the imbalances in the private market. That is why social, public or cooperative housing is so needed, since it helps to regulate the market.

In Barcelona, a measure is being carried out to make 30% of newly built homes and large rehabilitation homes protected. Are there similar experiences in other cities?

In France, my home country, some 10 million people live in HLMs or “habitations à loyer modéré”: subsidised homes for those whose income is below a certain level. By law, at least 25% of housing in every town across the country must be an HLM. But even so, in many growing cities demand for social housing exceeds supply.

So, this measure goes in the right direction and similar mechanisms are adopted in many EU countries and cities.

What is the impact of touristic rental apartments on the housing market? What measures can be implemented to reduce this impact?

When the digital version of sharing economy gets out of control, then it moves away from its initial objective to promote fair alternatives to certain issues. This is the case of accommodation in touristic destinations such as Barcelona. Many cities around Europe such as Athens, Vienna, Berlin and others are struggling to provide adequate housing options to locals, since there is not enough supply and prices are skyrocketing.

At the same time, when neighbourhoods lose their character this has significant consequences on the overall way one experiences the city. Taking the community feeling out of the urban equation is really problematic in the long-term.

As far as solutions are concerned, data is central. Proper registration is the first step that one has to take before they start examining the conditions for permissions and eventual limitations. Regulation is important but only provided local authorities have the political will to enforce it through inspections and sanctions. Knowledge sharing on what measures work is central and to this end, Vienna, for example could be a source of inspiration for others.

Barcelona makes a very important effort to promote the renovation, both on buildings and on the interiors of the houses. What is the importance of public promotion of residential rehabilitation?

Investment in renovation is key especially when it comes to old, traditional buildings that are shaping the urban fabric. These buildings can no longer provide adequate quality of life to their residents while they are responsible for a large scale of the carbon footprint through excessive energy consumption.

National and local authorities should have residential rehabilitation high on their priority list. Expenses related to renovation should not be seen as cost as they are an investment with high return both socially and environmentally.

What are the advantages of co-housing as a model for access to housing?

Today, we can clearly identify a move towards more collaborative, collective ways of living. This is a natural reaction of people to the trend of making living spaces, i.e. our homes, smaller and less affordable.

Additionally, we are still struggling to align the typologies of our homes with the changing social needs. Demographic change is rapid and the household composition is changing, too. Therefore, people seem to feel more comfortable in more communal settings. Thus, modern architecture has also started addressing this sort of paradigm shift in social values, as we see an increasing emphasis in communal spaces in new housing projects.

People who choose co-housing tend to develop a supportive community around them that addresses the crucial issue of loneliness and isolation. At the same time, the model comes along with sharing expenses but also responsibilities related with maintenance etc. I think that collaborative housing or co-housing will keep growing in the years to come with a clear impact at local level. 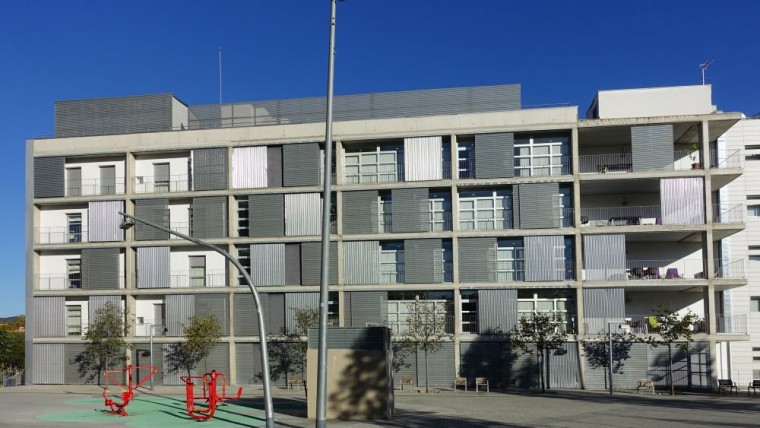 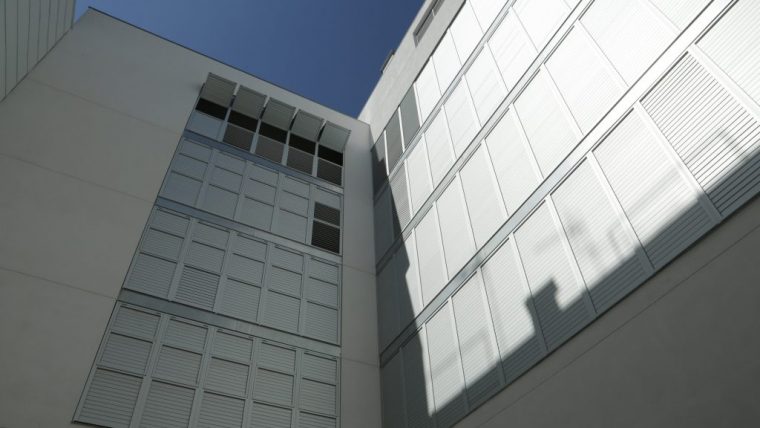