A new usage plan will protect local residents and the commercial identity of the Dreta de l’Eixample neighbourhood from economic speculation, transforming C/ Girona into a green traffic-calmed street and prompting greater community use. The drafting of the new measures includes a one-year suspension on the issue of licences. 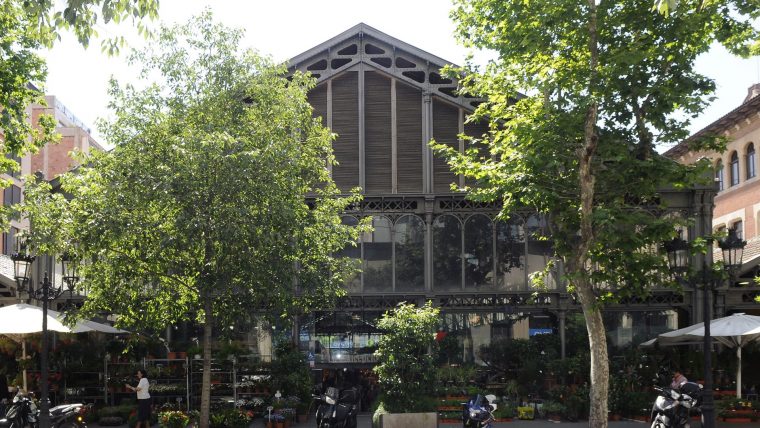 The Dreta de l’Eixample is one of the neighbourhoods with the densest populations and the greatest traffic saturation in the city. Because of this it needs to get more space for the local community to meet and interact, foster more sustainable transport and get more greenery.

The future traffic-calmed layout of C/ Girona aims to win back public space needed in the area. The revamp could attract commerce which goes against the interests of local residents and prompt economic speculation which threatens neighbourhood shops and the continuity of local residents.

A new usage plan is to be developed to prevent this happening and will regulate the opening of commercial and leisure establishments in and around C/ Girona and the Mercat de la Concepció.

The plan aims to guarantee the identity and diversity of neighbourhood commerce and prevent the proliferation of businesses which saturate public space and generate excessive noise, such as bars and restaurants, venues for music, audio-visuals and shows, which may have a negative impact on local residents’ daily life and hours of rest.

The area to be regulated is delimited by C/ Roger de Llúria, Pg. Sant Joan. C/ Còrsega, Rda. Sant Pere and the buildings with façades in Pl. Urquinaona which belong to the district of L’Eixample.

The issue of new licences for commercial and leisure activity in the area has been suspended for a year, with the exception of those currently being processed.

Girona, a street for local residents

C/ Girona will be transformed into a green traffic-calmed street, with priority for pedestrians, new rest areas and play areas for young and old, as well as improved connections for people on foot or on bicycles. The goal is to foster neighbourhood life at a street level in more pleasant and healthy surroundings.

A driving group made up of local people, entities and retailers is working on an initial proposal, to be defined in a draft project this spring.

The action is part of the superblock project, which aims to win back public streets and squares for use by the people of Barcelona. Other neighbourhoods where superblock projects are being implemented include Sant Antoni and Horta.