Between 1956 and 1977 the Franco regime persecuted, judged and condemned thousands of people solely for being LGBTI. Barcelona City Council has brought a case for crimes against humanity, citing over 550 sentences given out by magistrates from the regime and which led to these people being locked up in the Model prison. 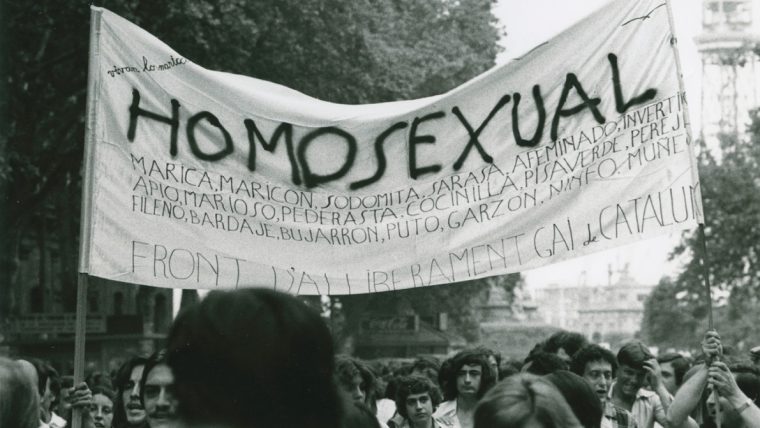 The repression of homosexuality and any other sexuality other than heterosexuality was one of the maxims of Francoism, which saw these people as enemies of the homeland and immoral, linking them with illness and delinquency.

In 1954 the law on ‘vagos y maleantes’ [layabouts and crooks] explicitly included the repression of homosexuals and during the late Francoist era the law on ‘peligrosidad y rehabilitación social’ [dangerousness and social rehabilitation] was passed, making that repression even stronger.

The case brought by Barcelona City Council, currently being handled as a criminal case by the High Court of Justice of Catalonia (TSJC), represents another step in the fight against Francoist impunity and the defence of sexual and gender diversity. It is also recognition for the work of LGBTI entities which have been fighting for years for amends to be made for these crimes.

Barcelona, a city against Francoism

The case forms part of the City Council’s strategy against the crimes committed during the Franco dictatorship and the Spanish Civil War. Since 2015 the City Council has been involved in the open case in Argentina against the crimes of Francoism and in the case against the bombardments suffered by the people of Barcelona in the Spanish Civil War. It has also presented two legal cases in the trial court in Barcelona for violations of rights during the late Francoist period. The City Council currently chairs the Network of Cities Against Francoist Impunity.

Recognition for victims of reprisals during the late Francoist era

Anyone who suffered reprisals on the grounds of gender or sexuality will be able to present their case via the evaluation commission for the victims of late Francoism. The commission will be set up in the next few months to recognise people whose rights to life, physical, moral or sexual integrity were violated between 1960 and 1978, to help them defend and regain their democratic freedoms, labour freedoms and national rights, as well as equality between men and women.