L’Eixample opts for mediation to resolve conflicts between local residents

The Community Mediation Service has handled 246 cases in the district of L’Eixample since the start of the pandemic, thanks to the pilot scheme ‘Eixample, mediator district’. 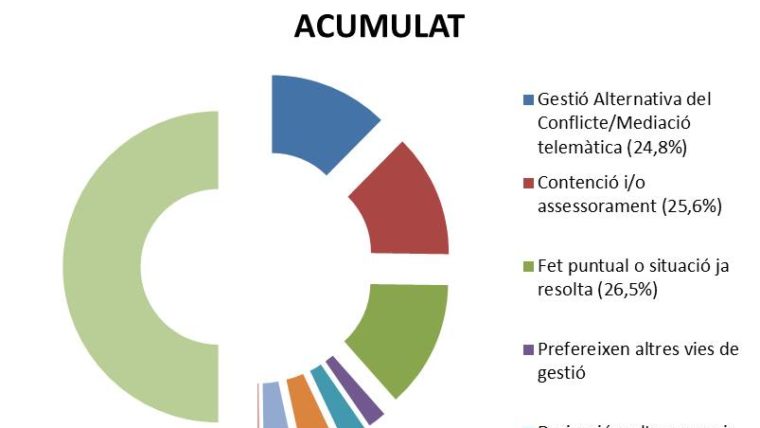 Given the conflicts between local residents arising from the lockdown, the City Council started a new mediation service at the end of March last year to resolve straightforward community issues through dialogue online.

The Mediational Request Handling Service was activated in September, as many people are in preventive lockdown for health reasons or are teleworking. This continues to generate more community conflicts than there would usually be.

The real protagonist in the second edition of mediation was the district of L’Eixample, accounting of 86% of all cases handled between September and December thanks to its participation in the pilot scheme ‘Eixample, mediator district’.

The pilot project mediated in 246 cases during these three months, with 76.9% of cases resolved without any inspection services required. Resolution times averaged 31 days, compared to the 309 days using the traditional mechanisms. The new means of resolving conflicts contributes to a long-term improvement in coexistence in the community.

“It’s a small change, but it hides a completely different solution for conflicts which poison coexistence”, noted the Councillor for the District of L’Eixample, Jordi Martí Grau, in a press conference.

Most mediation cases were for problems with noise (63.5%), closely followed by inconvenience caused by works and installations (10.8%) and misuse of communal spaces (5.2%).

Detection of cases of social vulnerability

The Deputy Mayor for Security, Albert Batlle, noted that on some occasions people explain situations of social vulnerability which do not fall within the remit of the mediation service. These cases are referred to the relevant departments:

You can find a first-hand account from a mediation service user here.

The Community Mediation Service is coordinated by the Directorate for Prevention Services and managed by the Coordinator for Social Initiatives and Community Action Ètic Hàbitat. 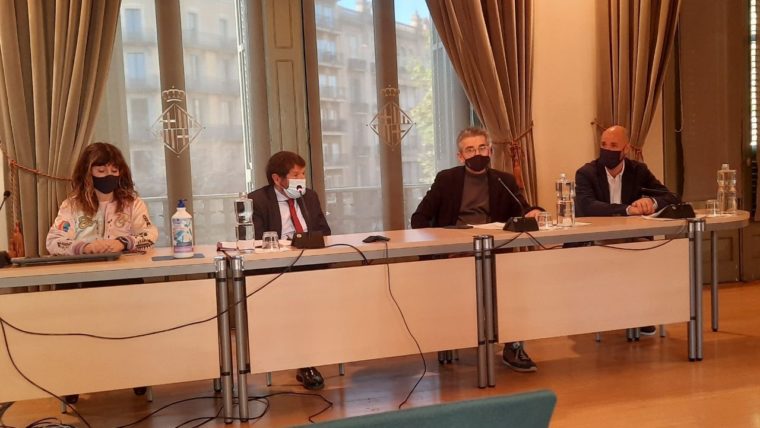