Traffic-calming work has just finished on the section del tram del carrer Gran de Sant Andreu between Rambla de Fabra i Puig and Carrer de Joan Torras, a re-urbanisation that gives priority to pedestrians, cyclists and neighbourhood shops and which promotes the use of a greener, more sustainable and more accessible public space. 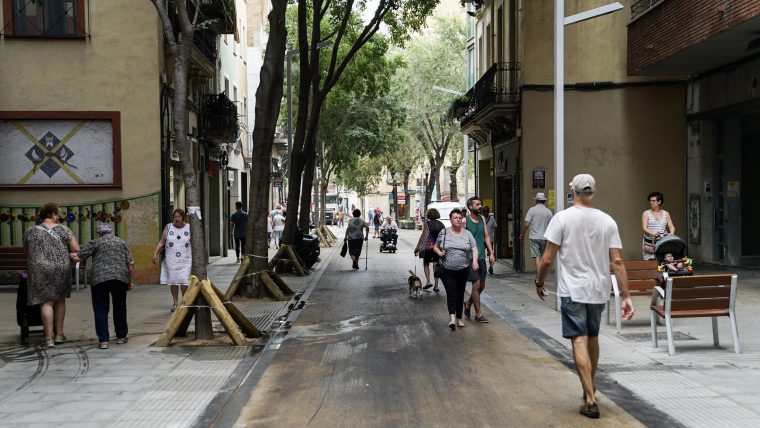 Carrer Gran de Sant Andreu’s transformation into a traffic-calmed street where the public can take a stroll, play and buy from neighbourhood shops is now a reality. The re-urbanisation of the section between Rambla de Fabra i Puig and Carrer de Joan Torras has helped to reclaim the space for pedestrians, improve mobility for cyclists and increase local greenery.

Boasting a 4.9 million-euro budget, the work has enabled the street’s re-design as a single platform, without any changes to the road surface level, having been accompanied by traffic restrictions for motor vehicles travelling over 10 km/hr, a change of urban model giving priority to pedestrian and cyclist mobility with the aim of improving air quality and reducing noise contamination. The single platform, what is more, enables cyclists to travel in both directions.

Lined trees, flower beds and new urban furniture come with a remodelling that was rounded off with the renovation of the paving and telecommunications and drainage services network.

The project was the result of an extensive participatory process held with local residents, associations and shops, having called for the street’s re-urbanisation for over a decade to reclaim the space for pedestrians and strengthen is commercial-hub character in Sant Andreu district.

Carrer Gran de Sant Andreu’s redevelopment has also led to a series of traffic-direction changes aloong some sections and streets in the vicinity: 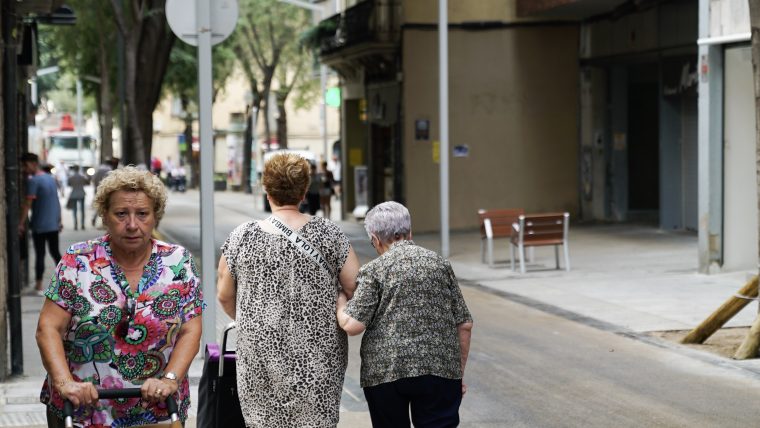 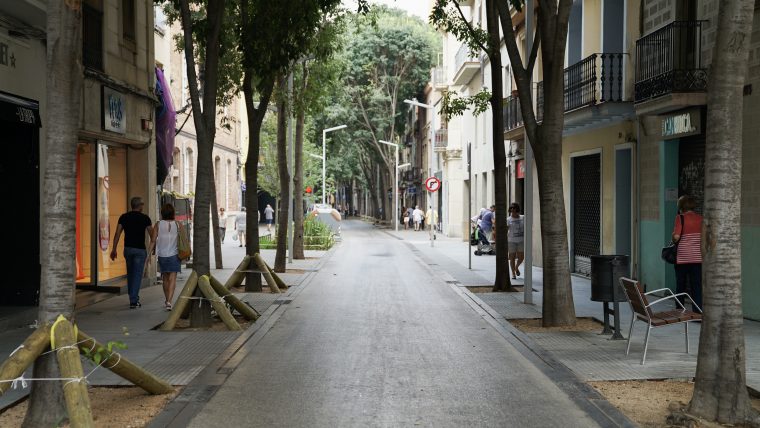 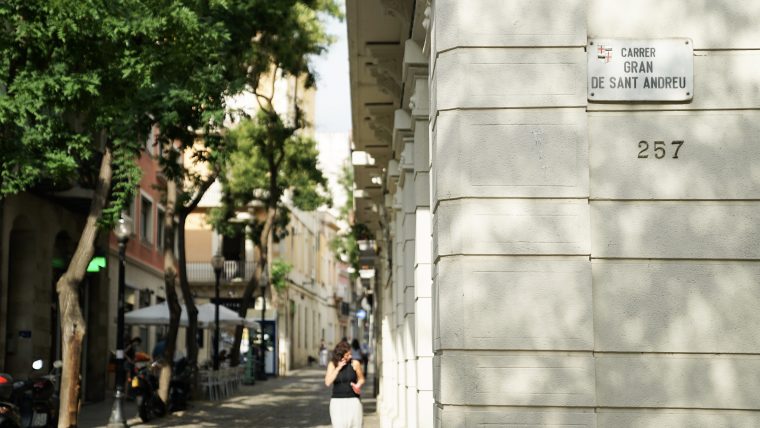