Emigration and the pandemic reduce the number of city residents

The percentage of people officially registered as living in Barcelona drops 1.2% compared to last year, standing at 1.639.981 as of 1 January 2022. Despite the drop, the number of residents is the fourth highest figure in the last thirty years. 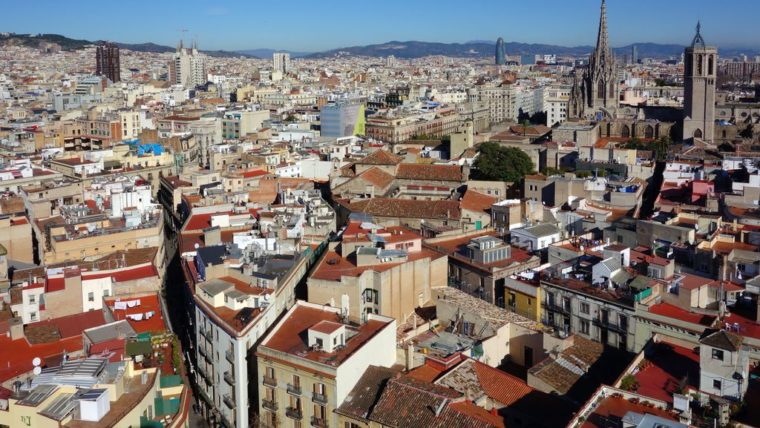 According to the municipal register of residents as of 1 January 2022 [FALTA ENLLAÇ], published by the Municipal Data Office, the fall of 20,000 residents is mainly linked to migration figures and administration procedures (default registrations less cancellations due to improper registration or expiry), accounting for three quarters of the total, some 16,000 people. The rest corresponds to the increase in mortalities owing to the pandemic.

The predominant profile of emigrants in 2021 corresponds to people between the ages of 25 and 34, mainly leaving for other places in Catalonia and Spain, with a significant change in nationalities as over half of these are foreigners (55%). Their preferred destinations are large cities in the Barcelona metropolitan area, as well as Madrid.

As for immigrants, the main profile also corresponds to young adults, with almost a quarter born abroad (73.3%). The main points of origin are Argentina, Colombia, Italy, Peru, France and Pakistan.

The number of British citizens has fallen significantly, previously accounting for the third largest group but now the seventh. Besides those with Spanish citizenship, people of 176 nationalities live in Barcelona.

The loss of population due to emigration is not redressed by the birth rate, which has continued to drop since 2016, meaning the pandemic is not the only factor to affect the figures. In fact, we need to go back as far as the Spanish Civil War to find a lower number of registered births.

The low birth rate is precisely one of the factors which explain the rise in the average age, which now stands at a record 44.2 years old. Another factor is that number of centenarians is up by 7.8%, reaching a record 931 people, 83% of them women.

Also worth noting is the increase in the level of qualifications among city residents: 34.6% of people over the age of 16 have a university qualification or higher vocational training qualification, an increase of 12% compared to 2009.