The period for presenting candidates for the Montserrat Roig Awards ends on 31 January. The awards recognise the social commitment of projects in the field of journalism and communication which stand out for their thoroughness and quality and which offer a transformational and honest vision of reality. 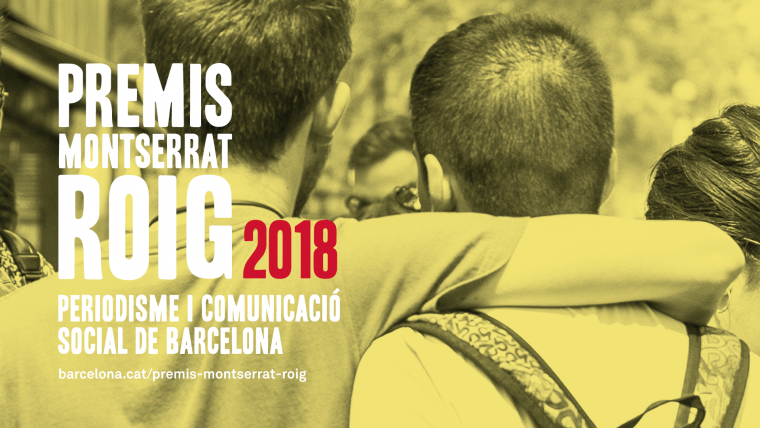 This is the second consecutive edition of the Montserrat Roig Awards for journalism and social communication, which take over from some existing awards in the city dating back 26 years and promoted by the Municipal Social Welfare Council (CMBS). The new edition keeps the four existing categories: social journalism, social communication, promotion of investigative journalism and the special award by the jury.

Candidates for the awards can be put forward at an individual or a collective level, with express recognition from the authors and media channels linked to the proposals. Work presented in the categories of social journalism and social communication have to have been published, broadcast or disseminated between 16 December 2017 and 15 December 2019. Projects in the promotion of investigative journalism category have to be carried out in 2019 and the first quarter of 2020. Each of the categories involve a prize of 8,000 euros, except for the special award by the jury, which doesn’t involve prize money.

The goal of the awards is to promote and incentivise quality information and focus on better handling of social topics in the media. Work presented must also be linked to the city of Barcelona in terms of the topic addressed, the target audience and impact. The winners will be announced in a public act on 11 April in the Salò de Cent chamber in the City Hall.

The jury for the Montserrat Roig Awards is made up of sixteen people with renowned professional backgrounds in the spheres of communication and social rights. The jury will place particular value on in-house research, plurality, contrast with backgrounds, contextualised treatment and social awareness, original focus and the use of terminology reflecting reality and having a positive effect in terms of people’s dignity.