A team of eleven teachers is offering digital support for individuals who do not use the e-Office or information and communication technologies on a daily basis. This is twice the number of teachers there had been in October 2020, which this skills-acquisition programme developed by the BIT Habitat Foundation under the Neighbourhood Plan was first launched. 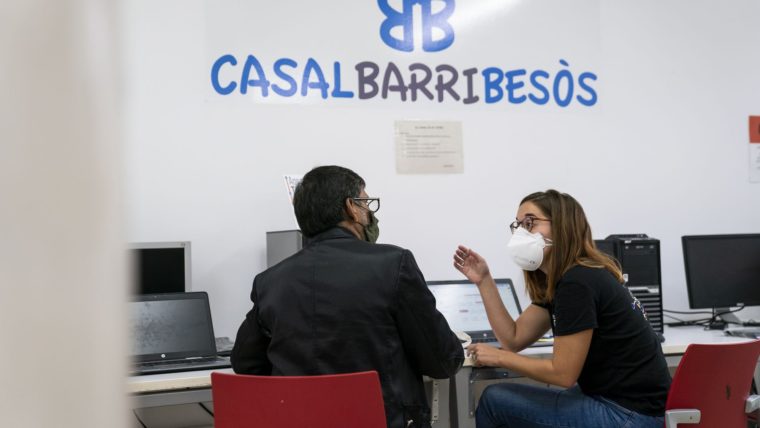 Launched by Foment de Ciutat, SA., the advisory service operates by prior appointment and is located at the offices of the Socio-Economic Response Network (XARSE). Sant Martí has an advisory group at the Besòs Neighbourhood Centre. Other XARSE offices in Barcelona: Trinitat Nova Neighbourhood Centre and at the North Area Neighbourhood Plan Office (Nou Barris), the Trinitat Vella Civic Centre (Sant Andreu), Sala Pepita Casanelles (Sants-Montjuïc) and the South Raval and South Gòtic Neighbourhood Plan Office (Ciutat Vella). In addition, we have also expanded the team with a further five facilities in four of the city’s districts.

Officers had assisted 8,031 people up to June, most of whom (57%) were women. In addition, 4 out of every 5 had primary- or secondary-education studies and fell into the 25-55 year age bracket.

Some 13,800 people received procedural support. Half of these cases were for requesting and downloading information online, official documents above all, and to make appointments with various authorities. Also notable were the requests and inquiries on use of digital certificates, amendments to data in e-offices and inquiries on various procedures.

This expansion will boost the Shock Plan for Digital Inclusion, a commitment to equal opportunities in a context where the digital gap has become an educational and social barrier for the most vulnerable groups. A reality reflected in numbers in the report entitled “La bretxa digital de Barcelona” [Barcelona’s Digital Gap], presented at the start of the year. 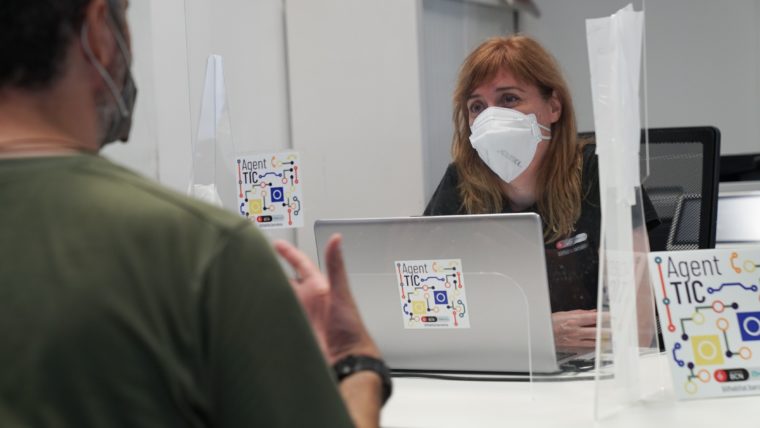