The new garden of nearly 2,000 square metres opened to the public over Christmas and recovers the rear façade of the ‘modernista’ palace, a listed building by the architect Josep Puig i Cadafalch. Access to the gardens is via the passageway at C/ Roger de Flor, 191, and via a corridor from the Casa Macaya at Pg. Sant Joan, 108. 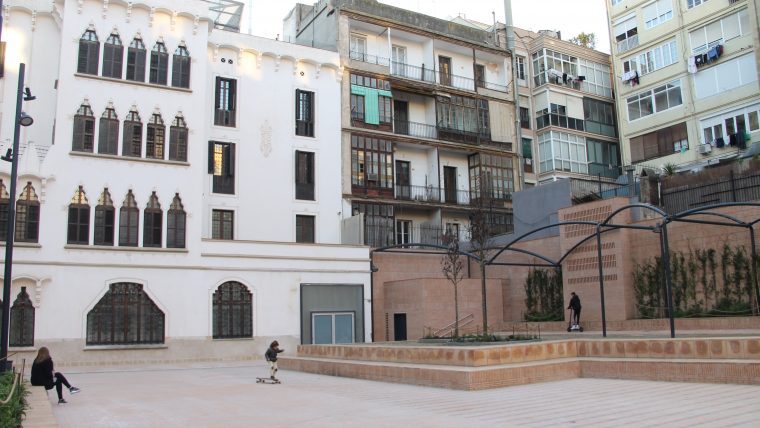 The new gardens, officially named Jardins d’Agustí Centelles, have been regenerated as a natural space with bushes, climbing plants (bougainvillea which will crown a pergola a couple of years from now) and parterres next to the walls.

The make-up of the soil led to the creation of four different areas. Firstly, away from the route followed by the paths, there is a coarse sand area for people to rest and relax in, featuring a linear bench and a pergola with vegetation, a place of shelter offering shade in the summer. The garden area, only accessible to maintenance staff, is the shadiest zone and has the most trees. The paved central area has various levels for people to pass through and stop in, offering various spots to rest, play or reflect in. Finally, the passage connecting with C/ Roger de Flor features vegetation and seating in the shade nearest the open party wall.

Gardens to make the modernista façade stand out

One of the goals was to turn the quadrangle into an iconic urban garden, revealing the previously hidden rear façade of the Casa Macaya. To achieve this, a central part of the layout has been left free of vegetation and furniture and uses a ceramic material which helps make the modernista building stand out.

The façade was previously hidden by a covered space with no direct access from the street, despite being a municipally owned building. The City Council has invested 2.8 million euros to make the surroundings more human, improving public space and introducing more greenery into this part of the city.

The Palau Macaya, belonging to the Fundació “la Caixa”, marked the regeneration of the inner quadrangle with the installation ‘El Jardí de les respostes: la crisi climàtica’, which will remain in place until 11 January.

The installation is a trial project for citizens to reflect on challenges of local interest which have global repercussions and consequences. The installation will be active in the garden over the whole weekend, offering answers from experts to questions posed by the public in relation to how to become a better society. 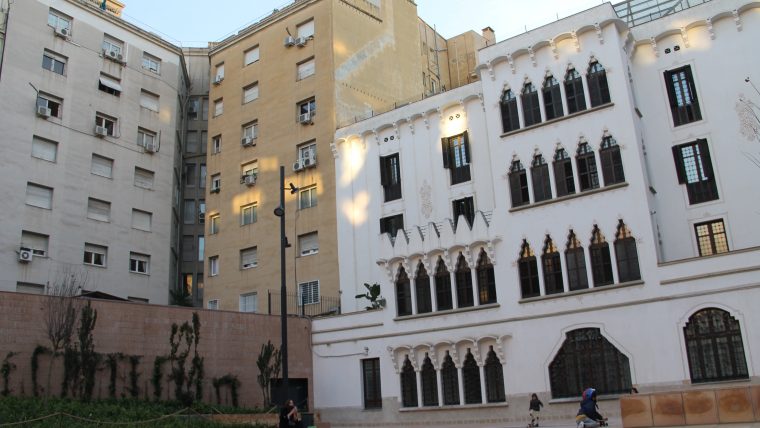 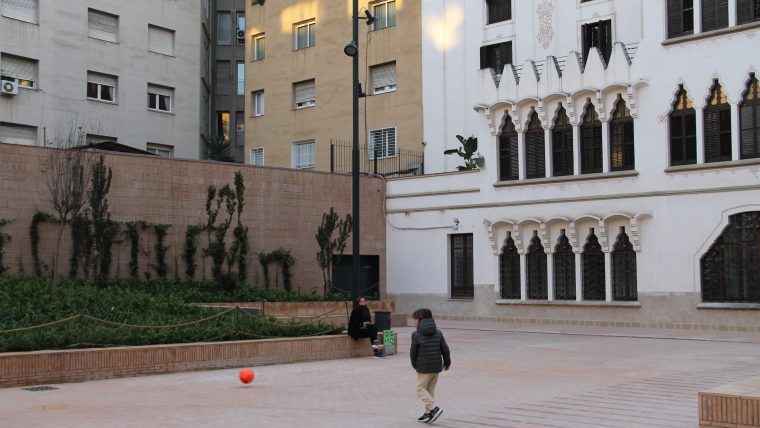 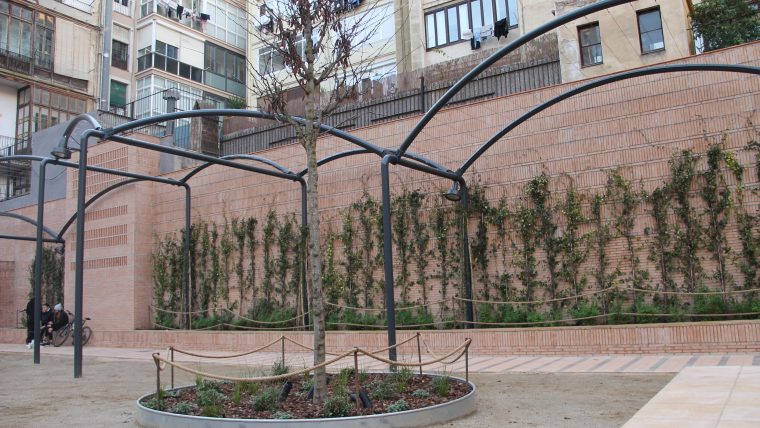 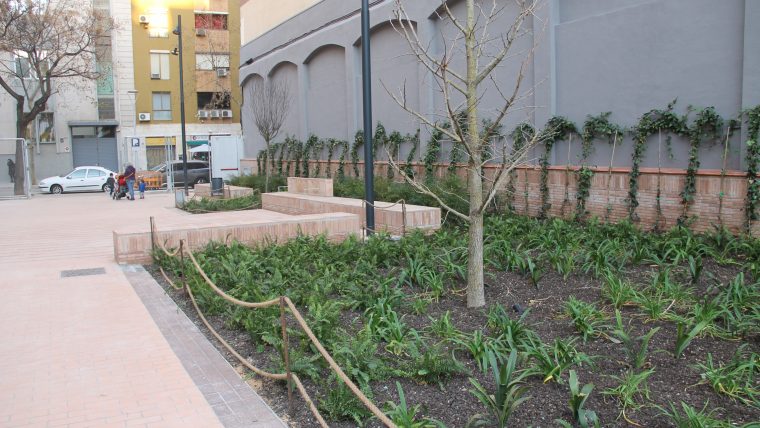