Ada Colau is to be the Mayor of Barcelona again for the next four years. The plenary session to elect and swear in the Mayor was held in the Saló de Cent chamber on Saturday 15 June, with Colau securing the necessary majority of 21 votes to become the Mayor once again.

During her speech Colau pledged to do everything in her power to work for the people of the city and offered to collaborate with all political groups to reach agreements to benefit all citizens.

She also urged the groups to “put an end to threats and ultimatums and not enter into a face-off between each other. Let’s stand up for our ideas, but with respect between everyone”.

Colau, who denied being a “pro-independence or an anti-independence mayor, noted that the municipal government will be stepping up its efforts to maintain a dialogue with all city councillors”.

As the city’s first woman mayor, Colau also sent a powerful message to all women and girls in the city: “Women are here to rule and be present in all spheres of power, without asking for permission”.

“When a woman holds a position of responsibility, there’s talk of overcoming a barrier”. According to Colau, this expression, and others such as “breaking the glass ceiling”, imply women occupying a sphere which initially doesn’t correspond to them. Because of this, the newly re-elected Mayor made the point that positions of responsibility also belong to women.

Joaquim Forn, a former deputy mayor during the Trias municipal government, was able to attend the opening session after being granted permission by the Spanish Supreme Court. Leave was granted to him until the meeting concluded and Forn, while the rest of the councillors crossed the square to be received by the president of the Government of Councillor, had to return to prison.

The Mayor, as well as the head of the list for the ERC, Ernest Maragall, and the spokesman for BComú, Joan Subirats, devoted part of their speeches to Forn. Colau affirmed she would be in touch with the leader of Junts per Catalunya as she considers him a councillor with full rights and will continue to do so. The Mayor expressed her regret at the situation of Forn and the rest of the political prisoners and exiles. She also reaffirmed the City Council’s commitment to the defence of the rights and freedoms of all citizens.

In this respect, she also explained that she will be convening a meeting of spokespeople to see if there’s a majority in favour of hanging a yellow ribbon from the balcony of the City Hall again.

“Never forget who we are”

The Mayor also used her speech to call for people to mobilise: “We take responsibility for everything we haven’t done well in these four years, yet everything that has been done well we attribute to city people who are demanding, critical and self-organised”. Colau urged people to persist, to keep up and intensify their demands on the municipal government. “Let’s never forget who we are, where we came from and why we’re here”, she concluded.

Colau was one of four candidates that councillors could vote for as Mayor during the opening session to constitute the municipal corporation. Prior to the vote, the heads of the PSC, Jaume Collboni, and Barcelona pel Canvi – Ciutadans, Manuel Valls, ruled themselves out as candidates. The candidate for Junts per Catalunya, Joaquim Forn, despite maintaining his candidacy, received no votes as his group gave its support to the Maragall candidacy.

As set out by the law, the Mayor is elected in a single vote between the different candidacies presented. If none of them receives enough votes to reach an overall majority, the head of the list with the most votes in the municipal elections is proclaimed Mayor.

How did the constitutive meeting go?

The session started at 4.30 pm with the arrival of councillors and guests at the City Hall. The first to arrive met in the Saló de Ciutat before the plenary session.

At 5pm the session started with the constitution of the interim bureau, chaired by Celestino Corbacho (BCanvi -Cs), the oldest councillor-elect, accompanied by the youngest, Max Zañartu Plaza (ERC).

After reading the certificate from the electoral board for the Barcelona area, with the official results from last month’s elections, the bureau verified the credentials of the councillors and their mandatory statements for the City Council’s register of declared interests. Each of the councillors were then sworn in individually.

After this came the vote among each of the candidacies presented to head the City Council, with Ada Colau becoming the Mayor as a result.

Once she received the Mayor’s ceremonial staff, Colau chaired the meeting and invited the spokesperson of each municipal group to address those present. One of those receiving the most rousing reception was the head of the list for Junts per Catalunya, Joaquim Forn.

After the speeches, almost the entire group of officials, with the expect of a few councillors (including Joaquim Forn), crossed Plaça de Sant Jaume to be received by the President of the Government of Catalonia, Joaquim Torra.

The meeting concluded with the signing of the decree of appointment for the different deputy mayors and other posts in the municipal organisational structure. 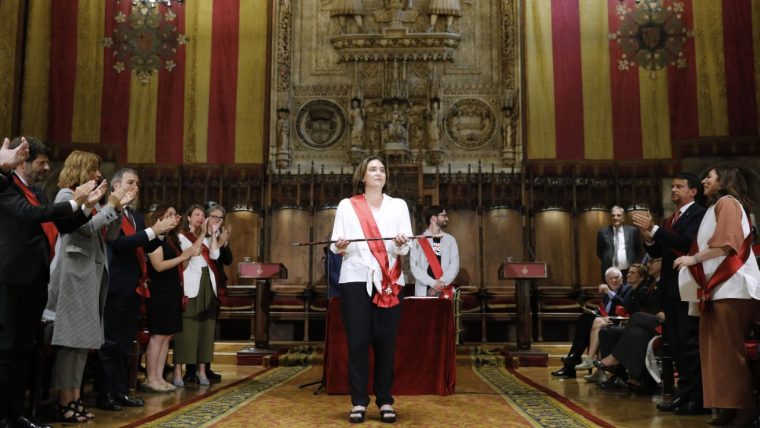 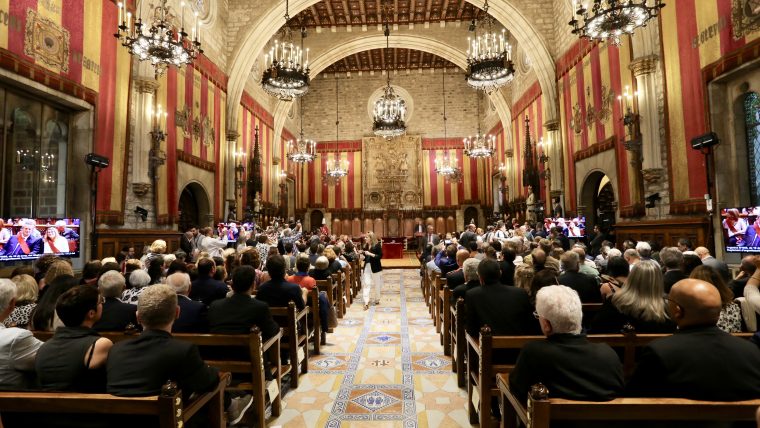 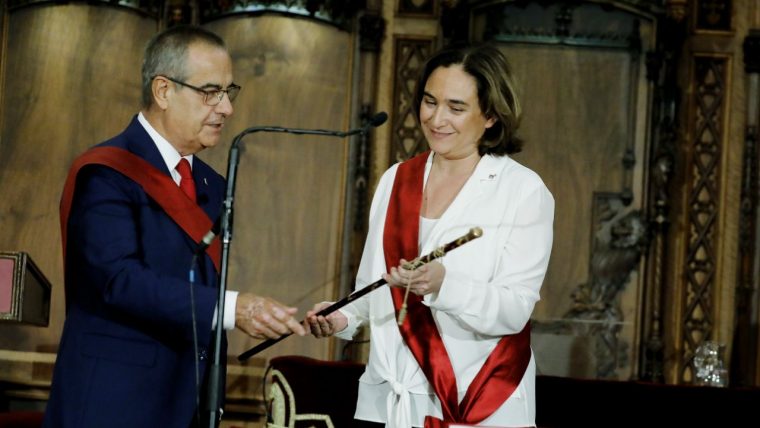 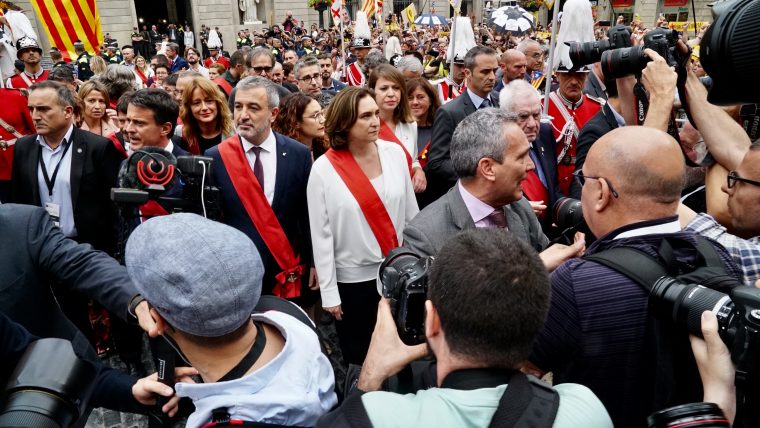 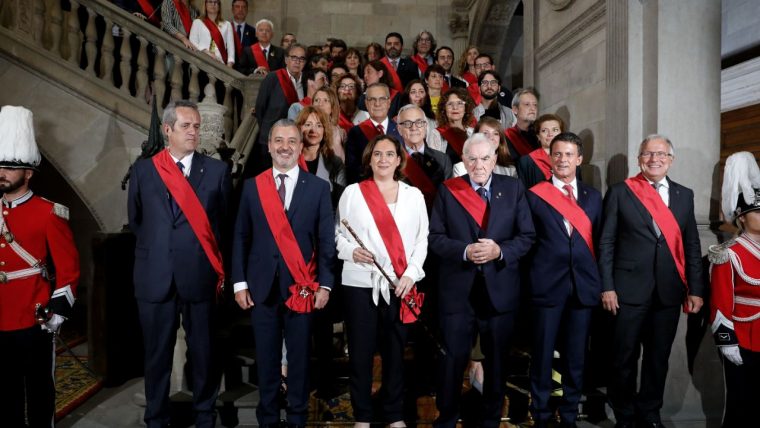 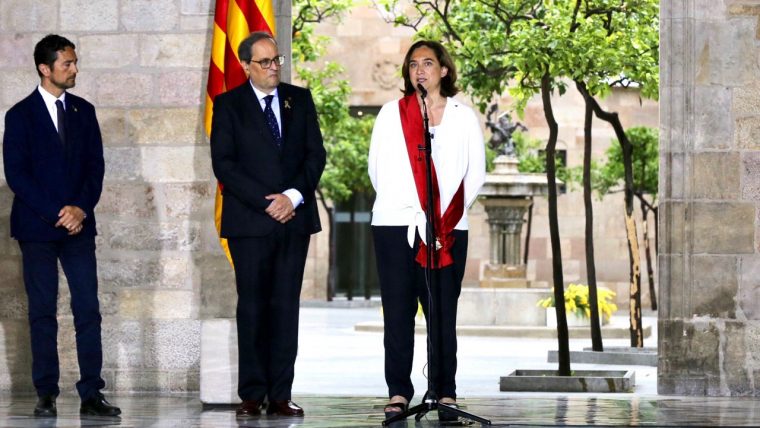 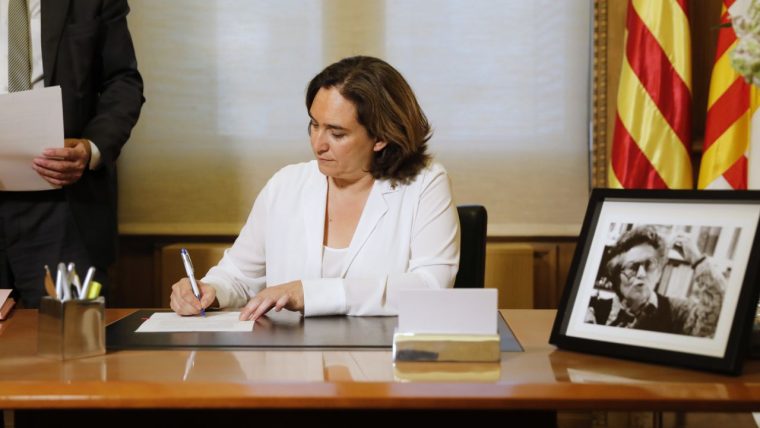