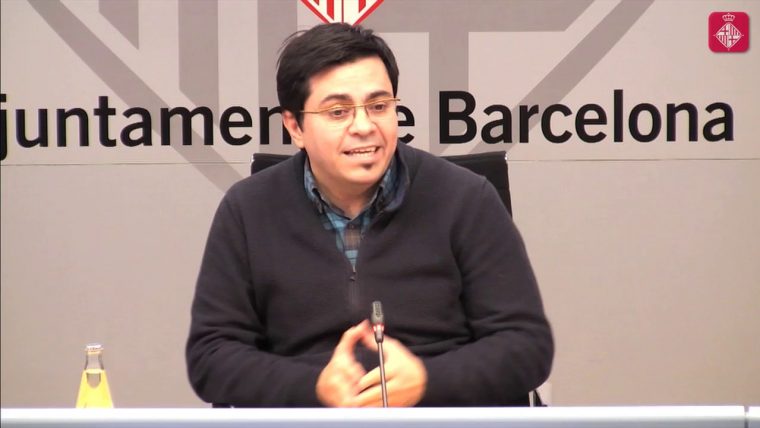 Explaining the process of change in Barcelona, sharing experiences to strengthen international alliances and expressing concerns over the policies of the new North American president form the main objectives of the trip to the USA by the First Deputy Mayor, Gerardo Pisarello. The trip starts on Saturday and will mainly be visiting New York and Boston.

Pisarello will be explaining the change in the city at forums at some of the most prestigious universities in the world, such as Harvard, the Massachusetts Institute of Technology (MIT) and New York University (NYU). The trip should strengthen bonds with the cities of New York and Boston, exploring new ways of collaborating in fields such as economic development, reindustrialisation and economic, digital and housing innovation.

The head of international relations at City Council will also be using the visit to the USA to meet top officials at the UN and the human rights organisation American Civil Liberties Union (ACLU) to discuss the cuts in the rights of people being pushed by the new president Donald Trump and to defend the reception of refugees by cities such as Barcelona.

The political mission by Pisarello starts on Saturday with a talk at the Harvard Kennedy School as part of the European Conference. The First Deputy Mayor has been invited to take part in a session to present Barcelona’s integrated sustainability model.

Also on Saturday, Pisarello will be taking the chance to visit innovation spaces such as the MIT Metro Lab and the MIT Media Lab, as well as exploring possible collaboration between Harvard and Barcelona in analysing the current phenomena and urban and metropolitan challenges, focusing on the example of Barcelona.

On Sunday, Pisarello is due to address the situation created by Trump’s arrival at the White House in a meeting with Carol Rose, Executive Director of the ACLU. The meeting will look at sharing the pro-human rights struggle and to express Barcelona’s concern at certain political decisions taken by the North American president, which represent a clear violation of human rights and consolidate discriminatory policies.

On Monday, 6 March, Pisarello is scheduled to meet economic chiefs at Boston City Council to share experiences on urban renovation and innovation. Together they will be visiting some transformational projects with social impact which have been carried out in the city on the eastern coast of the USA.

The First Deputy Mayor will round off his agenda for Monday at the MIT, giving a joint conference with an official from Madrid City Council entitled ‘The Role of the Cities in a Changing World: How Barcelona and Madrid Put Citizens First’. The talk will look at the achievements and challenges faced by progressive and sustainable cities, which pursue models centred on citizens, and which are respectful to the environment and human rights.

On Tuesday, the Barcelona City Council representative will be in New York to meet Cristina Gallach, the Under-Secretary-General for Communications and Public Information at the UN to convey the message of commitment from cities to the new international agenda. During the day, Pisarello will also be giving a conference at New York University on cities in times of populism and meeting lecturers and academic authorities.

On Wednesday, the official trip concludes with a meeting with the First Deputy Mayor of New York, Anthony Shorris, to propose a strategic collaboration agreement between the two cities on matters such as economic development, technological innovation and housing. Before heading back to Barcelona, Pisarello will also visit the Brooklyn New Lab digital creation centre.