Given the positive evolution of atmospheric conditions since the preventative warning stage was activated on Saturday, 6 July, by the Government of Catalonia’s Directorate-General for Environmental Quality and Climate, the warning for pollution caused by PM10 has been deactivated as of Tuesday 9 July. 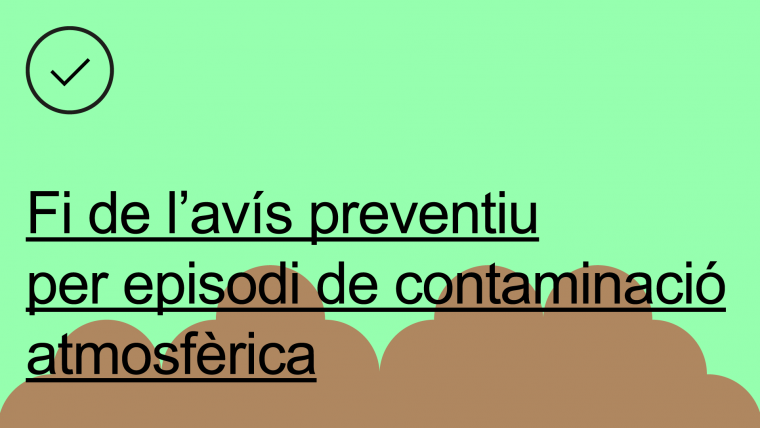 The Government of Catalonia’s Directorate-General for Environmental Quality and Climate has deactivated the preventative warning stage for air pollution caused by PM10. The warning stage was activated on Saturday 6 July.

Levels of PM10 dropped yesterday at the measuring stations operated by the Air Pollution Monitoring and Forecasting Network in Catalonia (XVPCA) and the forecast is positive.

During the preventative warning stage for PM10 air pollution, the City Council carried out pre-established action, such as intensifying the watering down of streets with the most traffic, watering down unpaved parks and avoiding the use of air blowers. Those in charge of work sites are also being warned to comply with environmental measures accordingly.