Antonio Machado, the youngest of the generation of ’98, lived in Barcelona with his family for nine months before being forced into exile with the imminent arrival of the Francoist army in the Catalan capital. A new commemorative plaque at the Mercat de Canyelles remembers his time in the city. 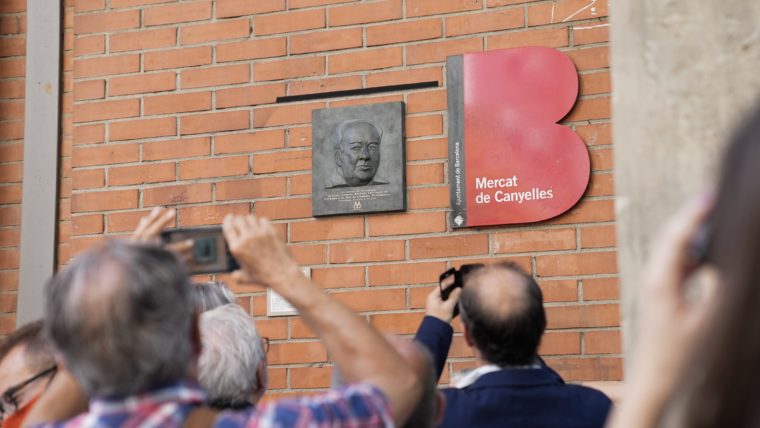 The plaque is located at Carrer d’Antonio Machado, 10, in the district of Nou Barris. The tribute comes after Barcelona joined the Network of Machado Cities, made up of eight cities which the author lived and worked in: Seville, Soria, Baeza, Segovia, Rocafort, Colliure, Madrid and Barcelona. These cities wish to jointly promote the life and work of the author, exchange experiences and develop a policy for the production and promotion of tourism, all based around the figure and cultural universe of Antonio Machado.

In addition to the commemorative plaque, Friday brought the presentation of Antonio Machado a Barcelona (1938-1939), a book which brings together 29 articles written by the poet for La Vanguardia newspaper during his time in Barcelona. In these writings, Machado reaffirms his commitment to the republic and criticises the non-intervention policy of other countries during the Spanish Civil War.

From Barcelona to exile

Barcelona was the last place of residence for Antonio Machado before he went into exile. He arrived in the city in the spring of 1938 having travelled from Rocafort, in the Valencia region, and first stayed in the Hotel Majestic, which was being used as a shelter for illustrious refugees at that time. A month later he moved into the Torre Castanyer in Sant Gervasi, before going into exile with his family on 22 January 1939.