The Government Commission has given its initial approval to the project to remodel the second section of Carrer de Cristóbal de Moura, following the completion of the first stage at the end of 2019. The transformation adds an extra 24,500 square metres of space, of which more than 6,500 square metres will be used for urban greenery. 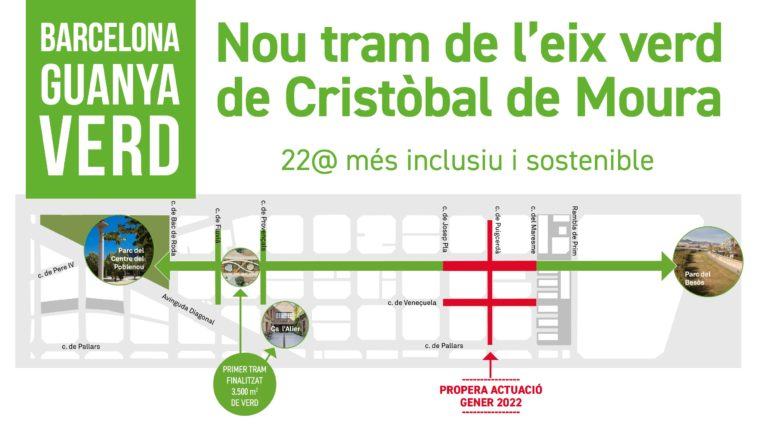 The project to turn Carrer de Cristóbal de Moura into a traffic-calmed green street continues with the second stage, which will remodel the section between Carrer del Maresme and Carrer de Josep Pla. The project is another step in improving connectivity within the district of Sant Martí, specifically in the 22@ area.

The revamp to the street, which began with the first stage between Carrer de Provençals and Carrer de Fluvià, is intended to help mobility between the Parc del Centre del Poblenou, Rambla de Prim and the Parc del Besòs, with 1.27 kilometres of the street to be completely traffic-calmed in the future.

Second stage of the transformation

Work is due to get under way in January 2022 and take fourteen months. The area in question covers 24,500 square metres, of which 6,528 will be for vegetation. The project includes a large central space, 26 metres wide, with areas for people to relax in, children’s games, two pavements of 3.5 metres, a bike lane and a services lane.

When the second stage is finished, the street will have gained 10,000 square metres of urban greenery, with 512 metres of the street having been renewed. 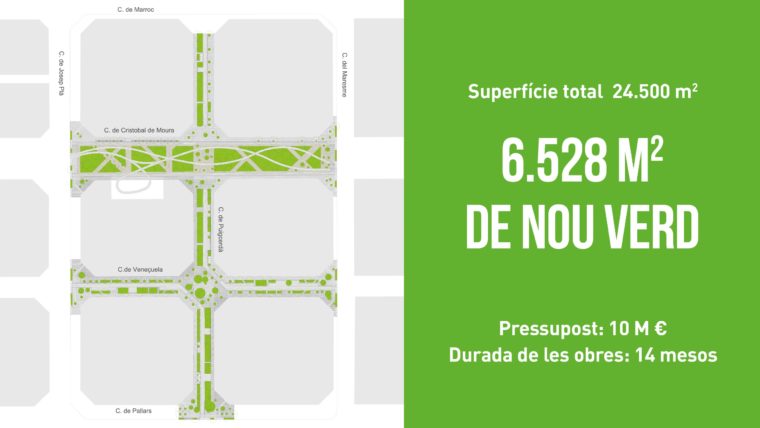 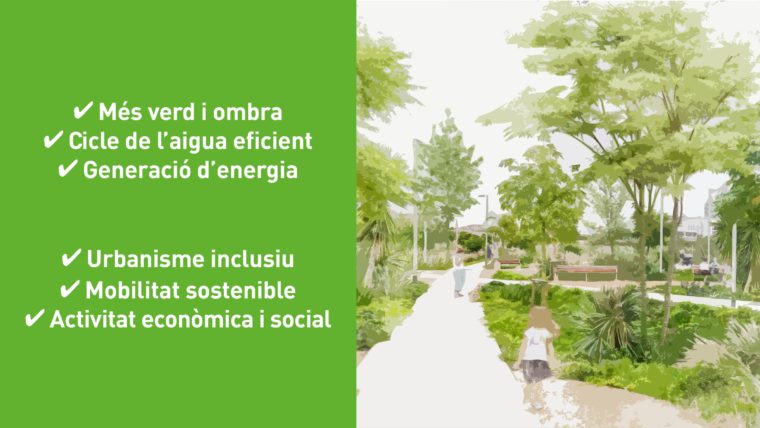 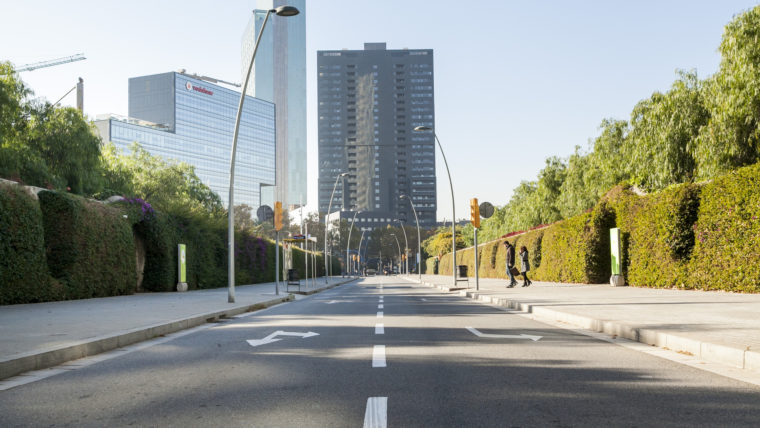