This neighbourhood in L’Eixample, where one of the city’s superblocks has been established, has seen its private consumption indicators exceed the city average, according to figures from the Municipal Data Office (OMD) based on the use of credit and debit cards in establishments. 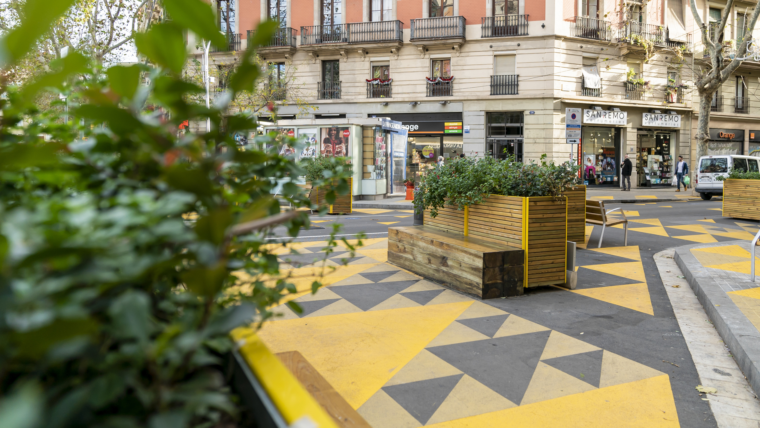 This difference is reflected in the value of spending in euros and in the number of transactions between March and June this year, compared to the same months last year. In the first case, average spending is up by 2.3% compared to the average percentages for the city as a whole. In the case of transactions, the difference rises to 16.4%. In both cases, April is the month where the figures are notably more favourable.

In terms of overall data, between May and June 2021 the highest sales monthly sales figures since January 2019 were recorded, with over 300,000 transactions in each of these two months. In addition, overall spending stood at 3 million euros a month, offering similar figures to before the pandemic.

If you would like to check more data you can use this app. You will find more figures in the overall breakdown of values by area, for districts and for neighbourhoods, and by spending sector.

As part of the work by the Driving Group for the Barcelona Superblock, an exploratory walk was organised around the Sant Antoni superblock in April, during which 33 people were asked about the urban transformation in the area around the market. Nearly 3 out of 4 people (72%) said that it was attractive to shop there.

This positive assessment was also reflected in a study by the Barcelona Public Health Agency (ASPB), with those interviewed giving the superblock a score of 8 out of 10 and noting that they perceived greater calm, safety and satisfaction there, finding it a more relaxed place with more social interaction. The same study noted an improvement in air quality, with a drop in various pollutants. 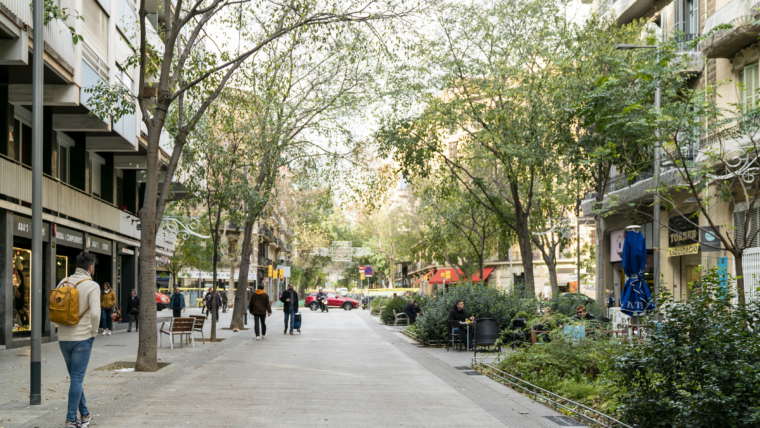