Stories of immigrants on the shutters at Sant Andreu market

‘Diàlegs invisibles’ explains the story of 12 people who one day left their countries of origin in search of a better life. They did so to get away from poverty, war, political persecution and social conflict. However, once they got to Europe, immigration laws meant they had to spend a long time in an irregular situation with few or no social rights. This experience is now depicted using photographs and small texts painted on the shutters at the Sant Andreu market.

Large portrait prints of the protagonists are displayed with texts describing the condition of invisibility and exclusion experienced by people in an irregular situation. During the day the shutters are up and the faces are hidden but when shops and stalls close and the shutters come down the protagonists of these invisible dialogues appear in the street with their stories. The project works both politically and socially, stimulating debate and promoting fairer immigration policies.

The initiative is promoted by the Mescladís entity and the photographer Joan Tomás. The stories can also be seen on over a hundred shutters at markets and establishments in 10 different city neighbourhoods up until September. The Pati Llimona civic centre will also be showing them as part of a photographic exhibition by Tomás within the context of the DOCfield 2015 documentary photography festival, organised by Photographic Social Vision. 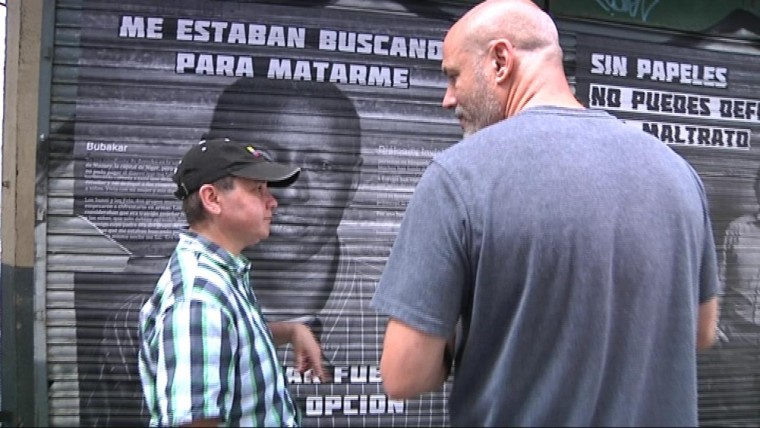 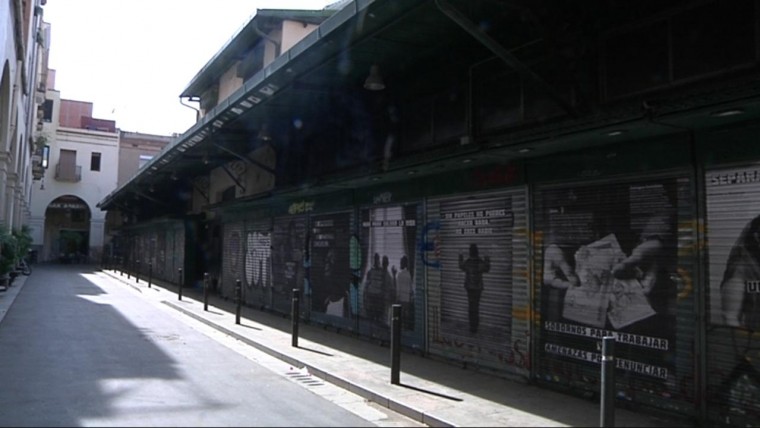 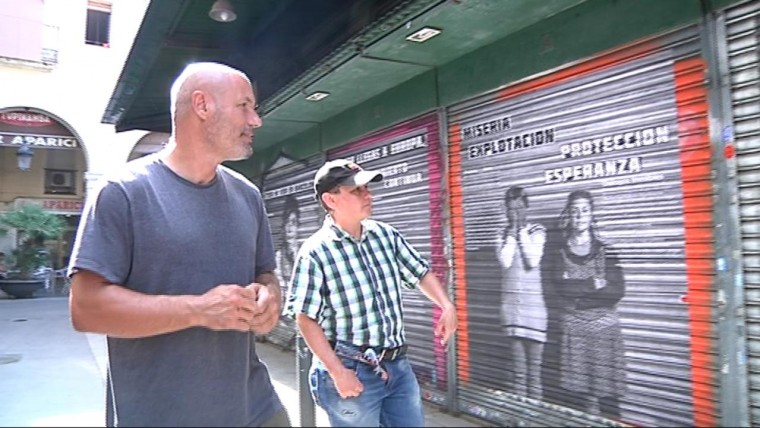 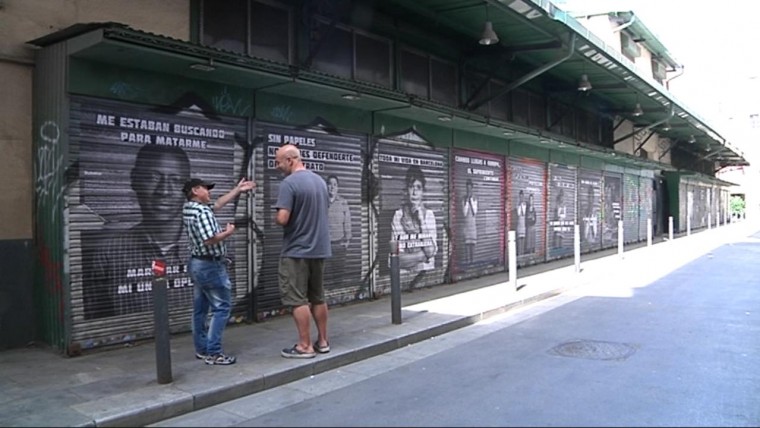 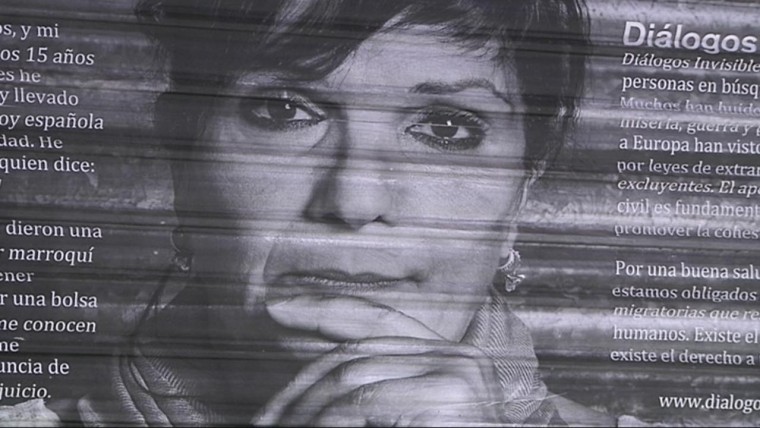