Institutional declaration by the Mayor of barcelona on the occasion of the first anniversary of the terrorist attacks in Barcelona and Cambrils.

Tomorrow, Friday, it will have been exactly one year since the attacks on La Rambla in Barcelona and the Cambrils seafront.
One year ago, Barcelona suffered its bloodiest terrorist attack since the Hipercor incident 30 years ago. We cannot and do not wish to forget those events. We cannot forget, and will never forget the victims: the sixteen people who died as a result of the attacks on Barcelona and Cambrils, and the nearly one hundred and fifty people who were injured. Barcelona City Council wish to express our condolences to their families and friends, as well as the solidarity and commitment of our city with all the victims and people affected by the attack.

This was a cowardly act, which hoped to spread terror in one of the best-loved and most-visited streets of our city: La Rambla. They wanted to hurt us, and they did, but they were unable to infect us with their hatred. We have not renounced our values or convictions, which now, one year later, are stronger than ever. We are and will always be a city of peace; a brave city that confronts terror with love, a city open to everyone who is fleeing from war, starvation and violence; because we know that the terror we experienced that day is also the terror that the citizens of Syria, Iraq, Afghanistan and Yemen have to face every day of their lives.

I would like to thank and recognise the Guàrdia Urbana and Mossos d’Esquadra, the Spanish police forces, the fire brigade, the health and emergency services and the consulates for their professionalism and dedication under circumstances that were extremely difficult for all of us. I would like to thank and recognise the workers of La Rambla who were the first to open up their establishments to shelter and aid the injured people, as well as the numerous volunteers who were there to help. And lastly, I would also like to say thank you for the many examples of solidarity that came from all over the world, as a result of the love and international recognition that our city enjoys. In short, a thank-you to all our public services, organisations and citizens from all over the world who, on 17 August and the days that followed, gave their best during the worst time for all of us.

They were days of sorrow, but also of pride. Pride in a city that was able to bring out the best in itself in the face of adversity. Pride in citizens who spontaneously filled La Rambla with their condolences and filled the city’s streets and squares with the cry of “We are not afraid”. Pride in a city that loves peace and diversity with the same intensity that it rejects violence and racism. This is why Barcelona City Council has endeavoured to catalogue and digitalise over twelve thousand objects, documents and expressions of condolence that were collected during that time and which are available to the general public on the La Rambla 17A memorial website.

Barcelona City Council has organised a remembrance and solidarity event for the victims and their families, which will take place at 10.30 am in Plaça Catalunya, and where everyone is invited to take part. In recent months, we have taken great care to ensure that this event focuses only on the victims. I would like to give special thanks to the care and attention unit for people affected by terrorism, for their close collaboration, as well as to the Generalitat of Catalonia and the Spanish Government Delegation for their support.
But beyond this event, 17 August should be a day when everyone who loves this city, after suffering, the impact of this attack in one way or another, can find the best way to express their feelings. Some will do so by returning for a stroll down La Rambla, others will leave a flower or light a candle, or simply choose a moment to gather and remember.
In any event, we will show once more that Barcelona is an open, caring city, proud of its diversity and opposed to war and violence. A generous city that knows how to provide care and support during the most difficult times. A city of peace that, with tenderness and respect, will never forget the names of:

and the young children, only 7 and 3 years old:

We, as citizens of Barcelona, will always have a place in our hearts and memories for you. 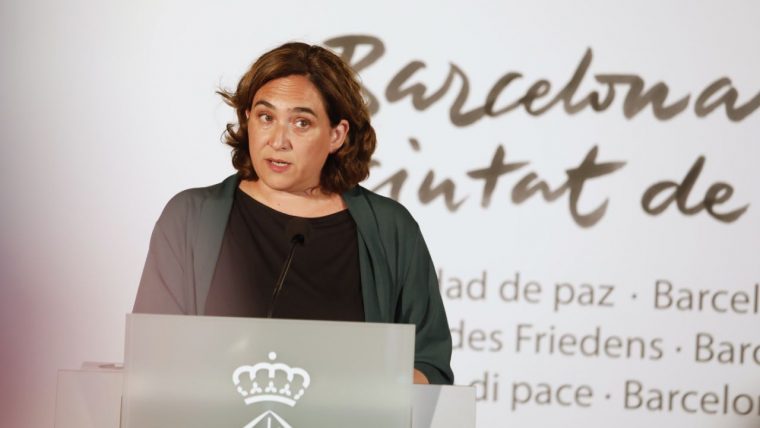