Work in Plaça de Joan Fiveller, formely Plaça d’Armes in front of the Parliament of Catalonia, took 16 months and involved an investment of nearly 1.8 million euros. The project has helped regain an iconic space, listed as a historical garden and artistic monument since 1951. 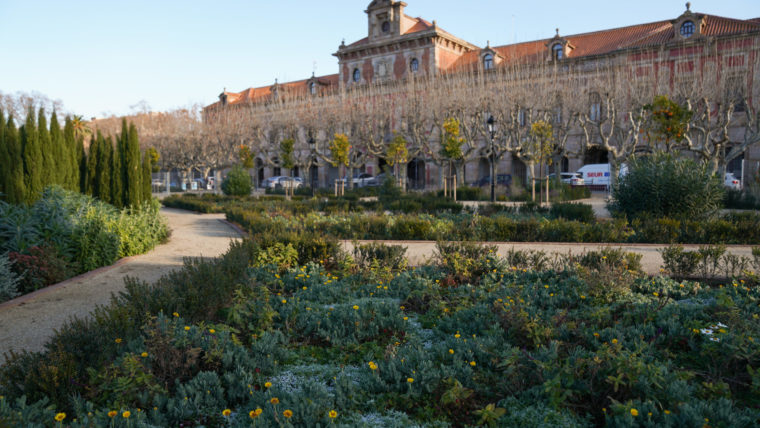 Work in this space of nearly two hectares began in June 2020 and followed criteria on historical recovery with a twofold aim: firstly to regain the original look of these gardens, and secondly to apply improvements in drainage, replace the granite sand paving and recover the parterres and curbs. In this respect, the work enabled 21,000 plants to be added, along with 82 new trees and 382 bushes.

Among other innovative aspects, the work means greater optimisation of rainwater and its retention in parterres, plus better drainage with the installation of permeable granite sand.

At an archaeological level, the work also allowed for further study of the remains previously found at the site. The subsoil in this garden includes remains from the Borbon Ciutadella built in the 18th century and remains from the city’s medieval walls, built in the 16th and 17th centuries. These elements are listed as a Cultural Asset of National Interest. The site also includes the remains of the old Ribera neighbourhood, partially destroyed at the time the military stronghold was built, remains from the Universal Expo of 1888 and other structures built when the city was already being used as a park.

The garden will be open to the public, but the fencing to allow the vegetation to take root will remain in place until the spring of 2023. During this time, the paths that form a cross and go through the gardens will be open. Information canvasses will be mounted on the fencing with details on the site, its history and vegetation.

Plaça de Joan Fiveller, formerly Plaça d’Armes, was conceived as a project in 1916 by the French urban planner and landscape artist Jean-Claude Nicolas Forestier. The garden was designed as a prelude to the city museum, housed in what is now the Parliament of Catalonia.

In 1918 the sculptor Josep Llimona was commissioned to produce a full-scale sculpture in marble. His work El Desconsol stands the centre of the pond in the gardens. 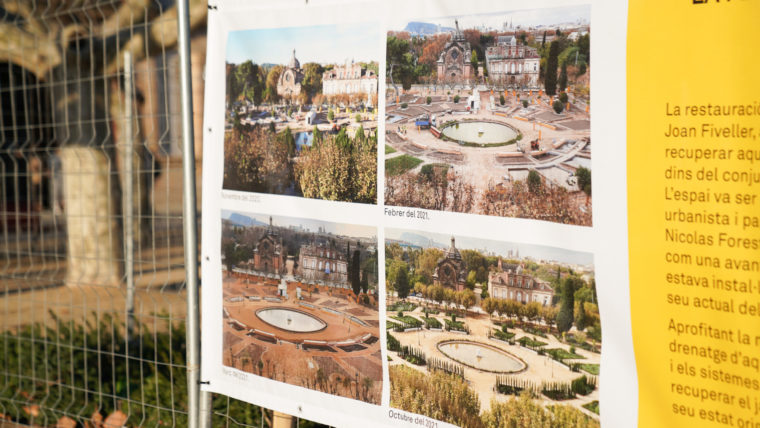