Barcelona Energia is a metropolitan distributor of 100% renewable energy certified by the CNMC, created to move towards energy sovereignty and promote a fairer, more efficient, sustainable and transparent energy market. BE is managed by Tersa, a public environmental services company, with Barcelona City Council the majority stakeholder. 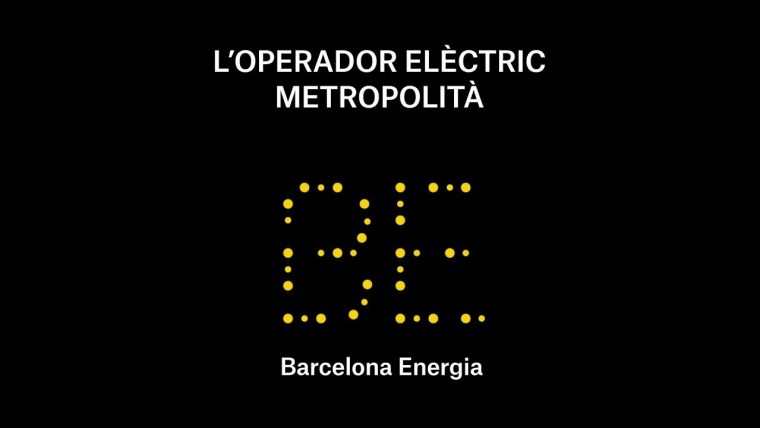 Barcelona Energia flicked the switch and started operating on 1 July 2018, becoming the largest 100% public supplier of renewable energy in the state. Two and a half years on, the service reaches 36 municipalities, supplies 2,800 homes and businesses and 4,700 municipal power points, including streetlights, public housing, facilities, offices and markets in Barcelona. The savings in public spending in Barcelona alone equate to 1,300,000 euros. In addition, demand for the service continues its upward trend and grew by 82% in 2020.

Barcelona Energia was set up to lead the transition to energy sovereignty in the city and break the dependency on the electric oligarchy; to back the generation of locally produced renewable energy and to avoid greenhouse gases resulting from the energy used in transportation; and to foster more responsible and rational use of electricity.

With these goals, the distributor promotes the self-generation of solar energy, offers advice to users to achieve greater efficiency in consumption and features a user assembly where associations which defend people’s interests also take part. In addition to this control and transparency mechanism, Barcelona Energia, as a public company, is governed by the Transparency Act and all its information is publicly available.

Barcelona Energia distributes electricity with a 100% renewable origin, certified by the National Commission for Markets and Competition (CNMC), through a system guaranteeing origin. These guarantees offer official certification by an independent body the origin of the energy distributed by BE and that it is 100% renewable.

Specifically, the energy supplied by BE comes from the metropolitan biogas plant, providing a combustible gas generated by the biodegrading reaction of organic materials, located in the Vall d’en Joan, and from all the City Council’s solar panelling installations. The rest of the energy needed to cover demand is purchased from the producers of renewable energy through a public tender process, according to the current legislation. In 2020 the tender was won by the company Factor CO2, in 2019 by the distributor Gnera Energia and in 2018 by Endesa Energia.

The company is mainly municipally owned, with the City Council having a holding of 58.64% and the Barcelona Metropolitan Area 41.36%. As a result, Tersa’s management of BE does not require a public competition as it is assigned to a public environmental services company in which the City Council has a majority holding and complies with all current regulations.

Tersa also manages the municipal solar panelling installations and the biogas energy exploitation plant which supplies Barcelona Energia. In addition, it produces energy at a waste recovery plant, where part of the waste is incinerated to produce electricity. The energy produced at the plant, in contrast to power from biogas, is not supplied through BE because it cannot all be considered of renewable origin.

Barcelona Energia has the vocation of offering a quality transparent local service, with citizen empowerment taking priority over financial benefits. The distributor has not increased its pricing in January 2020.

To achieve its goals, the personalised advice offered is aimed at improving the efficiency of user consumption and adapting the pricing to the type of consumption of each family or business. This personalised advice and the range of prices allows for savings of up to 34% on the cost of bills, particularly among businesses which haven’t changed their contract in the last twelve months. In the last annual survey, 86% of participants rated the service as excellent.

Among the tariffs for household users, Barcelona Energia offers the cheapest pricing for 100% renewable power through its variable rate. This is the most transparent type as it allows users to pay for power at the real market price and save on the cost of safety margins charged with fixed-rate tariffs. It also fosters residential self-consumption, one of the main goals of the distributor for promoting renewable energy, with the solar tariff. This is also one of the options for businesses and SMEs, which can choose from various rates depending on their needs.

The metropolitan distributor cannot offer the social discount, as the current state regulations only allow this through a selection of distributors. Even so, as BE is not profit-driven, if a case is identified where a BE user is entitled to the social discount, they are offered advice to refer them to the authorised companies so that they can benefit accordingly.