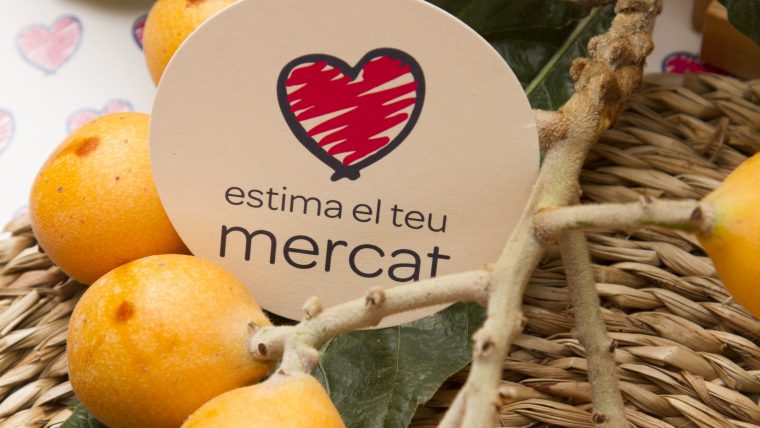 Barcelona’s municipal markets are organising activities with other markets from around the province from 15 to 31 May for the sixth edition of International Markets Week, under the international “Love your market” campaign. The event is aimed at promoting healthy, quality and locally produced food, as well as highlighting markets as conveyors of these ideas, social centres and the heart of our neighbourhoods. “Markets: close to your heart” is the main idea behind this year’s edition where markets will be opening to the public with food events, talks, cooking demonstrations and cultural and family activities. Over 60 events that will are being held in the context of local commerce, local personal contact and the professionalism of retailers, and healthy lifestyles.

The aim behind this year’s “Love your market” campaign is to raise the profile of markets (retail and wholesale) through festive and recreational activities and thereby attract more citizens and, above all, young people. It stresses the role of markets as centres for healthy eating, where you can buy fresh, quality food, while also acting as community meeting places and the driving force behind economic and urban transformation. Many markets have refurbished, modern facilities, and absolutely all of them have a connection with the local environment and neighbourhood.

What’s on during the week

From May 15 to 31 you can take part in the activities organised by the Markets of Barcelona.

The coming days will see markets opening to city residents with a large variety of cultural, culinary, recreational and family activities: there will be concerts, exhibitions and various cultural events focusing on the young public, as well as cooking demonstrations, children’s activities and food and re-use workshops for all ages, not to mention talks on health and the environment. It’s all designed for residents to have fun and learn to take care of themselves by eating seasonal produce.

For 15 days, the markets will continue offering residents fresh, quality and seasonal produce with the best experts, although there will also be a chance to learn about nutrition and discover new cooking tips or recipes.

We’ll be able to enjoy a Tapas Night on 18 May at the Mercat del Guinardó and the 50th anniversary celebrations of the Mercat de Vall d’Hebron. On 25 May there’s a communal botifarra sausage-fest at the Mercat de Les Tres Torres. The Mercat de Lesseps will be playing host to a workshop and tapas tasting-session on 1 June with seasonal produce run by the “Chup, Chup, Chup” blogger, Sílvia, offering the best advice on cooking delicious healthy dishes.

Focusing on sustainability as its central them, the Mercat d’Hostafrancs will be holding a re-use workshop on 25 May, run by the chef Jaume Brichs, where a collection of recipes will be offered, taking account of sustainable and budget cooking, with several dishes being prepared. The Mercat de la Boqueria will be showing us how to prepare health juices on 20 May, with the stallholder Marc Ausiró in charge.

Families will be able to share several activities such as the “màgia d’Aprop” show taking pace this coming 18 and 25 May at the Mercat de l’Estrella and Mercat de Santa Caterina, respectively, where magic games will be flooding the market walkways with tricks using food. Note here too the “Carretada de contes” activity, where a theatre will be explaining several stories where the central characters will be vegetables and fruit at the Mercat de Sarrià on 18 May.

This year will see culture playing a special role among the organised activities, for example, the Mercat de Sant Antoni will be holding a cycle, in the Fossat space, entitled “Poetic Readings in the Sunday Book Market“, the play “Lysistrata” and Museums Night.

Solidarity will also have its place a International Markets Week, with activities such as the one organised by the ‘Solidarity Book’ entity which will be descending on the Mercat de la Concepció, Mercat de Felip II, Mercat de Les Corts, Mercat de Santa Caterina and Mercat de Sants with a lyrical performance from Gerardo Wistuba. Another example will be the comic workshop on social exclusion at the Mercat de les Corts on 25 May.

An extensive programme of talks, showcookings and workshops will be showing us several summer recipes at the Mercat d’Horta on 18 May, revealing various recipes with produce from the Mercat de Sant Andreu too on 25 and giving us advice on food and visual health on 24 May at the Mercat de Guineueta. There will also be workshops for young children, who will be able to show off their creativity at the drawing workshop organised by the Mercat de Galvany on 22 May and to enjoy a clay cookery workshop at the Mercat de la Llibertat on 18 May.

Note too that under the campaign, Nou Barris’ markets will be holding their 18th Markets Fair, where the Mercat de Mercat de Canyelles, Mercat de la Guineueta, Mercat de la Mercè will be organising a popular aperitif at Plaça de Nou Barris.

The initiative was launched in 2014, promoted by English markets with backing from the World Union of Wholesale Markets (WUWM), which created the “Love Your Local Market” campaign, together with other organisations representing city markets in Europe and the rest of the world. There are currently 24 countries taking part, this year using the slogan “Markets close to your heart” to organise several activities for promoting markets.

The Barcelona Municipal Institute of Markets is also taking part in this initiative for boosting municipal markets, alongside the Barcelona Provincial Council and Mercabarna. 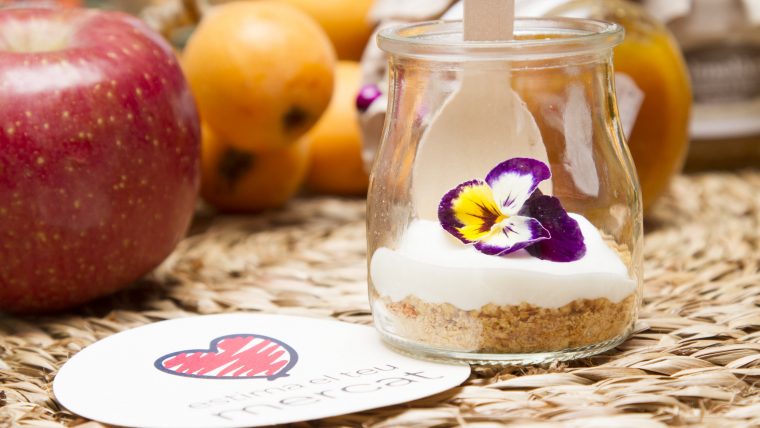 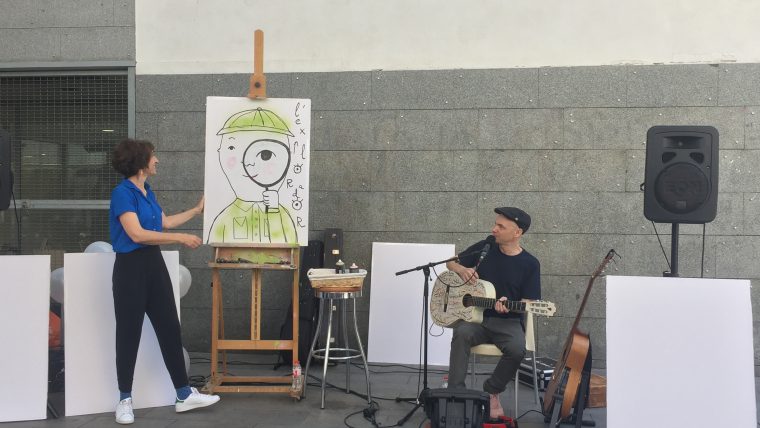 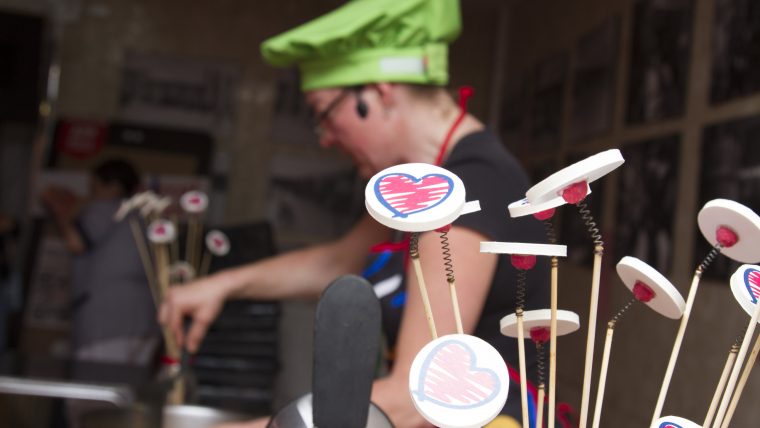 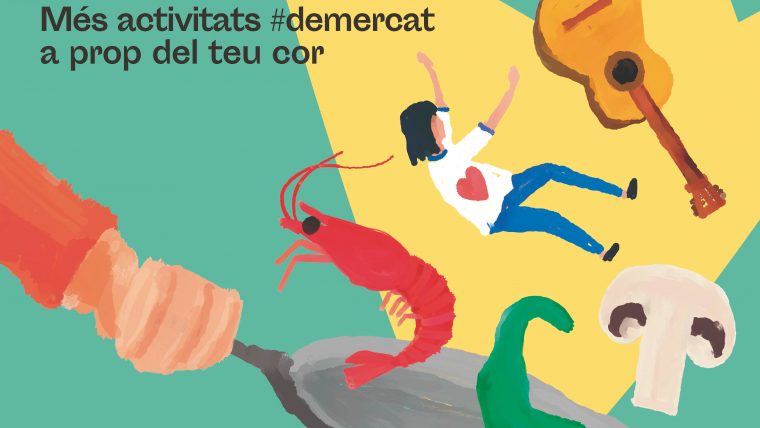