Barcelona offers to take in 100 refugees from the boat ‘Aquarius’

Municipal services providing support for asylum seekers have mushroomed since the refugee crisis broke out in 2015. Given the current emergency with the boat ‘Aquarius’, and in line with the capacity of cities such as Madrid, the city can take in twenty families, around a hundred people.

The City Councils of Barcelona and Valencia have already been in touch about providing an emergency solution for twenty families, enabling a hundred people to reach the Catalan capital and receive support from municipal services. The Care Service for Immigrants, Emigrants and Refugees (SAIER) has attended to 3,500 people so far this year, 780 of them minors. On top of the 4,405 attended to last year, the figures show a constant rise of 100% over recent months.

Since the city declared itself a Refuge City in 2015, Barcelona has used municipal resources alone to attend to 11,660 people.

Barcelona City Council is making a huge effort to help refugees. The city has invested 5.5 million euros so far this year, most of which is being used to offer emergency accommodation to refugees and migrants who have just arrived.

A network of social accommodation has never been constructed in the city, meaning greater investment, and support facilities have had to be adapted for minors. Some of the money has also been used for translations into the languages of those arriving.

The state has exclusive power in everything to do with the arrival of people seeking refuge. This includes granting asylum status, offering safe and legal means of arrival and more, as well as the support organised by cities such as Barcelona.

Even so, out of the 330 million euros which the state receives from the EU, most of the money is spent on border controls, foreigner internment centres (CIE) and deportations. Only a fraction is spent on support for people.

In addition, in 2011 the central government did away with migrant reception funds for municipalities, worth 200 million euros. The City Council has called on Pedro Sánchez’s government to reinstate this funding.

The latest state budget, currently going through the Spanish parliament, only involves a 1.6% increase in funding for migrant support policies, when the rise in arrivals is 100%.

Calls on the state and the Government of Catalonia

In this context, institutional cooperation is therefore an essential means for finding effective and worthwhile solutions in the face of the increase in arrivals expected this summer. Because of this, the City Council has called on the state and the Government of Catalonia, which is responsible for reception and unaccompanied minors, to turn their show of sensitivity into resources, planning and policies to support people arriving. 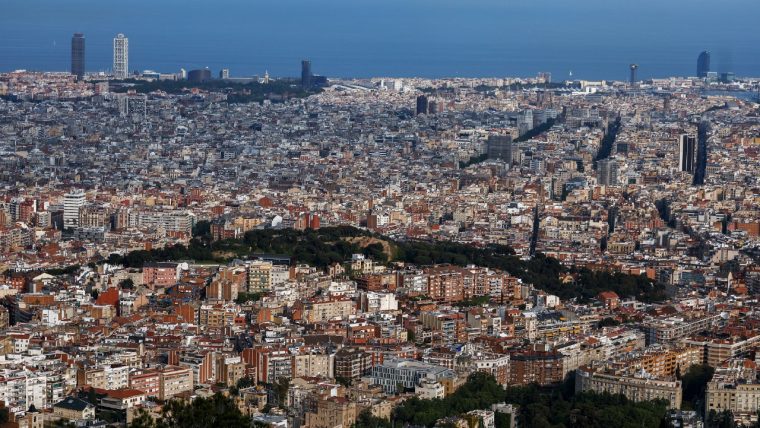