Barcelona has taken in 465 migrants in the last fortnight and activated an emergency protocol to handle their arrival. Because of this, the City Council is calling on the state to face up to its responsibilities in terms of asylum and migration, areas which it receives EU funding for. 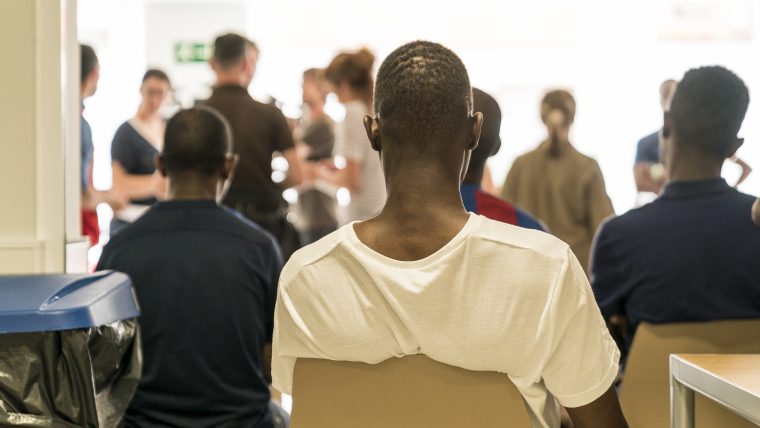 Just before taking in the 60 people rescued by the boat Open Arms, the joint emergency operation by the Catalan Red Cross and Barcelona City Council attended to 465 migrants in just a fortnight. Those arriving came from the coast in Andalusia and 267 of them were put up in two municipal facilities urgently made ready for them in 48 hours and made available for temporary use by the Red Cross. The two facilities are the Emergency Night Shelter (CANE) and the Social Emergency and Urgent Care Centre (CUESB), which between them have 172 places.

Given the situation, on 29 June, the same day that a hundred migrants died off the Libyan coast, Barcelona City Council called an extraordinary press conference to assess the management of the reception of migrants. The press conference was given by the Deputy Mayor for Citizen Rights, Jaume Asens; the Deputy Mayor for Social Rights, Laia Ortiz; the coordinator of the Catalan Red Cross, Enric Molist, and the director of international cooperation with the same organisation, Ramon Jané.

The coordinator of the Catalan Red Cross, Enric Molist, expressed his concern over the significant increase in arrivals from the southern border: “The first six months of the year saw 20,000 people arrive, and in just two and a half weeks 3,000 people have arrived from the south”.

This increase was confirmed by the Deputy Mayor for Citizen Rights, Jaume Asens, who noted that the number of asylum seekers in the city of Barcelona tripled in 2017 compared to 2015, with a total of 4,405 people. There have been 3,500 so far this year, with a rise expected in the summer.

To handle the increase in arrivals, the City Council has created 500 new places, 172 of them for primary reception, 100 managed as part of the municipal programme Nausica and a further 200 in various guest houses. These people are effectively “400 people who would be on the streets if Barcelona City Council didn’t them in, and yet it’s the responsibility of the state”, denounced Asens.

This is exactly why the Deputy Mayor Laia Ortiz insisted on the state getting involved, to tackle an “extraordinary reception situation”. This demand comes in addition to the call from the Mayor of Barcelona, Ada Colau, for the Spanish state to “open up cooperation with cities to ensure the reception of the thousands of people risking their lives in the Mediterranean”.

The emergency operation involves two hundred staff and volunteers from the Red Cross. Their job is to distribute migrants around the various centres available and ensure they eat five times a day, have a place to sleep and somewhere they can take care of their personal hygiene. Medical care is also provided, as is psycho-social support, help with asylum applications or for transfers to town or cities where people have family ties.

Not everyone reaching the city wants to stay. Some are following a migration route to other European countries. In order to stabilise the emergency situation, the organisation works according to the criteria of ‘humanitarian priorities’, meaning priority care for minors, women, the sick and those without a family or social network in the state.

Emergency care comes in addition to other municipal resources. Up until mid-May, the Care Service for Immigrants, Emigrants and Refugees (SAIER) attended to 8,500 people, 3,589 of whom are asylum seekers and 780 of whom are minors. Barcelona City Council also uses its own resources to guarantee accommodation for over 200 people every night, most of them vulnerable families with minors. Over the course of 2018, Barcelona City Council will also be allocating nearly six million euros of its own money to take in refugees.

Laia Ortiz highlighted Barcelona’s role as a “place of arrival”, but added that all administrations should be jointly responsible. For his part, Jaume Asens called on the President of the Government of Catalonia, Joaquim Torra, to specify “where the 1,800 places available for refugees are in Catalonia”, adding: “We welcome the good intentions, but we’d like to know the location and the conditions of these places to know whether we can count on them or not”.

“If the state wants to step aside it can, but it should transfer funding to cities for a job it’s not doing”

Barcelona City Council is also calling for intervention from the state, which “receives European funding for reception”. Asens called on the new government to provide the 330 million euros it receives from European funds for reception. “City councils have no problem with taking on work which is not our responsibility. If the state wants to step aside it can, but it should transfer funding to cities for a job it’s not doing”, noted the Deputy Mayor. He also urged the state to re-establish the Immigration Reception Fund, worth 200 million euros, established under the act on municipalities and suspended by the Partido Popular when it came into power. Asens also called for support to be strengthened at the point migrants and refugees are received, and for the creation of a communication protocol between the Secretariat for Migration and cities of refuge.

Towards Europe as a refuge

In the view of Ada Colau, “Europe has got to react”. Colau also pointed out that cities, “despite not being responsible, have been taking in people with their own resources for years”. In this respect, the Catalan Red Cross is concerned about “a socio-political context which gives no cause for optimism”, in the words of the coordinator in Catalonia, referring to Europe’s policy of closing borders, particularly the new European agreement on immigration. “Right now there are a million people in Libya who want to get to Italy, and these people are not going to disappear”, warned Molist. Jaume Asens added that reception “is not a question of charity, volunteering or solidarity. It’s a legal obligation within international humanitarian law”. 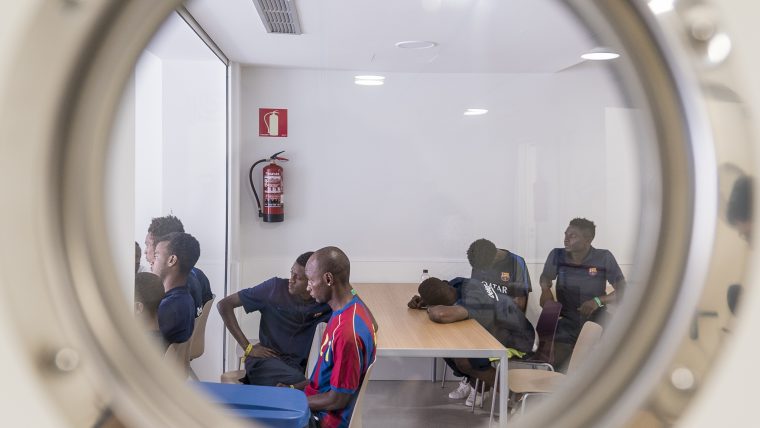