Cities for Adequate Housing: a global alliance for the right to housing

The right to dignified adequate housing and the right to the city are the basis for human rights and basic services for all. A city without residents is not a city, and without dignified housing and an adequate environment and neighbourhood it’s impossible to guarantee people’s quality of life. With this premise, major cities from around the world made their case at the headquarters of the United Nations.

Global cities called on UN representatives to heed their demands and support them by providing more tools to stop local residents from being driven out of urban centres as a result of gentrification and property speculation.

The Mayor of Barcelona, who is also a co-president of United Cities and Local Governments (UCLG), presented the ‘Cities for Adequate Housing’ declaration at the UN headquarters in New York this afternoon. The document was signed by major cities such as Amsterdam, Barcelona, Berlin, Durban, Lisbon, London, Mexico DF, Montreal, Montevideo, New York, Paris and Seoul, and also supported by various organisations and personalities linked to the right to housing.

Guaranteeing access to decent housing is a local challenge which has a global impact. With funding and affordable housing in short supply and a deregulated market, it’s cities and their neighbourhoods which take the strain. The break-up of communities becomes more acute with gentrification and the proliferation of tourist lets, accentuating inequalities when it comes to keeping possession of homes.

The ‘Cities for Adequate Housing’ declaration sets outs local government demands for greater resources and powers to be able to defend the right to housing in the city.

More control over speculation and the property market

Cities are calling for more legal and tax powers in order to combat speculation and the deregulated property market effectively and protect local populations. This should include measures guaranteeing affordable rents and protecting tenants against speculative property booms. In addition, local governments are calling for measures enabling them to reserve affordable housing and to put empty homes or others in precarious conditions to use.

Municipal governments are calling for growth in public housing stocks, which can only be achieved with greater resources and investment from states. The housing emergency requires solutions which guarantee equal access to adequate housing, as well as innovative alternatives which are fairer, more sustainable, agile and economically efficient. At the same time, affordable public housing must be evenly spread around all neighbourhoods to combat socio-spatial segregation and ease tensions between the centre and the outskirts.

The promotion of affordable housing also requires solutions combining cities’ social and manufacturing networks to develop co-produced housing projects. On one hand that means subsidies and tax breaks to stimulate the construction of alternative housing which adapts to the needs of each city, along with a housing model which seeks cooperation and creation from public-private stakeholders. On the other hand, collaboration has to be strengthened with non-government organisations, as does participation, self-management and the empowerment of inhabitants.

A compact, mixed and inclusive city

The affordable housing model extends to integrated urban planning in neighbourhoods, the aim being to build compact, mixed and polycentric cities which don’t depend on private vehicles and which prioritise pedestrian mobility and efficient public transport.

The overall goal of the declaration is to highlight the need for an alliance, with cooperation between cities, municipal governments and states to form a common front which goes beyond terms of office and local competition and leads to a long-term joint strategy.

An affordable, inhabitable and accessible home should have no legal issues over ownership, it should have services, materials, facilities, infrastructures and be culturally appropriate. Access to adequate housing is set out as one of the UN’s sustainable development goals, a basic right for everyone.

The model for adequate housing needs a change of mentality from states and cities alike, the latter being the ones which suffer the effects of gentrification and property speculation first-hand. A new paradigm is needed, driven by global housing initiatives such as The Shift, and which is based on the Habitat III New Urban Agenda. That means inclusive, safe, resilient and sustainable cities as the best formula for tackling the problem, a vision shared by the UCGL, the Office of the UN High Commissioner for Human Rights and the UN Special Rapporteur on the Right to Housing, Leilani Farha.

Global cities understand the challenge of guaranteeing access to housing as something which affects all municipal governments and which needs to be addressed with jointly agreed strategies. The dialogue with cities such as London, Paris, New York and Montreal over the last few months has helped similar stances to be taken and an exchange of experiences in the fight for the right to housing. The city alliance is reflected by the UCGL global network, which supports the ‘Cities for Adequate Housing’ declaration and offers a space for debate and reflection between municipal governments. This debate is necessary to provide a single voice for the demands presented today at the UN and to highlight how states need to listen to cities when it comes to the right to housing and the right to the city. 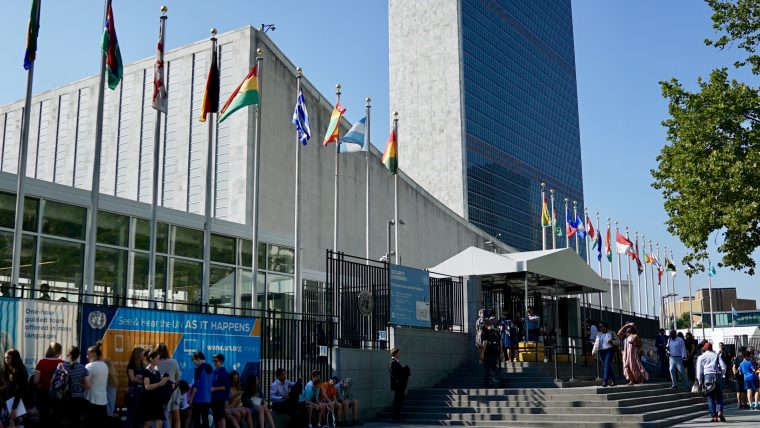 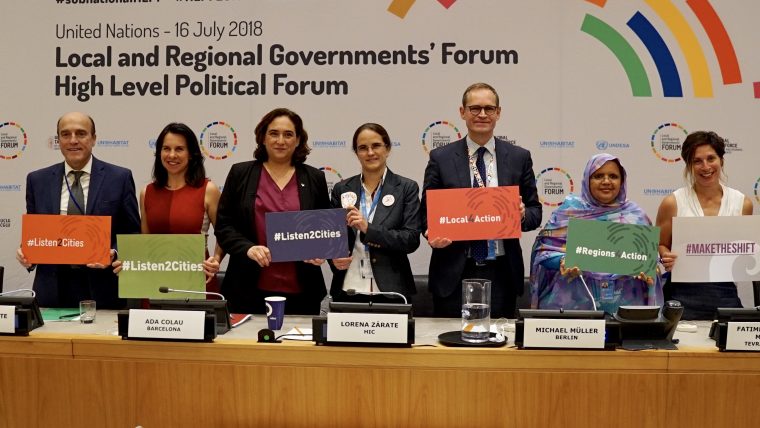 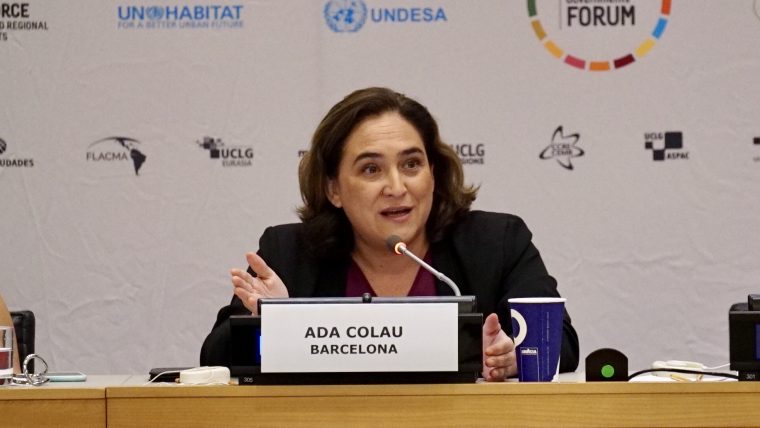 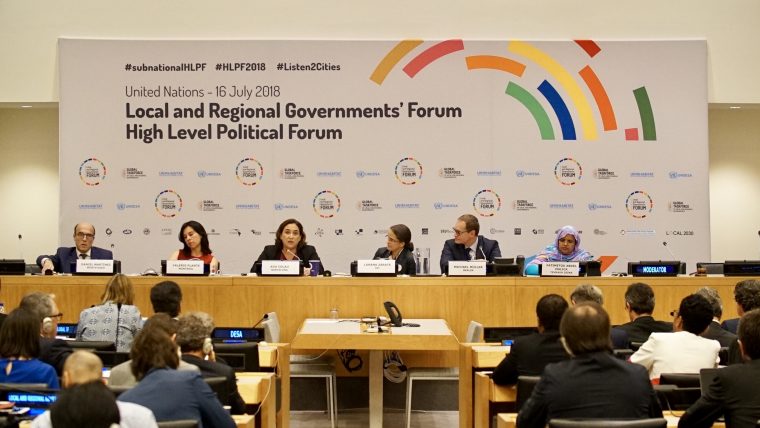 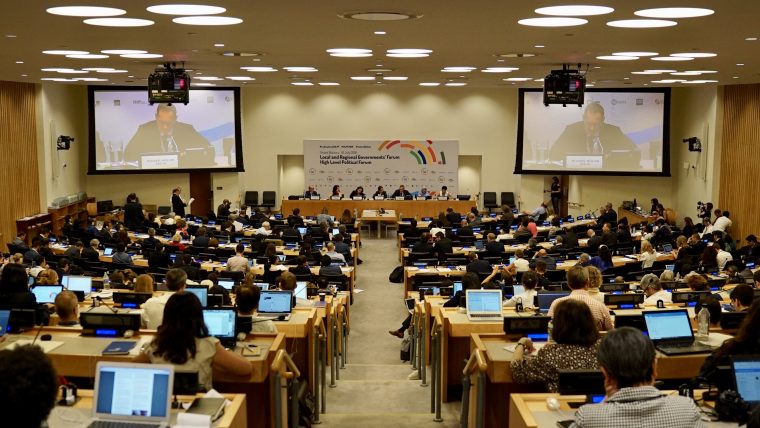