The City Council has signed an agreement to cooperate with the United Nations Relief and Works Agency for Palestine Refugees (UNRWA), providing support for humanitarian action by the agency among populations of Palestine refugees in Jordan, Lebanon, Syria and the occupied territories. The agreement was signed during a visit by the executive director for UNRWA in Spain, Raquel Martí, who was received by the Councillor for International Relations, Laura Pérez, and the Director of Global Justice and Cooperation at the City Council, David Llistar. 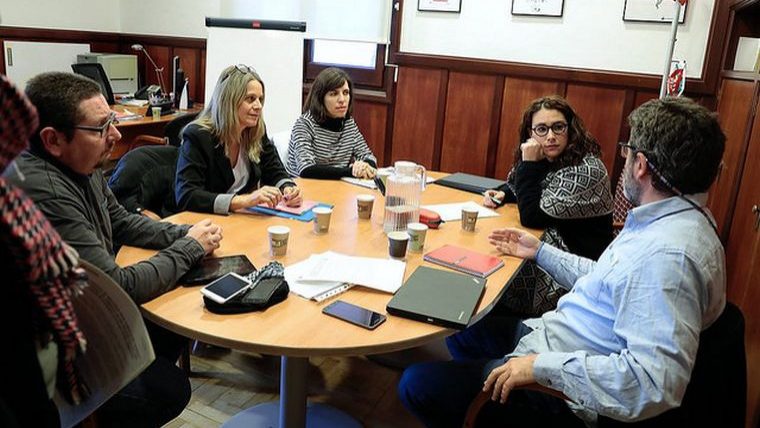 “Humanitarian action is one of the main areas where the City Council wants to contribute, given the growing vulnerability and threats suffered by refugee populations such as the Palestine one”, underlined Pérez. She also noted that the mission and the goals of the UNRWA coincide with the Master Plan for Global Justice, “which, among other values, stands up for human rights and peace”.

The agreement is to collaborate with the sum of 95,000 euros, which comes from the 2017 budget for the Department for Global Justice and Cooperation.

Out of that sum, 75,000 euros will go to the humanitarian action project to build resilience through psychosocial activities for the child population in the Gaza strip. The project is designed to provide psychological support for children affected by the violent blockade by the Israeli government.

The other 20,000 euros will be used towards the educational development project in Barcelona ‘Seguim sent refugiades i refugiats de Palestina’ [We’re still Palestine refugees].

The signing of the agreement comes just days after Israel’s prime minister, Benjamin Netanyahu, insisted the UN should close down the UNRWA, as he considers the agency is perpetuating the problem of Palestine refugees and the narrative of the so-called ‘right to return’.

Laura Pérez used the UNRWA Spain’s visit to the City Council to show support for the international agency. The Councillor declared that the role of the agency is absolutely vital.