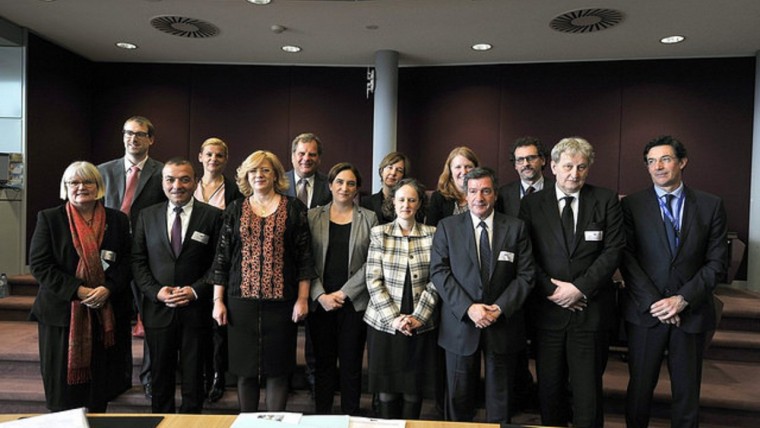 The Mayor of Barcelona, Ada Colau, took part in the round table session on migration and refuge organised by the European Commission. Barcelona was one of the guest cities, along with Paris, Athens, Amsterdam, Helsinki, Malmö, Rome and Ghent.

The session, which could be followed live, looked at the role of cities in the integration of migrants and refugees, analysing the issues for local administrations faced with the current challenge of the huge influx of people requesting international protection in Europe.

During her speech, the Mayor defended the relevance of the role of cities in receiving migrants and asylum seekers. “Cities are the natural space for arrival and so, although the power to grant asylum lies with states, it’s the cities who must handle reception”, explained Colau.

The Mayor pointed to the dysfunction caused by the fact that while cities “have the knowledge, the experience and the resources to take people in”, policy in this area is only defined from the perspective of states.

Because of this, Colau called for cities to have a part to play in European migration policy and the drawing up of guidelines, as well as requesting a say in funding in this same area with the creation of a budgetary item specifically to help cities handle the issue.