Defending human rights, a right to be protected 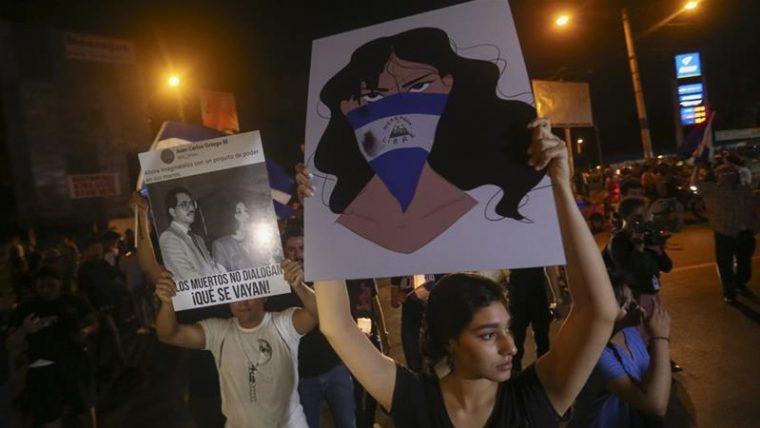 “In recent years, Barcelona City Council has been making human rights an increasingly central feature of public policy” states the government measure Barcelona, City of Rights Programme The very design of municipal policies is based, methodologically speaking, on what is known as a rights based approach: each and every one of the public actions has to be based on one or a number of rights, and municipal responsibility is based on respecting them, protecting them and guaranteeing them.  Citizens are the holders of these rights. The Administration is holder of the obligations, that is, it has to ensure they are honoured.

One of the lines of action of this measure is in fact the creation of a network of people and entities who work to defend human rights. Its role is to reflect on and monitor the state of human rights in the city, and it should serve as a place for the co-production of public policies.

For this reason, on 28 and 29 September 2018 a course was held entitled “Human rights defenders: experiences from the front line”, at Model de Barcelona, organised by Barcelona City Council within the framework of the School for Human Rights Defenders.  Aware of the gap that exists with regard to training aimed directly at people and entities that act as human rights defenders in the city of Barcelona, this school aims to serve as an instrument for boosting their skills, with a training programme adapted to their needs and objectives.

WHO ARE HUMAN RIGHTS DEFENDERS?

In principle, it is considered that anyone is or could be a human rights defender. Citizens of Barcelona have demonstrated this in a variety of social mobilisations and acts of civil disobedience: the attempted eviction from Plaça de Catalunya of 15-M, the peaceful mobilisations to prevent evictions and the human rights observer brigades during the mobilisations of October 2017.

According to the generic definition given by the United Nations, a human rights defender “is a person who individually or in association with others, strives for the promotion and protection of these rights.Human rights defenders promote both the rights of specific groups (children, LGBTI, etc.), and particular groups of rights (ESCR, public liberties, etc.).”

The declaration approved in 1998 by the United Nations General Assembly on the rights of human rights defenders, states that: “In the exercise of human rights and fundamental freedoms, including the promotion and protection of human rights as referred to in the present Declaration, everyone has the right, individually and in association
with others, to benefit from an effective remedy and to be protected in the event of the violation of those rights.”

More specifically, the UN Office of the High Commissioner for Human Rights states the following on the work of human rights defenders, in an informative publication on the issue: “The work of human rights defenders consists of the gathering and dissemination of information, advocacy and the mobilization of public opinion .[…] They actively participate in the provision of the material means necessary to make human rights a reality – building shelter, providing food, strengthening development, etc. They work on democratic transformation in order to increase the participation of people in the decision-making that shapes their lives and to strengthen good governance. They also contribute to the improvement of social, political and economic conditions, the reduction of social and political tensions, the building of peace, domestically and internationally, and the nurturing of national and international awareness of human rights.”

WHAT DO THEY DEFEND AND WHAT THREATS DO HUMAN RIGHTS DEFENDERS FACE?

The work they carry out includes defending a wide range of rights: civil and political rights and economic, social and cultural rights. So, for example, Front Line Defenders classifies the rights defended by the defenders in the following way: rights of children, civil and political rights, economic social and cultural rights, cyber activism, good governance and the right to elections, environmental rights, the rights of people with disabilities, anti-corruption rights, freedom of association, expression and religion, press freedom, women’s rights and various gender rights, the right to justice in the fight against impunity, the right to land, the right to protests and the right to self-determination.

With regard to the threats faced by human rights defenders, this same organisation classifies them as follows: arbitrary detention, arrest and imprisonment, assassinations, cyber attacks, defamation, forced disappearance, physical attacks, interrogations, reprisals and incursions, among others.

A manual on the application of the gender perspective for human rights defenders, produced by Women Human Rights Defenders states that: Violations against women human rights defenders often go unnoticed and unpunished: this also sometimes happens for reasons specifically related to gender. In the majority of societies there is an invisibility and denial of discrimination against women. This leads both to violations and the silence that surrounds them.[…] In some cases, women and men face the same violations, but the context in which they occur, including the socio-political climate of gender discrimination, may result in different meanings being given to the abuses.

PROTECTION OF HUMAN RIGHTS DEFENDERS BY THE UNITED NATIONS

This has led to the establishment of mechanisms to protect human rights defenders at both an international and regional level. At an international level, these mechanisms have been established by the United Nations, which firstly had to define the defence of human rights as a right in itself. Resolution 53/144 of the Declaration on the Right and Responsibility of Individuals, Groups and Organs of Society to Promote and Protect Universally Recognized Human Rights and Fundamental Freedoms, establishes the rules for protecting human rights defenders, and whilst it does not establish new rights, it does make the existing rights more applicable.  This document is not legally binding but it is a reference framework directed at everyone, not only States.

A second international mechanism saw the appointment of a Special Rapporteur on the situation of human rights defenders, established in the year 2000 by the Human Rights Commission (now the Human Rights Council) as a special procedure. The Rapporteur is given the specific mandate of supporting the application of the Declaration on human rights defenders and requesting more information on the actual situation of these people around the world. Their activities include responding to individual complaints, conducting studies, making recommendations on technical cooperation at country-level, and they act as a link for general promotional activities.

Protection International, another organisation that delivered part of the course, analyses how the mechanisms for protecting human rights defenders are not based on an integrated model. First of all, the daily routines of the organisations that work with human rights defenders mean that they do not dedicate the required resources to the safety and security of the people who work there, and they advise that safety and security should become an essential component of the culture of the organisations.

CIVIL SOCIETY ORGANISES ITSELF AND BECOMES A HUMAN RIGHTS DEFENDER

The defence of human rights is not an abstract concept and does not only take place on the international stage.  In the current political context, and at a local level, civil society has been organising itself to defend human rights through a number of networks. One of these networks is Som Defensores [We are Defenders], which brings together organisations with extensive experience in rights defence. Recently, it has focused on denouncing measures adopted by the Spanish state over the last year for reasons that are basically intimidatory that, in some cases, contravene international treaties and internal rules. According to a statement issued in September 2017: “These measures are unnecessary and clearly disproportionate, and they constitute a violation of four fundamental human rights: the right to a fair trial and legal assistance, the right to privacy, the inviolability of the home and privacy of communication, the right to freedom of expression and information, and the right to freedom of association and to protest.”

In conclusion, anyone can be a human rights defender and can form part of a strengthened civil society that helps to create and propagate a true culture of human rights in the city. In the current context, in which we find ourselves faced with a decline of human rights, human rights defenders need to raise their voices and make clear that inequalities are preventable and that we need to continue denouncing the discourse of hate and discrimination, demanding civil rights and public liberties in public space and promoting full citizenship. For this reason, through training courses like this one, Barcelona City Council seeks to create a stable and permanent meeting space for entities and people who defend human rights, courses that promote the right to defend human rights.