A delegation from the Japanese city of Kobe, headed by the Deputy Mayor, Hideyuki Terasaki, is in Barcelona until 15 November to mark the 25th anniversary of the two cities being twinned. The anniversary coincides with the 150th anniversary of diplomatic relations being established between Spain and Japan. 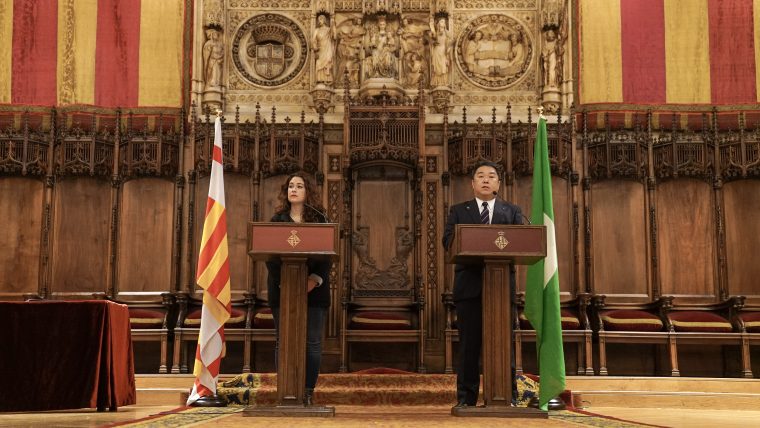 An institutional ceremony was held to mark the relationship, with a 25th anniversary declaration being signed. The document sets out the will to promote continuing relations and to strengthen the friendship and cooperation between both cities.

A collaborative agreement was also signed for areas such as the promotion of open government and exchanges relating to the economy, gastronomy, universities, research and sports. A series of visits has also been programmed and includes Barcelona Activa, the 22@, the Hangar visual arts production and research centre and the Institute for Advanced Architecture of Catalonia (IAAC), offering a chance to discover innovative policies and projects in the city.

At the same time, the two cities have jointly organised an international challenge to foster the use of open data and adapt them for urban improvements. The initiative was presented at the Smart City Expo World Congress. The Deputy Mayor of Kobe also took part in the Sharing Cities event, along with his counterparts from Paris, Milan and Bologna, to debate the qualities for platforms and work promotion programmes.

A broad programme of activities

An exhibition on the art, culture and heart of Japan was also inaugurated, with works created by the Hyogo Province Women’s Association (the province where the city of Kobe is located). The display is on at the Convent de Sant Agustí community centre up until 15 November.

During the visit, Kobe will be organising a supper to promote its gastronomy and the typical Japanese liquor sake. The supper is intended to promote contact between companies, markets and institutions in the Barcelona restaurant sector, fostering exchanges and possible future collaboration.

Finally, capitalising on the fact that the former FC Barcelona footballer Andrés Iniesta currently plays for one of the city’s teams, Vissel Kobe, there was also contact between the Hyogo Football Association and the Catalan Football Federation to promote collaboration between the two institutions in this sphere. 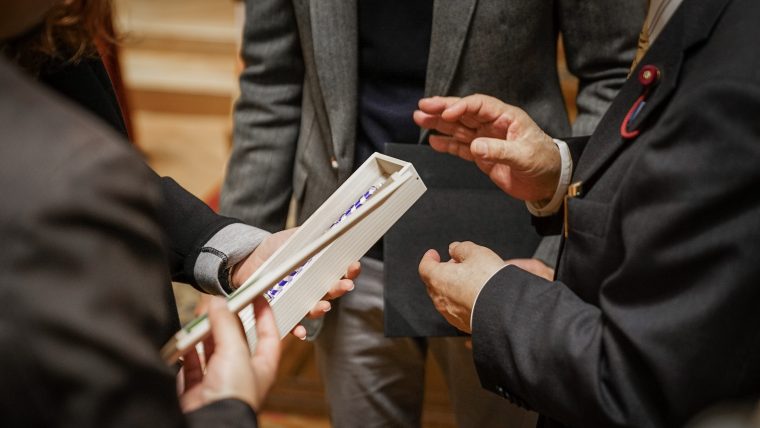 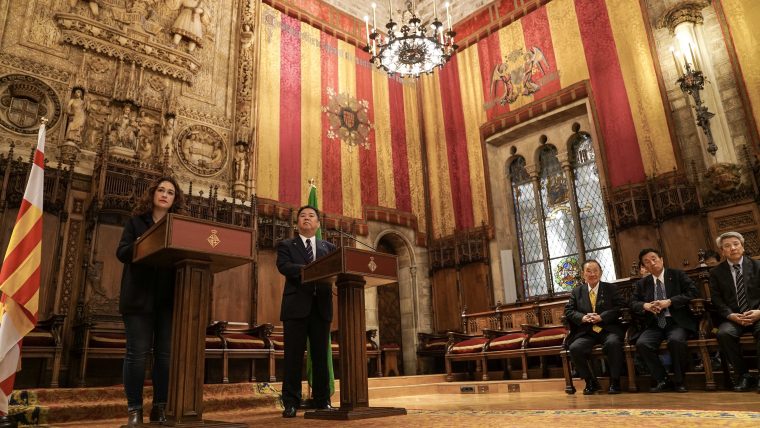