Barcelona’s local festival, La Mercè, is set to fill the city with hundreds of cultural and recreational activities from 20 to 24 September. Besides the traditional human towers gatherings, parades and fire runs, there are also concerts, shows, children’s activities and a special programme devoted to this year’s guest city of Beirut. 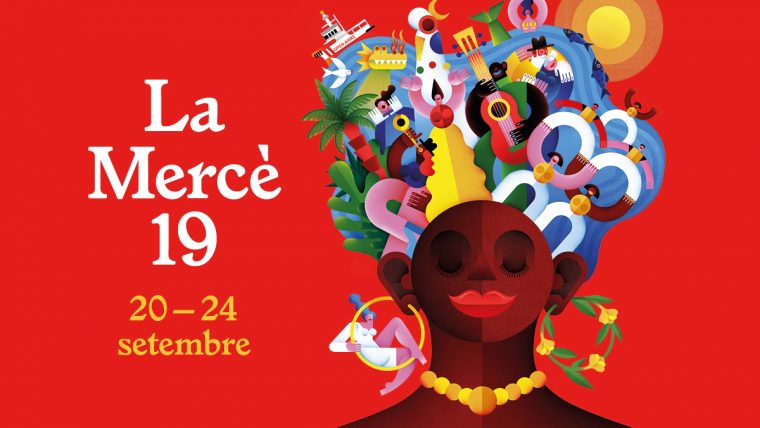 La Mercè gets under way in the afternoon on Friday 20 September, with the opening speech by Manuela Carmena, the Mayor of Madrid from 2015 to 2019. The speech will be followed by the inaugural entourage and ceremonial start to the festivities.

During the festivities, the various cultural groups in the city will be helping everyone to engage with popular culture and tradition. The Castellers de Barcelona are also marking their 50th anniversary and the city is celebrating two centuries of human towers.

The city streets will be hosting all sorts of festive figures, with giants, dwarfs, fire beasts and the full array of the city’s festive imagery involved in nearly 60 performances, staged by 220 popular culture groups and organisations.

The main events are:

This year’s exhibition of the popular culture entourage is in the ground floor of the City Hall, while the giants will be displayed at the Pati Manning. For a close-up look at the dragon and beast figures people should go to El Born CCM.

This year’s Mercè allows us to discover Beirut, a city brimming with creative energy. The special programme extends to various venues around the city and includes films, performing arts and music.

The Filmoteca de Catalunya is offering the film cycle ‘Images of Beirut’ through until 29 September, while the MAC festival includes shows by Lebanese artists in the Parc de la Ciutadella, Passeig de Lluís Companys and Avinguda de la Catedral. One of the highlights is ‘Beirut Night’, a tribute to the guest city’s artistic potential which is set to turn the Parc de la Ciutadella into a celebration full of music and dance.

The work of Joan Brossa is the inspiration for the video mapping display which will be projected onto the façade of the City Hall this year, offering a chance to re-live the creative world of the visual poet, born a century ago.

The beach in Barceloneta is the place to go for fireworks, with the 22nd International Fireworks Festival being held there on the night of Saturday 21 September. The festivities also round off with the traditional fireworks and music spectacular in Av. Reina Maria Cristina. This year the music and fireworks mark the 50th anniversary of the last concert by The Beatles, the twenty years since the Gran Teatre del Liceu re-opened and the 75th anniversary of the death of Glenn Miller, as well as paying homage to Montserrat Caballé and featuring typical music from Beirut, this year’s guest city.

As part of the festivities for La Mercè, the MAC Festival (Mercè Street Arts) selects and promotes shows featuring dance, circus, street theatre, mime and other forms of multi-disciplinary technologies, the onus being on audiences engaging with the latest artistic trends from home and abroad.

Notable inclusions this year include the special programme dedicated to African artists, which can be enjoyed at the Parc de la Trinitat, as well as the 25th anniversary of Pallassos sense Fronteres, to be held beside the Besòs river with new stages and shows featuring clowns from different corners of the world.

Over the five days of La Mercè, the MAC Festival will be presenting almost 150 companies from home and abroad, offering 430 performances between the Parc de la Ciutadella and Passeig Lluís Companys, the Parc de la Trinitat, Castell de Montjuïc, the Llera del Besòs, the Palauet Albéniz and the Antiga Fàbrica d’Estrella Damm.

Another part of La Mercè is Associa’t a la Festa, the festival where Barcelona’s associations and entities take centre stage. On 21 and 22 September, Plaça de Catalunya is a place to experience and celebrate the role of associations. This fourth edition places the emphasis on co-production and collaborative work carried out with local residents.

The programme for Associa’t a la Festa 2019 is possible thanks to the joint work of up to 275 collective organisations in Barcelona, offering over 175 activities around different sections in the square, designed for all audiences to take part in.

Sustainability and sports for La Mercè

Sunday 22 September brings Car Free Day, an event which forms part of European Mobility Week (16 to 22 September) and which Barcelona is building into the programme for its local festival with Mercè Respira. Via Laietana will be completely clear of vehicles from 11 am to 8 pm, and in particular the exhaust fumes they produce. Instead of cars, motorbikes and goods vehicles, the street will become a green space for people to relax and play in, reconquered by citizens and offering peace and quiet and all sorts of recreational activities inviting people to redefine their relationship with the asphalt for a while.

Sport also plays a part in the festivities for La Mercè, from athletics to adapted football, the now-traditional mass fitness class, beach rugby, kite skating, chess and beach volleyball. One of the main changes this year is that the La Mercè Fun Run 2019 takes place after the festivities, on Sunday 29 September. The other mass event, the Fitness Festival, is being held at its usual location in Av. Reina Maria Cristina on Sunday 22 September. 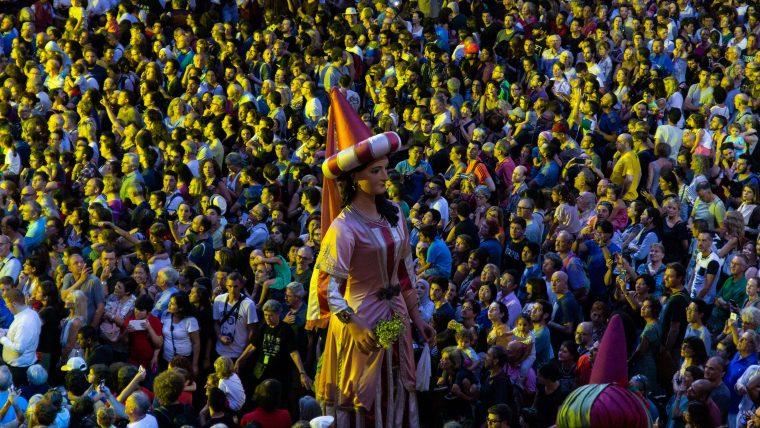 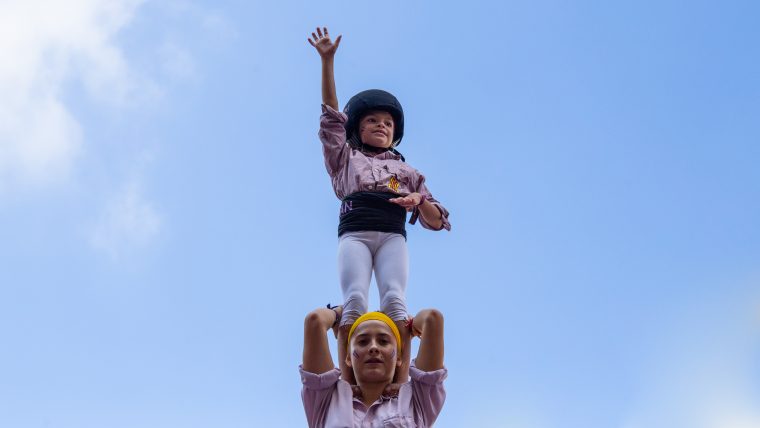 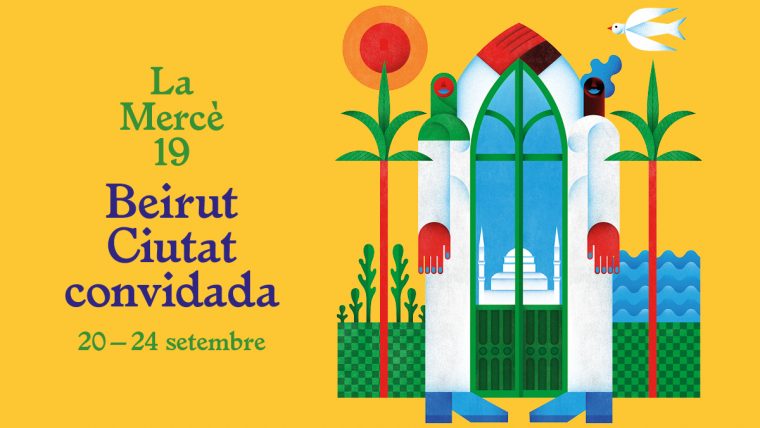 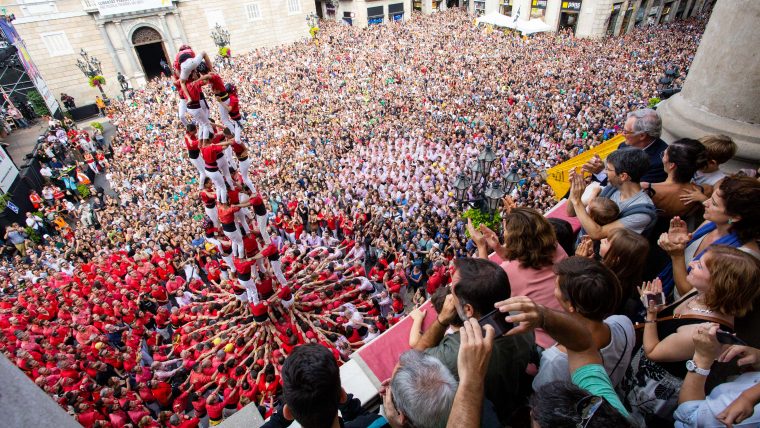 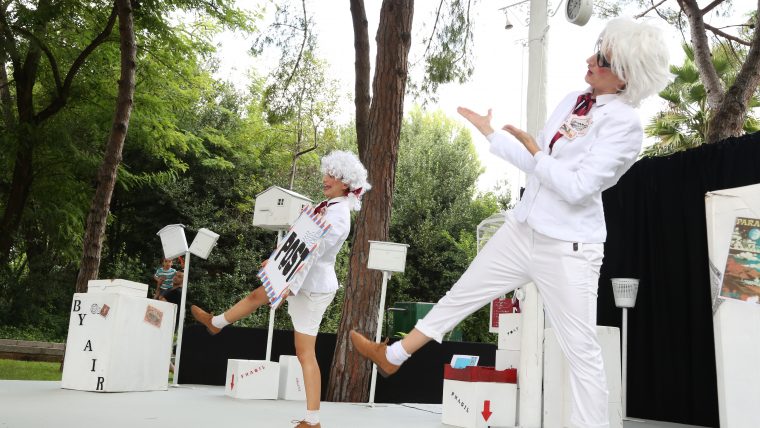