El Born CCM is behind a three-year project (2019-2021) entitled ‘Paradigma Mur. Berlín-Barcelona 1989-2019/1961-2021’, which ends with the sixtieth anniversary of the start of construction work on the wall. The project marks the two events by reflecting on the impact of the wall in Europe in a period such as the current one, when the democratic crisis poses multiple questions and seeks answers. 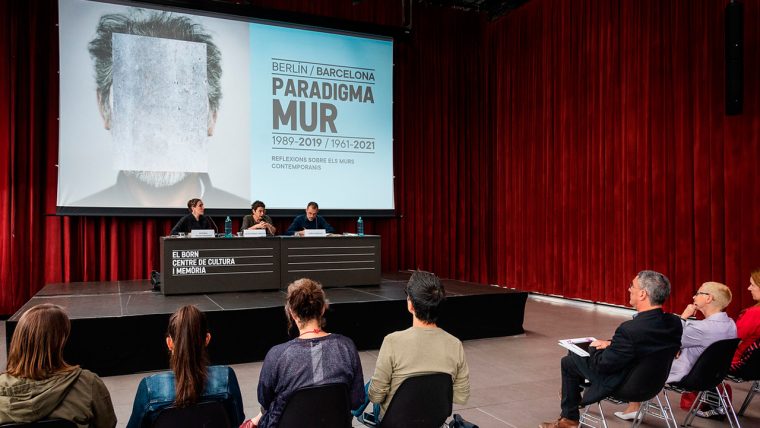 On 9 November 2019 it will be thirty years since the Berlin Wall was demolished. Between 1961, when it started being built, and 1989, the wall physically marked the ideological separation of the city and its territory, becoming a political symbol of the Cold War. The destruction of the wall marked a paradigmatic shift in historical memory and the contemporary world.

Various institutions and other stakeholders have collaborated with ‘Paradigma Mur. Berlín-Barcelona 1989-2019/1961-2021’ to mark the two occasions by offering activities in different formats.

Conceived and coordinated by Kathrin Golda-Pongratz, ‘Paradigma Mur’ is an initiative through which El Born CCM invites people to think about the imprints left by the construction and demolition of the wall, about the local and generational conflicts created by wall and about how political, cultural, social and memorial narratives are configured and reconfigured.

Debate, memory and reflection will be generated through various activities, including workshops, talks, film cycles, exhibitions, artistic action and much more. Full information can be found at elbornculturaimemoria.barcelona.cat/cicles/paradigma-mur-berlin-barcelona/.

‘Paradigma Mur’ is one of the projects promoted through the city’s public policies on historical memory to foster knowledge, the recovery of democratic memory and the exchange of experiences and understanding with other European cities where civil movements have promoted debate on public memory.