The Municipal Archaeological Service is taking part in research never seen before which has enabled Francoist air-raid shelters to be located and documented. It has also shed light on one of the city’s darkest period. Republican Barcelona, organised civilly and administratively, was a pioneer in building passive defences for protecting the population from Francoist aerial bombings. That work did not end in 1939, however; and the dictatorship continued building shelters in the face of a possible Allied incursion 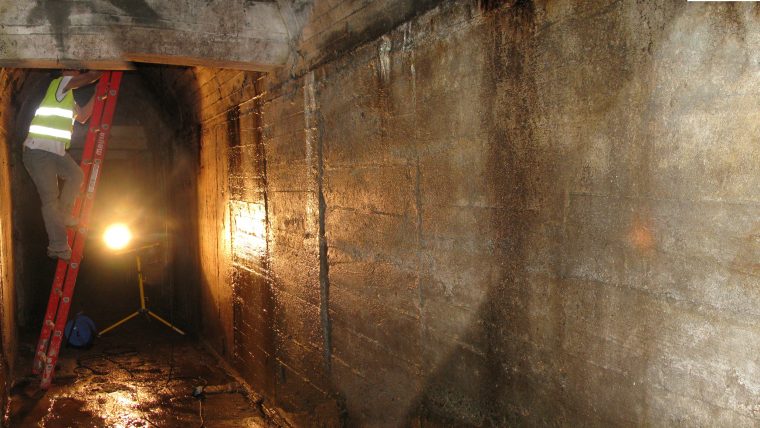 A map of Barcelona from the 1930s shows a concentration of blue points, over a thousand of them, marking out the location of air-raid shelters. This is one of the documents that has furthered the scientific research carried out by the archaeologist Jordi Ramos, a specialist in the Spanish Civil War. Collaborating with him on that project is Carme Miró, from the Municipal Archaeology Service. Years of documentary and archaeological research have culminated in their identifying and locating of Francoist air-raid shelters, built from a Republican model, which are giving a new perspective on the dictatorship’s post-war militarisation.

Barcelona, an example of civil organisation and defence

It was during the Spanish Civil War that the Barcelona Architects’ Union and the Local Passive Defence Board planned and built air-raid shelters for protecting the civil population from fascist aerial bombings, mainly from Mussolini’s Italian Legionary Air Force. The first shelters were originally located in schools to protect children from explosions but later extended to the rest of the city, when tunnels were dug out under streets and basements constructed for buildings.

The Francoist troops that entered Barcelona in January 1939 found a city covered in ruins, a destruction caused by fascist aerial bombings.

Spain, a possible target of the Allies

It was long thought that the Franco regime tried to destroy and hide these air-raid shelters, a notion that current research dismisses thanks to documentary and archaeological evidence showing the dictatorship appropriated the Republican model for air-raid shelters for building more and strengthening its defensive positions.

This scenario fits in with the international context of the time, given that at the start of the 1940s Francoist Spain, backed up by Italian fascism and Nazism, would have been a possible target for the Allies during WW2. Facing a potential Allied incursion, the purged Defence Board, now called the Junta Nacional de Defensa Pasiva, planned to build more air-raid shelters in the city.

Following the Civil War’s aerial bombings, with the civil population a military target, bombs were designed with delayed detonation, with the aim of penetrating buildings and destroying their structures. Which is why the Franco regime ruled out using air-raid shelters built under streets, which had no protection from buildings, and prioritised the use of basements.

In 1941, with 1,081,175 people on the Barcelona census, shelter was available for 40% of the population. The rest had to follow an evacuation plan through the city’s main roads, a theoretical process that had never been put into practice.

October 1943 saw the publication of a decree ordering the building of air-raid shelters in municipalities with over 10,000 residents, a measure responding to fears of the Allied advance and of an increasingly possible attack (the Allied invaded fascists Italy in May 1943). The planned building of the air-raid shelters was accompanied by a strengthening of the line along the Pyrenees, but the high cost of militarisation and a lack of necessary arms prevented a good part of planned measures from being implemented, above all those concerning the building of shelters.

Although the threat of war dropped following the UN’s recognition of the Franco regime in 1955, the last meeting held by the National Passive Defence Board was in 1973, during which it was responsible for around 1,400 air-raid shelters:

The rest were underground, fitted-out ground floors and shelters that had been planned but were never actually built.

Invoices for covering up shelters

The research carried out by Jordi Ramos and Carme Miró also solved one of the mysteries surrounding post-war Barcelona at the time: what happened to the debris that resulted from the fascist bombings? A discovery of invoices and other documents has shown that the Franco regime paid building companies to cover up the access points and tunnels of numerous air-raid shelters, with the aim of reclaiming in future the ones best suited for passive defence. Thanks to the high cost of these operations many of these shelters remain blocked by debris to this day.

These very documents have proved an important source of information for locating air-raid shelters, as the various registers and archives offer a setting that is complex and hard to interpret. The inventory prepared in 1962, for example, records 153 shelters, with a new numbering system that fails to match the previous one. In addition, there are documented shelters that have never been found and, by the same token, others discovered which were never recorded. At present, Barcelona’s Archaeological Map has 1,273 air-raid shelters recorded on it.

This research has not only unearthed the archaeological reality of Francoist air-raid shelters but also highlights the secret history of a militarised regime that continued with a defensive strategy even after the Civil War had ended, in an attempt to protect against an Allied incursion that was never realised. 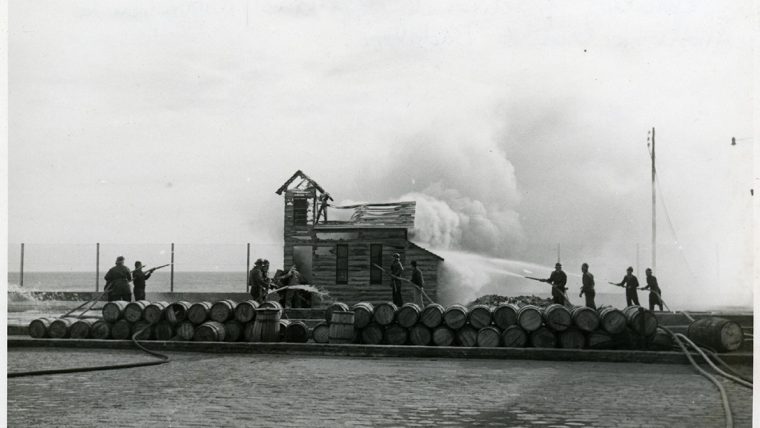 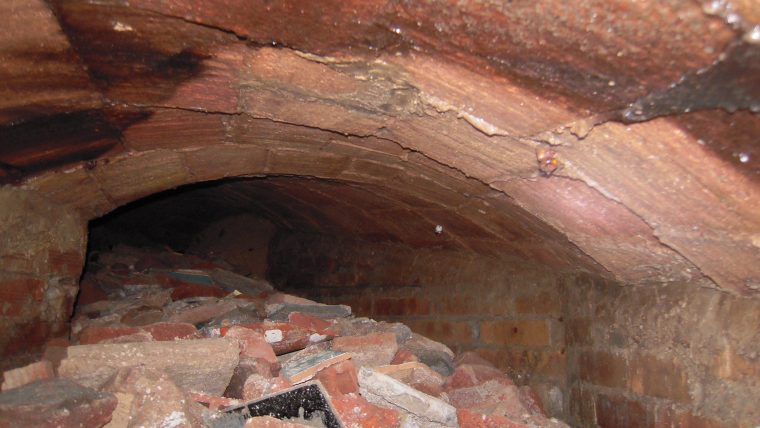 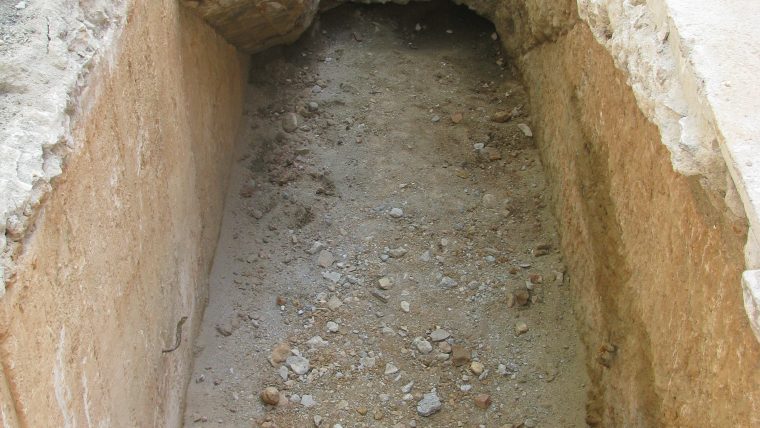 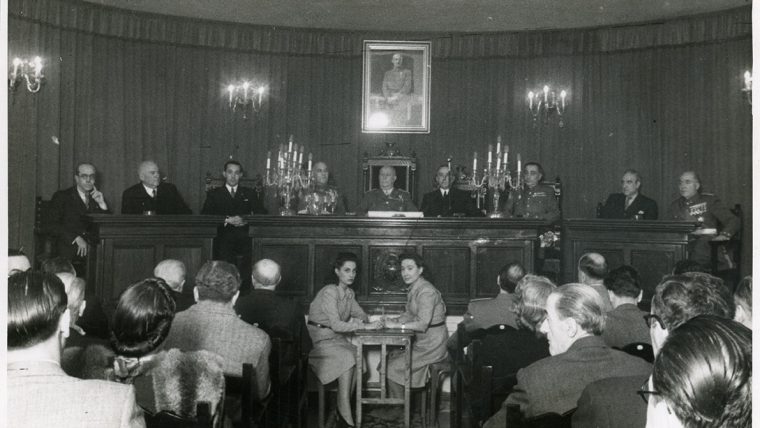