Seven candles for the eleven million victims of the Holocaust

The city marked International Day in Memory of the Victims of the Holocaust again, the City Council and the Government of Catalonia taking in part in a memorial ceremony which this year commemorated 75 years since the liberation of the Auschwitz death camp. Seven candles were lit, one for each of the collectives who were victims of the Nazis, and a minute’s silence was held. Various pieces of music were also performed. 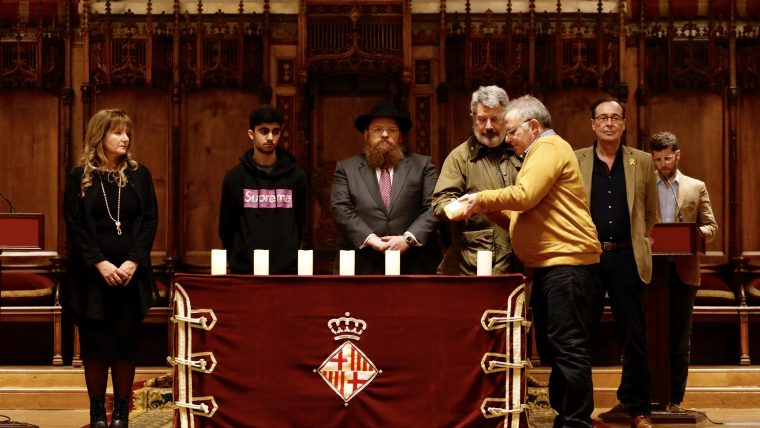 The barbarity of the Nazis caused many victims, many of whom belonged to different groups. Because of this, besides lighting a candle for the six million Jews who were murdered, representatives from these other collectives lit six more: in memory of the Jewish resistance, the million and a half child victims, the Roma people, republicans deported to concentration camps and other collectives such as LGBTI people and masons. The last candle was lit for the Righteous Among the Nations, those who risked their lives to save Jews who were being persecuted.

The ceremony included performances of El malei rachamim, a Jewish prayer for the deceased. Before that, the ceremony opened with the song Arvoles yoran por luvyas, a Sephardi piece sung by Spanish Jews in the death camps.

The lighting of the candles preceded a minute’s silence for the victims of the Holocaust, accompanied by the musical performance Nigun. School students from the IES Francisco de Goya started the reading of texts and were joined by the ‘Mai Més’ network for memory and the prevention of fascism, the Amical de Mauthausen i Altres Camps and Maria Manzanares, from Bet Shalom.

The ceremony concluded with a performace of Gelem Gelem, the anthem of the Roma people, and El cant dels ocells.

Barcelona, a shelter for Jews

Between the two world wars, the city was the destination for Jewish migration. The MUHBA is looking at the paths of families, individuals, companies and Jewish groups with a visual display entitled ‘Barcelona, Shelter for Jews’, which can be visited at the Capella Reial de Santa Àgata up until 2 February.

Auschwitz was one of the first camps to be liberated in 1945 and was followed by many others in the months afterwards, such as Buchenwald (3 to 7 April), Sachsenhausen, (17 to 20 April), Ravensbrück (29 to 30 April) and Mauthausen (5 to 6 May). For this reason, the 75th anniversary of the liberation of the Nazi camps will carry on over the coming months.

The City Council is working with the association Amical de Mauthausen i Altres Camps i de Totes les Víctimes del Nazisme d’Espanya, as well as with the Amical de Ravensbrück to strengthen work carried out in memory of the victims and to promote democracy and human rights. 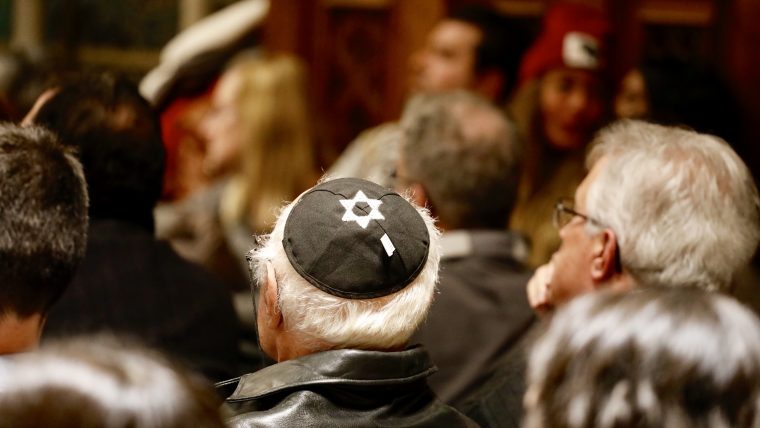 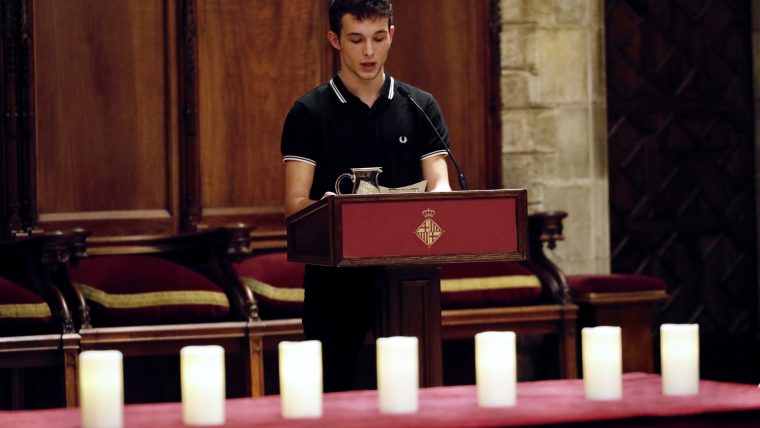 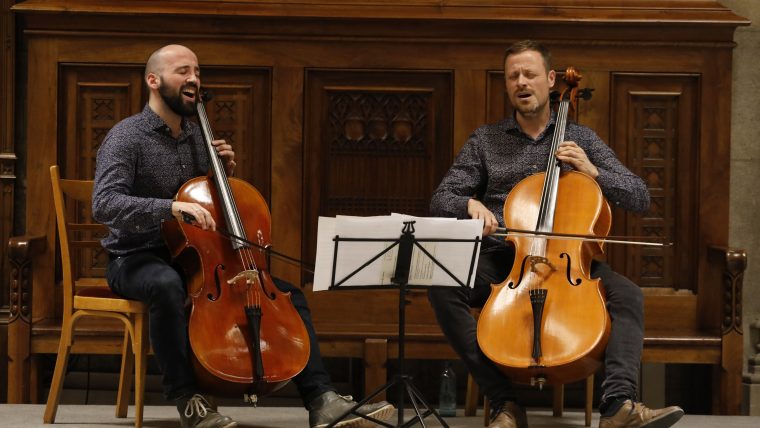