A new government measure seeks to give creative industries a new dimension in the city. The Councillor’s Office for Tourism and Creative Industries has defined action to drive this sector forward, with the Disseny Hub Barcelona playing a key role. 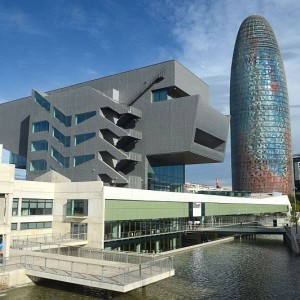 Creative industries are the future of Barcelona, from the most traditional sectors of design and fashion to new emerging sectors, such as videogames and others appearing in spheres such as architecture, urban planning and gastronomy. These industries create numerous jobs and are rapidly growing, exploiting talent and creativity.

Because of this the idea is to promote and develop the sector with a government measure featuring new lines of action, to be presented at the full council meeting of October.

The goal is to activate the city’s creative industry, at the same time turning the DHUB into an iconic space to drive action and promote it from the perspective of public policies.

The measure also seeks to create the Cluster Barcelona Creativa to take the lead and become the interlocutor for the city’s creative industries, boosting sectoral participation, promoting training, research and business launches, as well as broadening the industry’s influence and generating sectoral relationships with other spheres.

The measure also seeks to establish connections with schools and universities and generate joint dynamics on training and research through agreements. This will enable labour insertion channels to be created in companies, as well as strengthening networks.

The strategy also involves putting together an ongoing internationalisation plan for creative industries, giving the sector a presence at fairs and markets, mapping out the creative sector and developing a strategy for generating ties in special areas where creative industries are concentrated, such as the 22@.

More information on the government measure can be found at http://ajuntament.barcelona.cat/premsa/wp-content/uploads/2019/10/MG-Industries-creatives-maqueta-V1.pdf

A city for creative industries

Barcelona is a hub for creative industries, with figures to back this up. Jobs in the city account for 49.5% of all jobs in this sector in the Spanish state, practically half. The figure of 135,000 jobs has been surpassed for the first time after more than 30,000 were created in the last five years.

The Catalan capital has 23,882 establishments devoted to the creative sectors.