Analysis and recommendations to cut the digital gender gap

A study entitled ‘The ICT ecosystem from a gender perspective in Barcelona’ offers a snapshot of the current situation of women in the spheres of education and research, associations and community life, and the world of work. The study makes recommendations to help guide public administrations when devising policies to combat the digital gender divide. 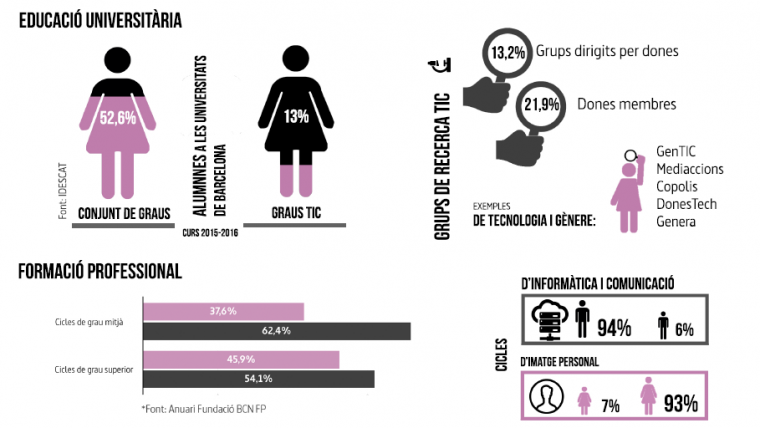 The digital gender divide relates to the difficulty women have in accessing technology, either because they have no device connected to the internet or because they have not been able to acquire the necessary knowledge to live and work in present day society, in turn having difficulties in finding work.

The digital divide appears in the early stages of education, with stereotypes and gender roles causing girls to undervalue their ability and start losing interest in technological subjects. This situation is perpetuated through secondary education, where research shows only 7.5% of cultural and scientific figures studied as examples in books correspond to women, meaning girls don’t feel represented and opt for social study paths rather than scientific or technological ones. This becomes evident during baccalaureate studies, with girls accounting for over half of students but only 45.32% of them choosing technological courses.

In universities, the situation is even more worrying. Despite women accounting for over half the overall number of students (52.6%), they represent just 13% of the total number taking courses relating to information and communication technology (ICT).

This scenario is repeated in other spheres in society, such as associations, community life and the world of work. In the first case, out of Barcelona’s 20,000 associations, just 4% of members are women and out of those, only 1% are involved in the ICT sector.

In the world of work, women account for just a third of the ICT sector and within that same sector continue to occupy jobs in finance and administration, marketing, human resources and sales.

Measures put forth by the study include initiatives within school study programmes to reflect on and learn from non-biased gender models and to foster scientific vocations. Similarly, the study suggests strengthening ties between the ICT sector and women’s associations: promoting women’s presence in public posts; working from all angles to boost awareness in all political measures; to identify, value and exchange good practice among companies, and to raise the profile of women at leading technological events such as the Mobile World Congress and the Smart City Expo.

For more information see the study in full. 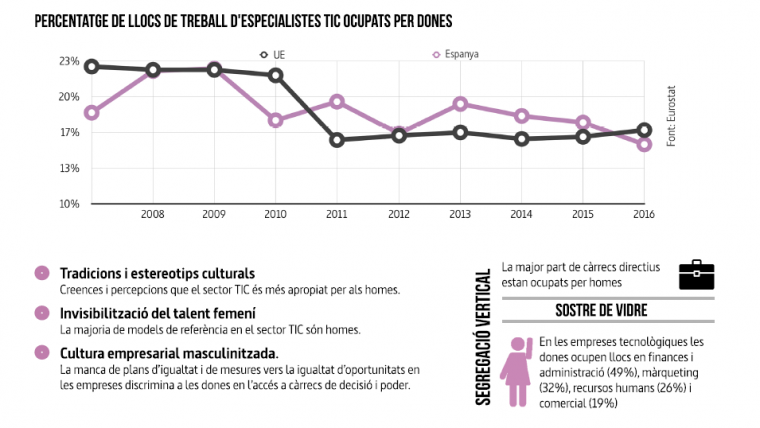 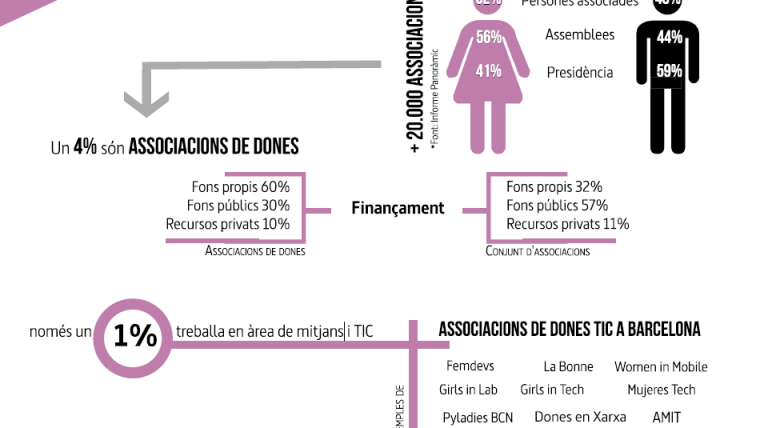