Over 20,000 participants in activities at the LGBTI Centre in its first year

The Barcelona LGBTI Centre has organised 503 activities in just one year, with 20,565 people taking part. The centre offers a range of services specialising in sexual, affective and gender diversity, and has provided support for 309 people in its first year. It is also a pioneering facility in the implementation of a personalised support programme for trans people. 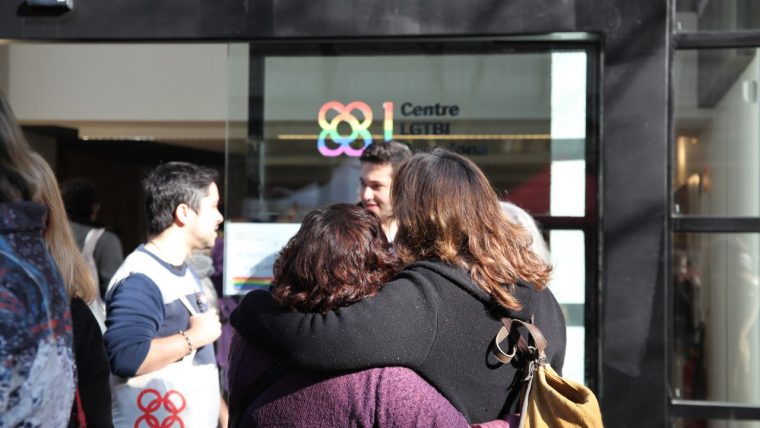 Since it opened on 19 January 2019, there has been no let-up in activity at the Barcelona LGBTI Centre. The in-house programme, consisting of various cycles, offered 61 different activities, representing 12.5% of the ceremonies and events held there. For their part, resident entities at the centre organised 42% of the activities at the centre, with the other 45.5% promoted by fifty entities, social collectives and community projects based elsewhere, making this a facility which is open to the city’s entire LGBTI movement.

Activities at the centre include meetings, get-togethers, seminars, lectures and audio-visual screenings, with an average attendance of fifty people. The open day, which was used to introduce the LGBTI Centre to the general public, attracted 9,000 people. The second largest event in terms of participation came after the fascist attack on the building on 26 January. On that occasion a thousand people turned out to demonstrate their rejection of the aggression.

The events-organisation and support service at the LGBTI Centre received 3,158 information requests from citizens, either online or in person, with nearly 10% of requests being referred to the care service to be handled individually by professionals.

This is the first time that people in Barcelona have access to a range of services specialising in sexual, affective and gender diversity, via the LGBTI Centre. In its first year, these services attended to 309 people.

Requests for support reach the LGBTI Centre via the care service, an initial space where a social worker engages with users, groups and families to identify their needs. This initial process determines if cases can be handled directly or whether they are to be referred to specialists at the centre or other teams run by the administration.

The 309 people attended to made 339 different requests. The most common were to do with formalities relating to foreigner status, asylum and international protection (13%), labour advice (11%), welfare benefits (11%), guidance in relation to intrafamilial conflicts (11%), guidance and support about personal transit experiences (10%) and psychological advice (10%).

Enquiries were also handled in relation to marriage, unmarried partnerships and adoption, with support provided for 28 people in connection with aggressions, attacks, discrimination and other types of LGBTI-phobic violence.

By gender identity, 42% of cases handled were cis men, followed by cis women (30%) and trans women (19%), the latter almost tripling requests for advice or support by trans men (7%). Overall, the LGBTI Centre attended to the same percentage of women as men (49%), with 2% of users gender fluid or non-binary.

The LGBTI Centre aims to become a point of reference for trans people, working in conjunction with existing organisations and services. Because of this, a specialised psychological support service was set up in June and will be expanded in the first quarter of 2020 with a new programme of personalised support itineraries.

The idea is to create a broad, plural and intergenerational socialisation space for trans people, open to all citizens, and to establish personalised and flexible support itineraries which empower users and provide them with the tools for their life project.

The new model uses a team made up of a social worker, a psychologist specialising in support for trans people and an implementation team. It also features various levels of individual support and two new group work and awareness mechanisms: a meeting space between equals, allowing people to share their experiences and create bonds, and body self-confidence workshops aimed at working on people’s perception of self and their relationship with their bodies.

Each person will start their support itinerary with LGBTI Centre Information Service, which will identify their needs and inform them about the resources available in-house and externally. If the situation requires personalised follow-up, the care service can be used. The social worker will provide more in-depth support, referring the user to public resources and programming sessions with the specialist psychologist.

Anniversary celebration at the LGBTI Centre

The LGBTI Centre is organising a big anniversary bash to celebrate a successful first year, with art interventions, workshops, family activities and music.

The celebration is being held at the centre and in C/ Comte Borrell on 18 January, from 11 am to 10 pm, filling the space with creativity and conveying a message, with the humour and irony of the master of ceremonies, Brigitta Lamoure.

The art interventions inside the centre will reflect on the postmillennial universe, celebrations as a mechanism for cohesion and the arbitrariness of names, as well as other questions relating to affective, sexual and gender diversity. 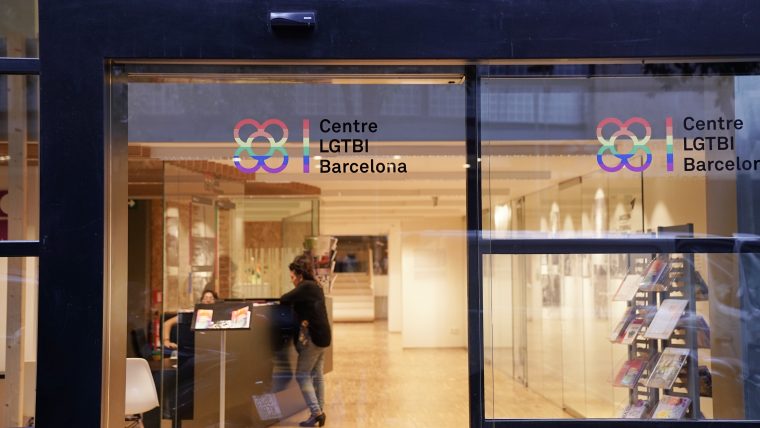 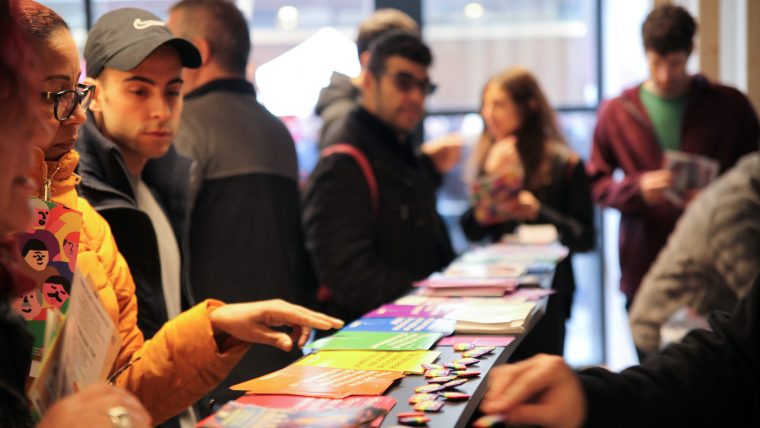 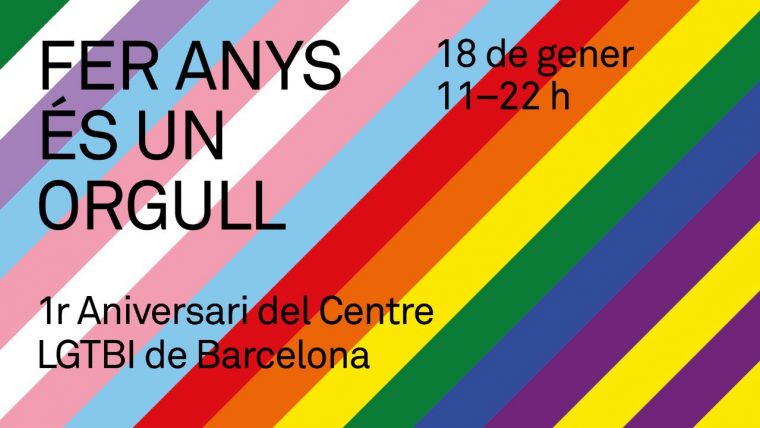 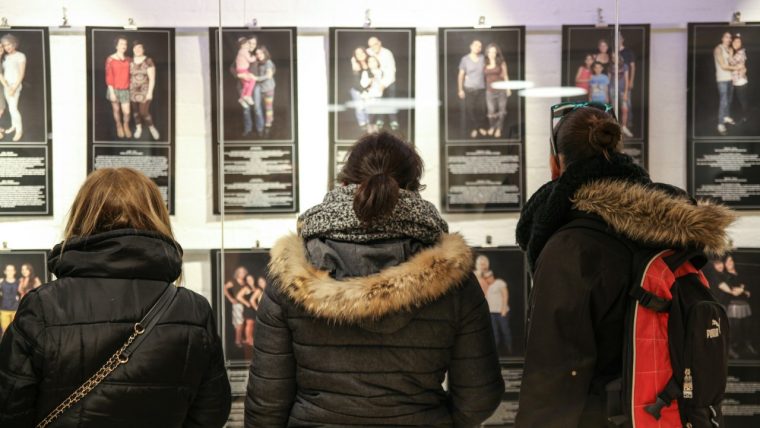 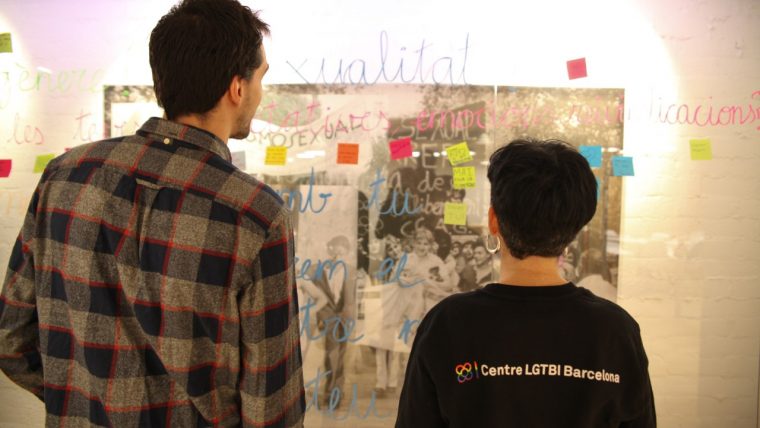