The way information is handled is crucial in combatting sexual aggressions against women. The combined work of a group of journalists, expert support psychologists and women who have suffered gender violence has now been published in the report ‘Recommendations on how to report sexual aggressions’. 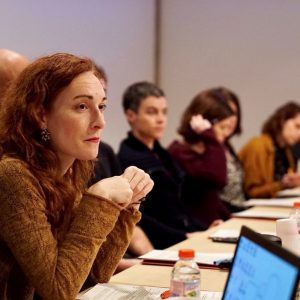 The aim of the report is to transform the discourse of the media, because of their role as constructors of reality and creators of opinion, achieving a change in the collective conceptualisation of sexist violence and aggression.

The study is based on the voices of twenty women who have suffered sexual aggressions and who are currently in the process of recuperation, visualising them as active subjects with full rights and distancing them from the usual victimised image presented by the media. The study makes the following recommendations:

The report Recommendations on how to report sexual aggressions was funded by the Councillor’s Office for Feminism and LGBTI, which will now work on incorporating the recommendations into the work of the City Council and among the media, journalism and communication faculties, journalists’ associations and other public and private institutions. The overall aim is to work on eradicating sexual violence and gender inequality by changing sexist stereotypes and media narratives.