Greater prevention and more resources to build an anti-racist Barcelona

The latest report from the Office for Non-Discrimination (OND) shows that racism and xenophobia are still the main cause of discrimination in the city, a pattern which has remained unchanged in recent years. A new strategy is being implemented to change this situation, entitled “Towards an anti-racist Barcelona”. With an initial budget of 400,000 euros, the strategy reflects the need, the will and the commitment to involve racialised people in the design and roll-out of work areas to combat discrimination on the grounds of origin. 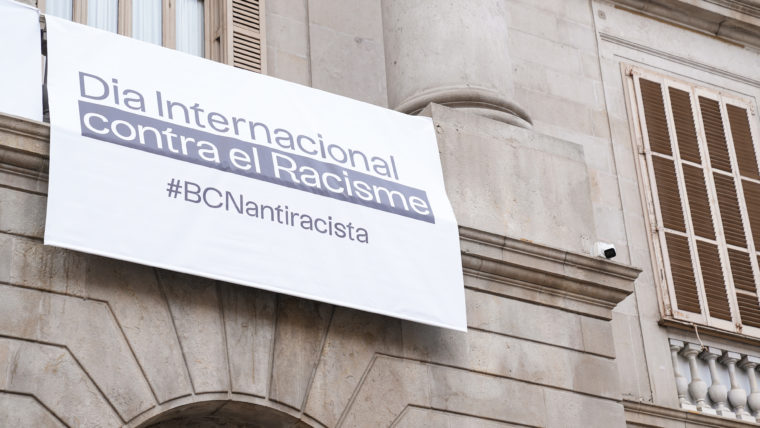 The measure envisages various actions, such as the creation of a pool of racialised training staff who will take part in training activities for internal municipal staff who are in direct contact with the public and in external training organised by the OND.

We need to know how discrimination works if we are to develop specific and effective action. The government measure shows that Barcelona has a multi-racial society, with many racialised people not coming from a migrant background or from a very distant one. Some 29% of people in the city were born abroad, yet socio-cultural diversity is not limited to the act of migration. In Barcelona there ate a thousand communities and organisations linked to religions and belief systems from 27 different traditions, and over 300 languages are spoken.

All these variables tend to get left out of most studies which analyse diversity. In this respect, the measure “Towards an anti-racist Barcelona” will design and conduct the fieldwork for a study which resolves this shortcoming, under the guidance of methodology experts and racialised people.

Boost to the Office for Non-Discrimination

Under-reporting (which involves the normalisation of racist conduct) is one of the factors the strategy seeks to tackle, to avoid the normalisation of discriminatory behaviour. In this respect, the Office for Non-Discrimination is to set up two information points on discrimination and the defence or rights, one in Sant Andreu in 2022 and the other in Sants-Montjuïc in 2023. In addition, the Antenes project will provide skills for public entities such as local residents associations and the AFA so that they can collaborate with municipal services against discrimination.

Preventing racism in schools and the property sector

Education communities and schools are to be one of the focus points for the anti-racist perspective, with the increase in schools on the programme Schools for Equality and Diversity or the improved presence and expression of the diversity of society in teaching materials. In addition, the measure seeks to transcend the classroom and reach other spaces in education such as dining-rooms, extra-curricular activities, family associations and non-formal education.

Regarding the property sector, the recent study “Discrimination a la carte” revealed a broad acceptation of discriminatory practice among estate agents. Because of this, the government measure envisages a training programme with sectoral professionals to prevent and put a halt to discriminatory attitudes and to carry on developing collaboration with property representatives, estate agents and agencies.

Let’s turn racism on its head

In a bid to raise public awareness and give visibility to a phenomenon which occurs at all levels, the communication campaign #BCNantiracista has been launched to coincide with the International Day for the Elimination of Racial Discrimination, held every 21 March.

The campaign consists of messages that have been turned around to break down the most common racist arguments and show how absurd they are. The campaign was designed by the agency Putos Modernos and uses satire to raise awareness. 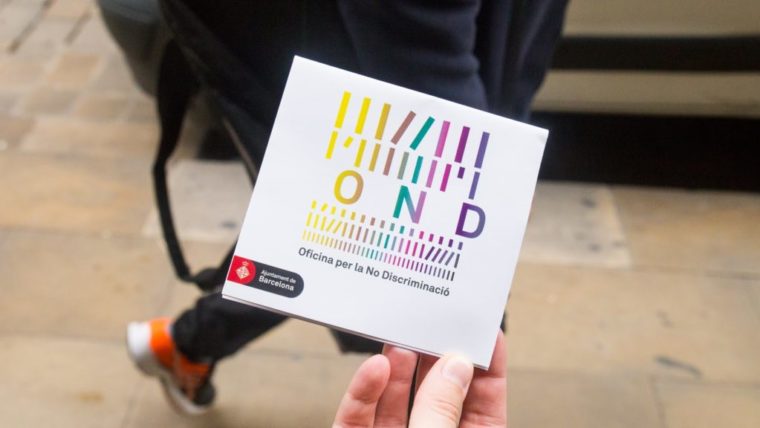