Disruptions to mobility from 30 May to 5 June

The weekend of 30 and 31 June will see mobility disrupted to allow resurfacing work along a section of the Ronda de Dalt ring road. Elsewhere, the T4 tram line will also be out of service between the Ciutadella-Vila Olímpica and Glòries stops to allow work on trees from 2 to 5 June.

Resurfacing work on the Ronda de Dalt ring road will mean some lane closures between 2 pm on Saturday, 30 May, and 7 pm on Sunday, 31 May, as follows:

All three traffic lanes will be closed in the section between access 10 (Pedralbes) and exit 9 (Sarrià), which includes the tunnel by the Parc de l’Oreneta. Traffic will be diverted using exit 11 (Diagonal) and exit 10 (Pedralbes), except between 11 pm on Saturday and 9 am on Sunday, when only exit 11 will be operational.

For traffic going in this direction, all three lanes will also be closed in the section between access 9 (Sarrià) and exit 10 (Pedralbes). Vehicles will be diverted using exit 7 (Sant Gervasi) and exit 9 (Sarrià). From 11 pm on Saturday to 9 am on Sunday only exit 7 will be operational.

Disruptions to the tram service

The section of the T4 tram service between the stops of Ciutadella-Vila Olímpica and Glóries will not be operating between Tuesday, 2 June, and Friday, 5 June (8 am to 9 pm). This will enable tree surgery and pruning to be carried out on the plane trees in C/ Wellington. 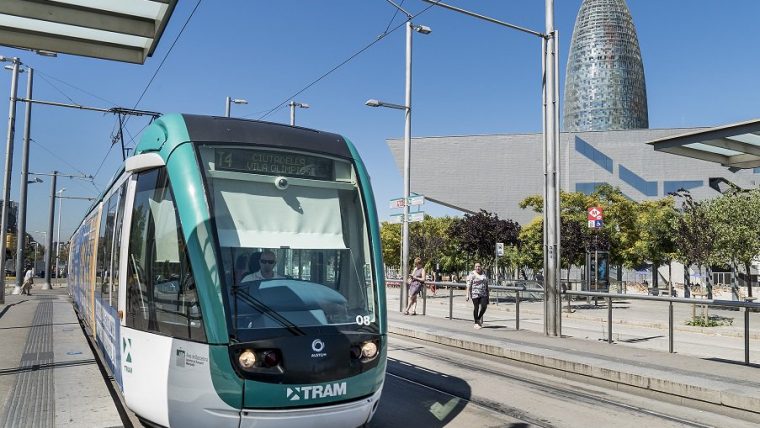