Designed for people, well-connected and adapted to climate change. The new green promenade at the Mar Bella will connect the Diagonal Mar area and the seafront in the neighbourhoods of Poblenou and El Besòs i el Maresme with the rest of the seafront, fulfilling the long-standing need to renew the last stretch of the city coastline still to be remodelled. 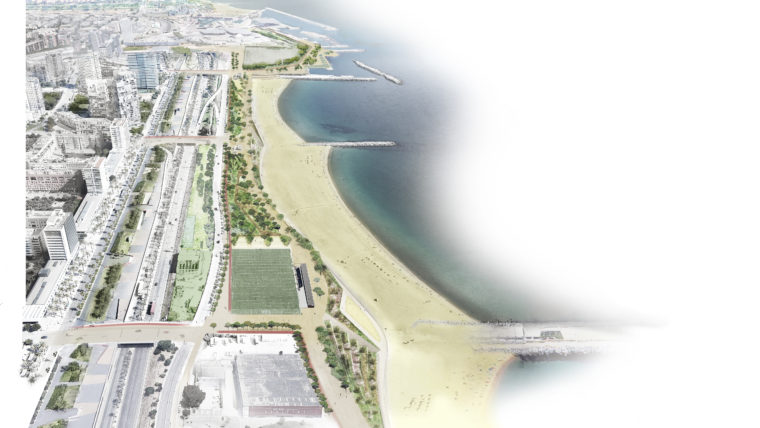 The project stretches from the Mar Bella sports complex to Plaça de Llevant and will complete the Barcelona seafront, connecting the city’s coastline from one end to the other.

The idea is to put people’s needs at the heart of urban planning and regain everyday public uses in this part of the city. The project ensures the continuity of the promenade along its entire path, making access easier to the seafront. The passage will be designed to resist the impact of climate change and rising sea levels, offering sports uses and spaces to play in too.

Its location on the boundary with Sant Adrià de Besòs will also have a positive impact for the metropolitan area.

To get the 11-hectare project under way, the municipal government organised a participatory process to bring together the demands and requirements of local people for this space in the future.

Eight sessions have been held since last October, including meetings, exploratory walks and workshops to identify shortcomings and find solutions. One of the main things agreed on was the need to turn what has so far been a deserted area into a new passage, well-connected and people-centred. With this as the premise, a draft project has been created and was presented today to those involved in the participatory process.

One of the characteristics of the new promenade is the fact it will be built taking into account the climate emergency. To achieve this, the project will adapt to possible rises in sea levels, doing away with the current two levels separating the promenade and the sand and creating wide slopes with accessible ramps and embankments with vegetation and places for people to sit.

The plan is to build a pedestrian passage at least 12 metres wide, plant over 800 trees and create 25,000 m2 of green spaces, with a bike lane along the entire length. In addition, to ease the intensity of activities and organise them better, a second strip of beach is being considered with recreational spaces, sports areas and children’s play areas.

The future green promenade will be complemented with a project to link it to Rambla de Prim and the bathing area at the Fòrum. This will lengthen a section which currently ends next to C/ Bac de Roda, extending it as far as Pl. Llevant. The work will finalise the process to open the city up to the sea.

Once the draft project is presented, the next stage is to draft the final projects and tender the work. This means the transformation of the space may get under way between the end of 2023 and the early in 2024. The total investment is expected to be around 44.3 million euros. 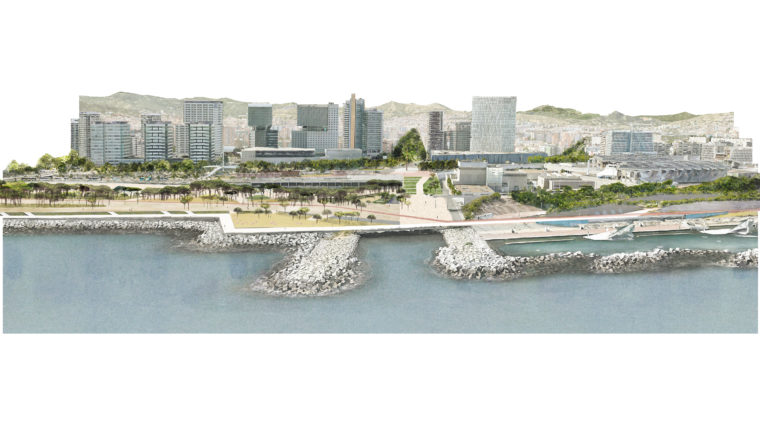 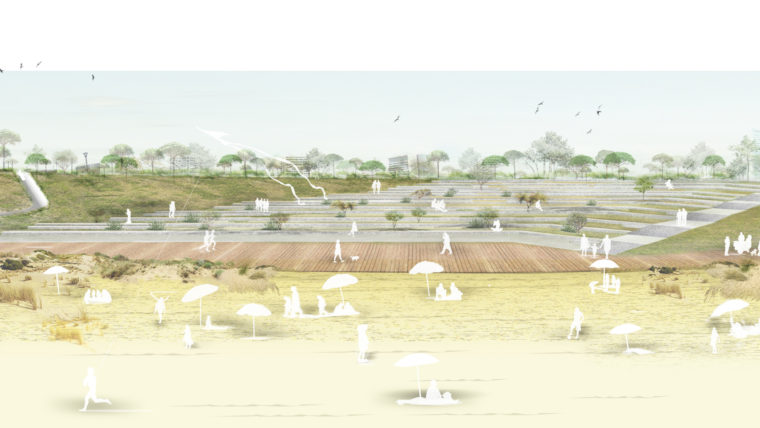 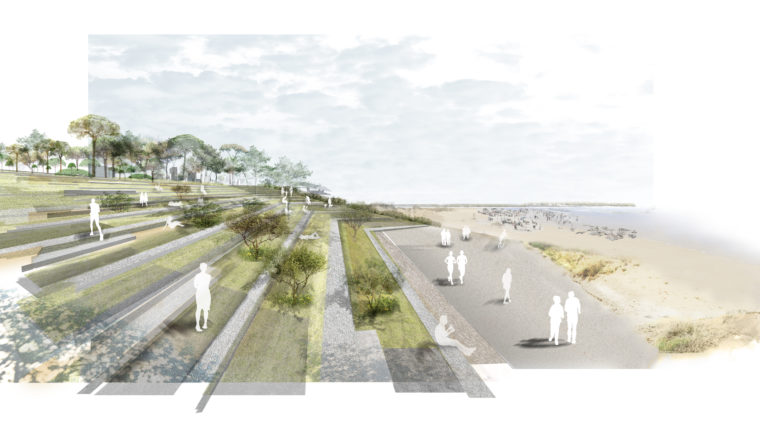 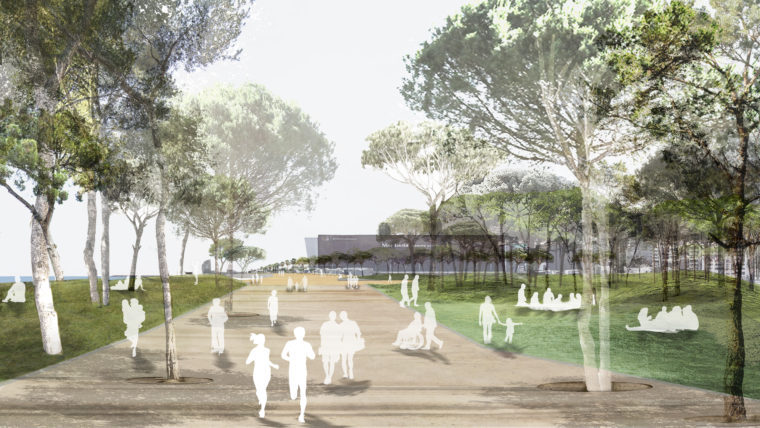 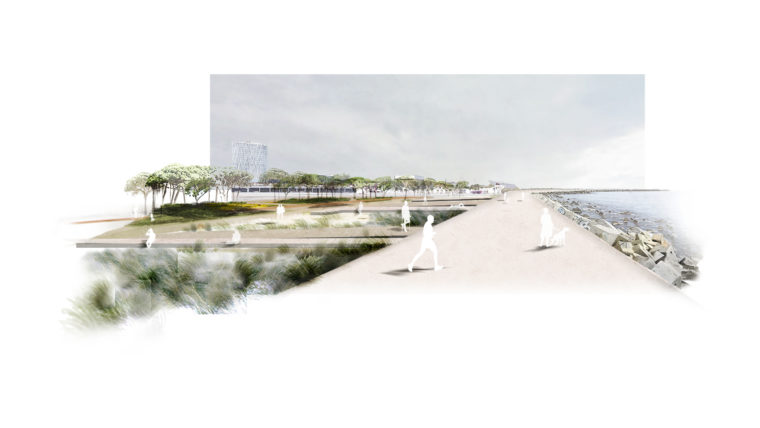 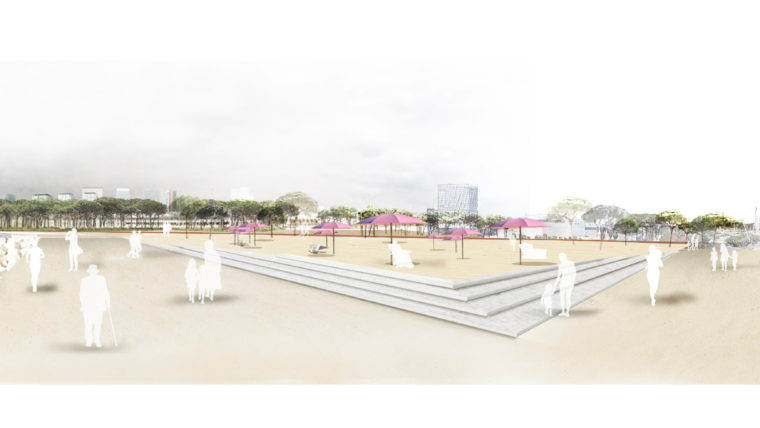