The walls inside the Sala Ciutat act as a canvas for illustrators, who get the chance to display their vision of Barcelona for six months thanks to the Altell il·lustrat. The Norwegian artist Ghina Thorstensen, whose work was displayed there from April to September 2017, won an award in the Premis Junceda 2018, and the work of the artist Lalalimola (April to September 2018) has been selected for an exhibition by Illustrators 61, a catalogue of renowned prestige. 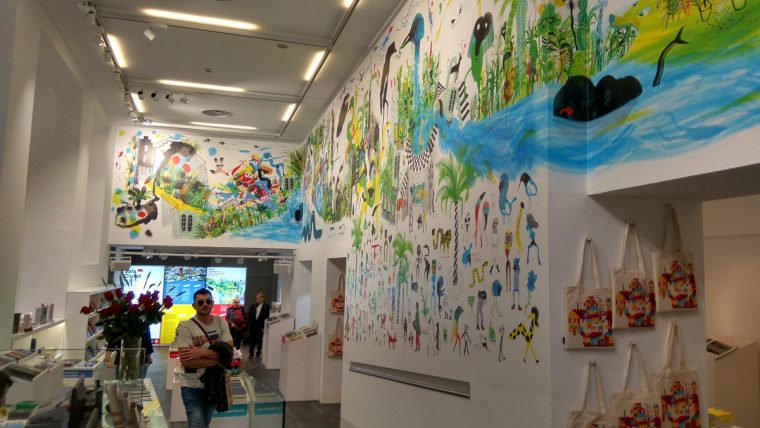 The Valencian illustrator Sandra Navarro, better known as Lalalimola, started out in publicity and graphic design, later refocusing her career in line with her vocation for illustration.

Her fresh, simple and spontaneous style is characterised by her sensitivity and dynamism, along with a touch of humour. The linear transformation of urban landscapes into narrative scenes creates stories between various everyday characters. Lalalimola produces work for the publishing, literary and publicity sectors at home and abroad.

Born in Norway, Gina Thorstensen has been living and working in Barcelona since 2001. In 2008 she won first prize in the Certamen de Còmic i Il·lustració Injuve. Since then her work has won more awards and has been displayed in publications and at exhibitions and film festivals all around the world.

As an illustrator she has worked in a wide variety of fields, such as children’s illustration and publishing, packaging, animation and murals for hotels, restaurants and institutions in Copenhagen, Oslo, Berlin and Barcelona.

In recent years she has directed various experimental video clips. Her animations combine drawing, three-dimensionality and an interest in the subject matter. In 2016 she inaugurated ‘Brollen’, an individual exhibition in Barcelona’s Galeria Cromo, with a series of illustrations, sculptures and animations.

The Sala Ciutat and the Altell Il·lustrat

The Sala Ciutat, located next to the old Gothic façade of the City Hall, is a bookshop specialising in books on the city of Barcelona. At the same time, the shop features the Altell Il·lustrat, a mezzanine which acts as a showcase for the illustration sector. Books, the city and illustration are the three main themes for a project which is still growing.

Twice a year, for Sant Jordi and La Mercè, the illustrations on the walls of the Sala Ciutat change, with new works from illustrators previously chosen by a commission of experts.

The author of the current display is the Zaragoza-born illustrator Tomás Langarita, better known as Lu_J_son. 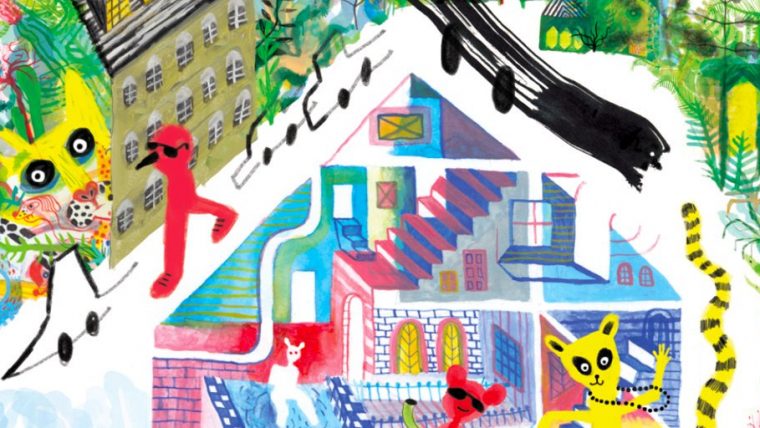 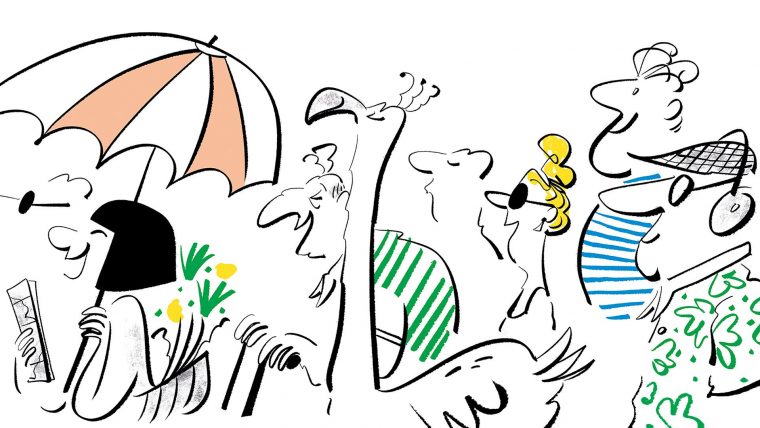 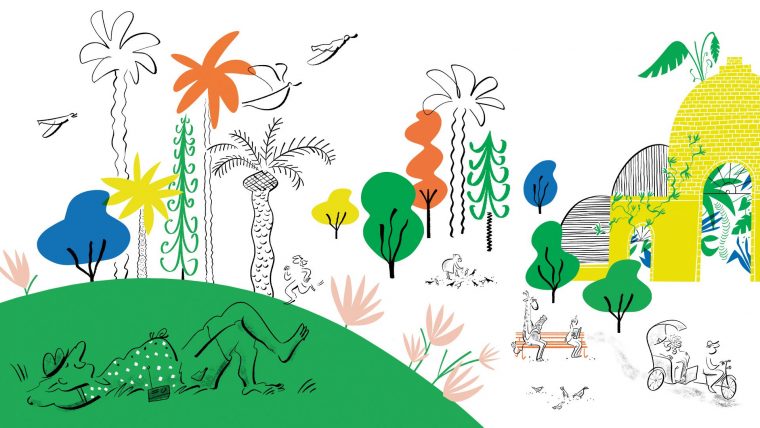